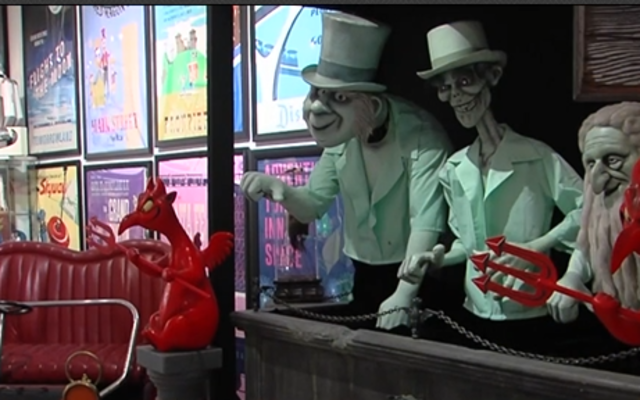 If you love anything that has to do with Disney, you'd probably have a meltdown visiting Joel Magee's place. The West Palm Beach man has the largest private Disney World and Disneyland vintage memorabilia collection in the world.'America's Toy Scout' , 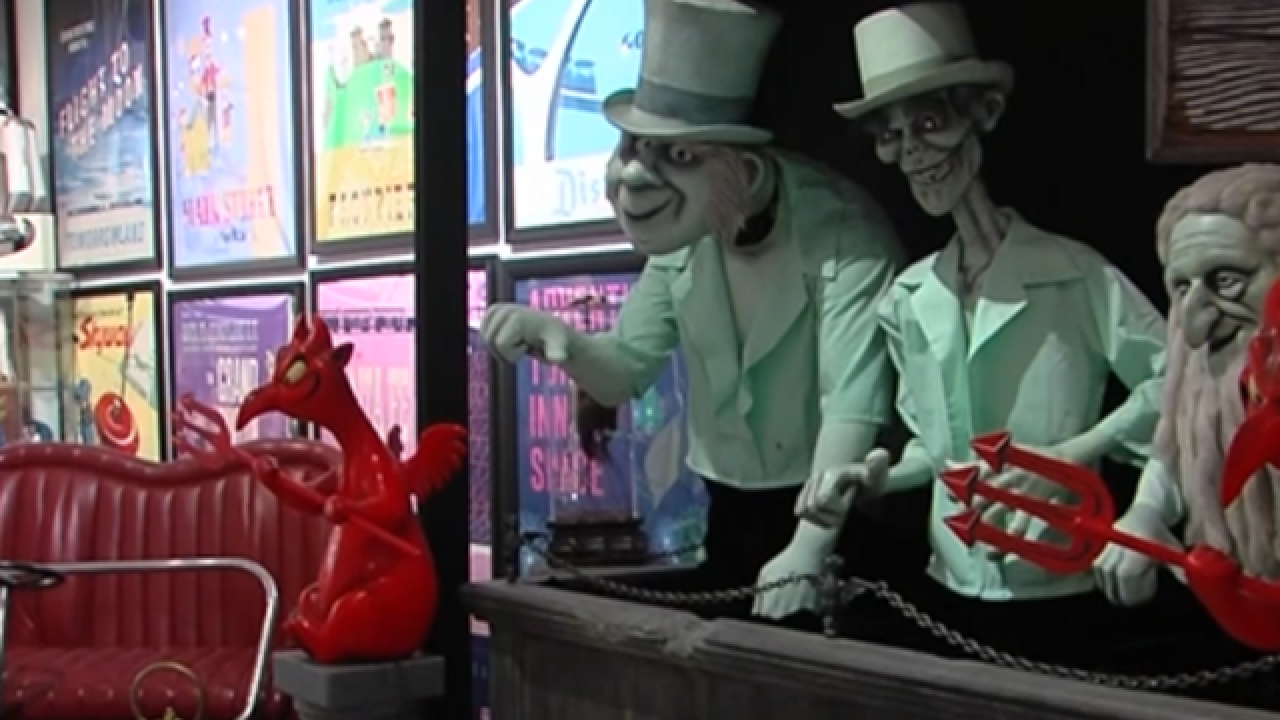 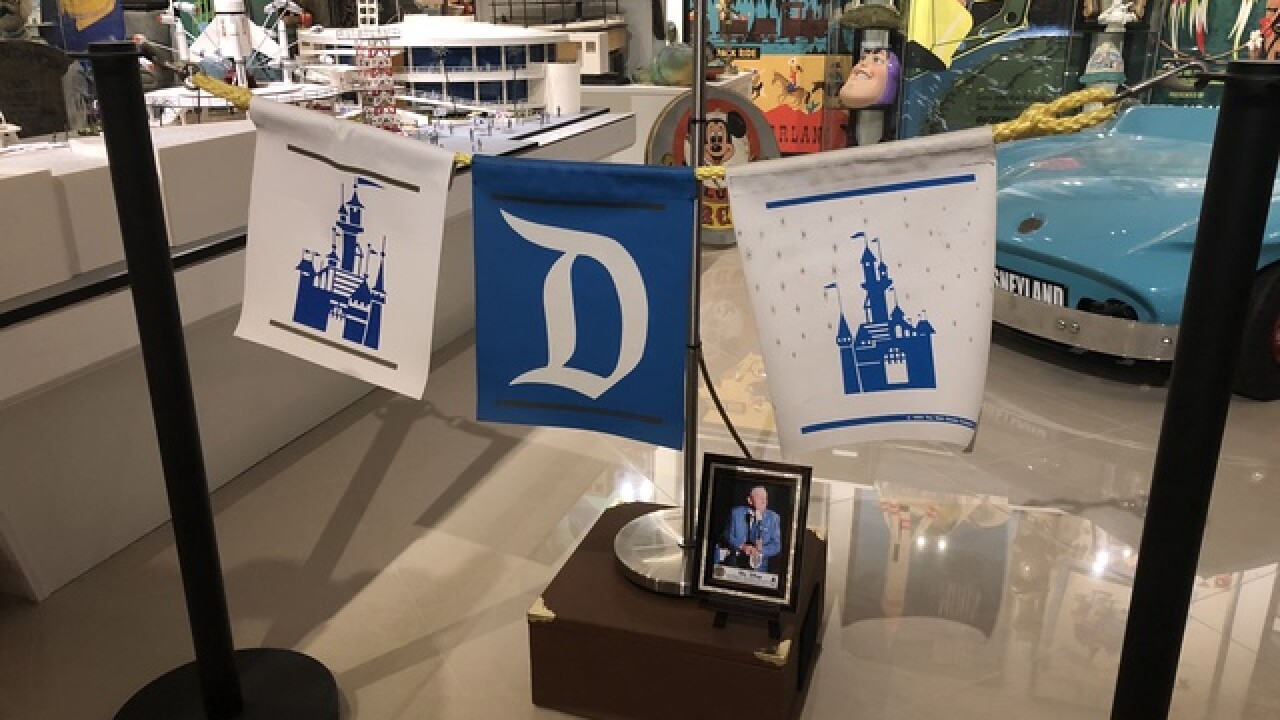 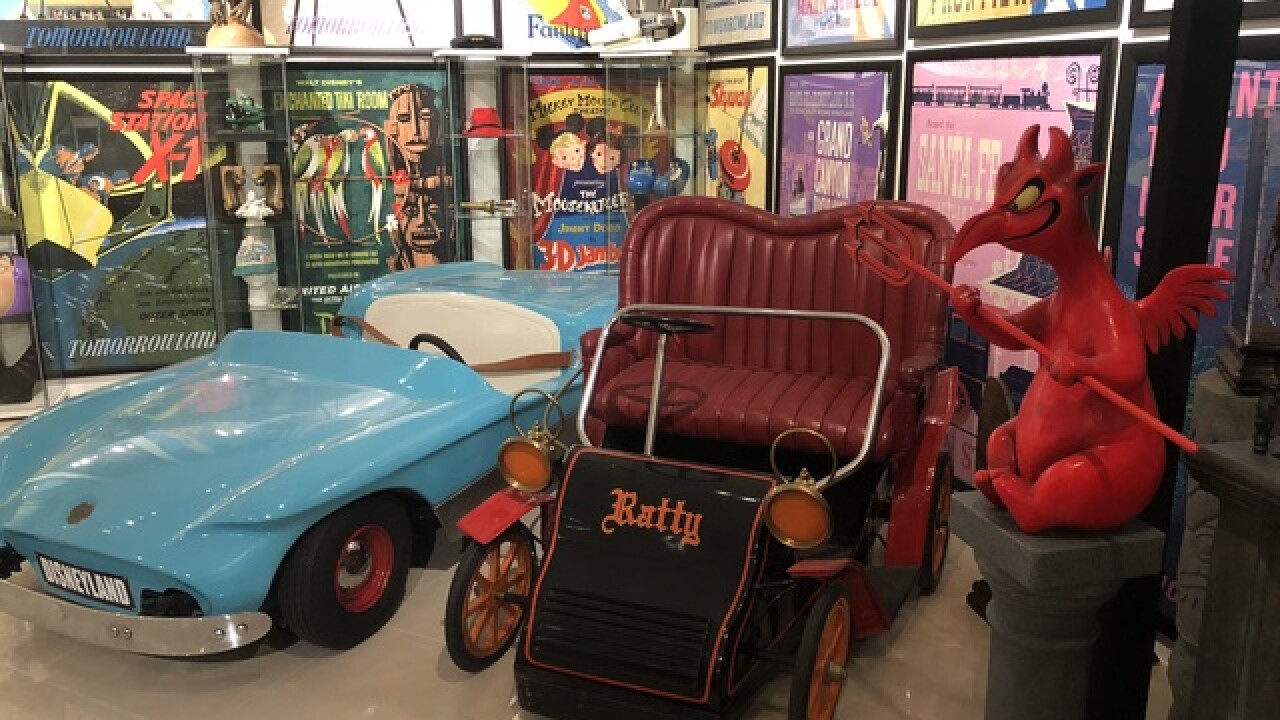 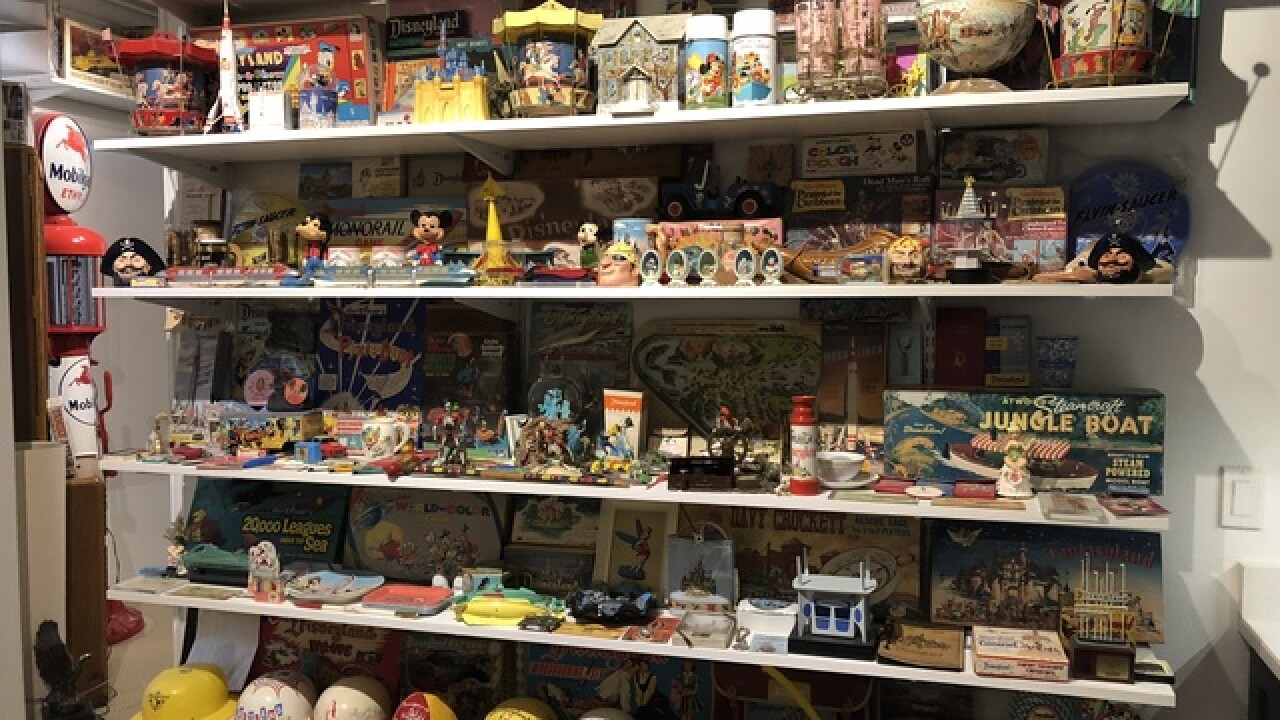 If you love anything that has to do with Disney, you'd probably have a meltdown visiting Joel Magee's place.

The West Palm Beach man has the largest private Disney World and Disneyland vintage memorabilia collection in the world.

And very soon, his story will go national.

WPTV had a special opportunity to visit the wonderful world of Joel Magee on Tuesday. He's known as "America's Toy Scout" and if you look at his massive toy collection, you'll understand why.

One of his most prominent collections includes hundreds of Disney park prop memorabilia, worth around $2 million. It is the largest, private original Disney World and Disneyland park prop collection in the world.

"I guess I never left my childhood so they say. I love toys and I love Disneyland and Disney World so I might as well make a little peace here," he said.

"All of the sudden across the hall, I saw a G.I. Joe lunchbox I had as a kid," he said. "It was like a flood of memories come back. I was literally transported in my mind to my elementary school, in the gymnasium. It was almost like a time transport."

He ended up buying the lunch box and the rest is history.

"I was on a mission from that forward to reacquire my childhood toys," he said.

Magee owns several items that were actually inside Disneyland in California on opening day in 1955. His collections also includes the seat parts from some of the most iconic rides of all time -- the Peter Pan pirate ship and the original Mr. Toad's Wild Ride vehicle.

Some of Magee's favorite pieces include the original hitch hiking ghost props from the Haunted Mansion ride at Disney World. It's one of only three sets in existence.

"The only reason those became available is because Disney World decided to make some digital scenes for people to keep up with the new times,"  he said.

He even has memorabilia used by Walt Disney himself at a dinner event -- a placard from a microphone Disney used to give a speech during one of the final events before his death.

Magee said he feels fulfillment watching others relive their childhood through his collection.

"It's like a medicine. It's a calming effect. Very rarely can you go back to snap shots in time but through toys and through these props," he said.

Magee's collection has received so much attention that he has become the newest expert on History Channel's popular show, Pawn Stars. He will be featured on the show's historic 500th episode airing on Jan. 22.

"It really is exciting because I've always wanted to share this and now we have the medium through Pawn Stars," he said. "Disney World and Disneyland makes up some of the best memories in everybody's lifetime. There's probably nothing that influences memories in anyone's lives as those parks have."

Magee finds a lot of his collectibles by hosting toy buying events around the country where he invites people to bring old toys for him to buy, refurbish and then resell to collectors. He is hosting another event in West Palm Beach this Saturday, Sunday and Monday from 9:30 a.m. to 5 p.m. at the Springhill Suites convention room on 2437 Metro Center Boulevard.

On Monday from 11 a.m. to 2 p.m., Butch Patrick -- who played Eddie from "The Munsters" -- will be making a special appearance to take pictures and talk to fans.

Click here to learn more about Magee and his collection.