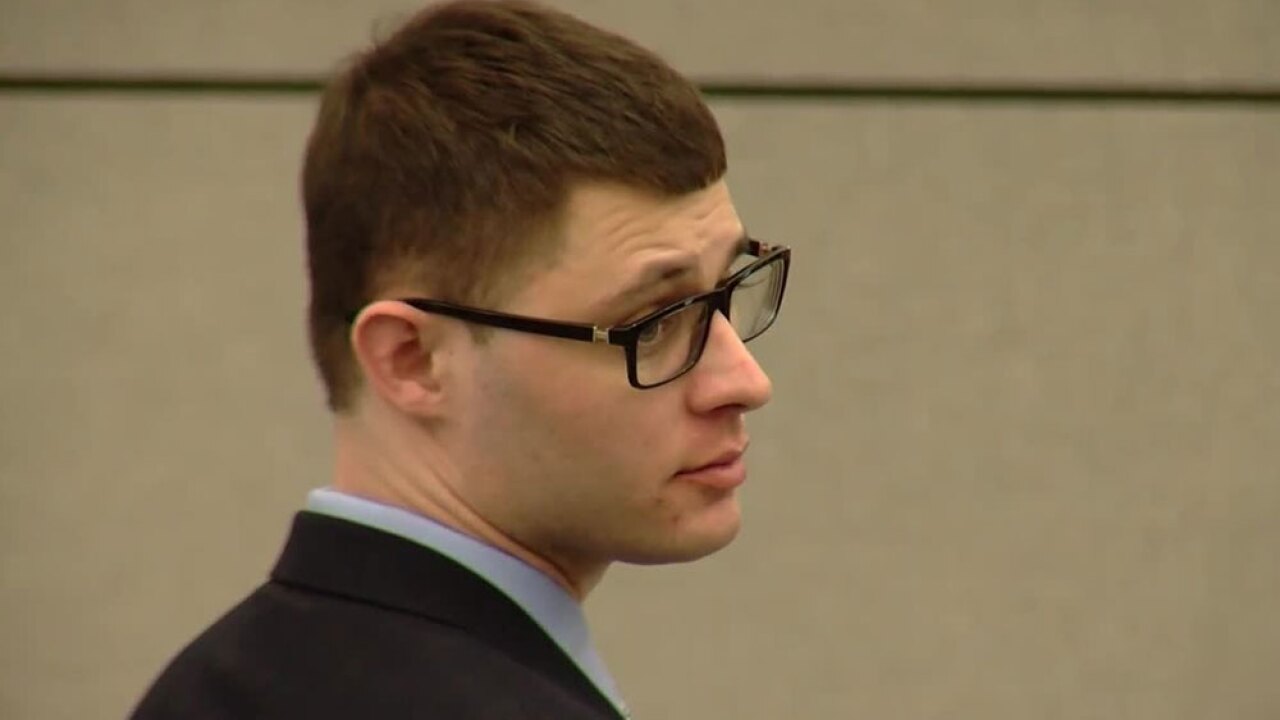 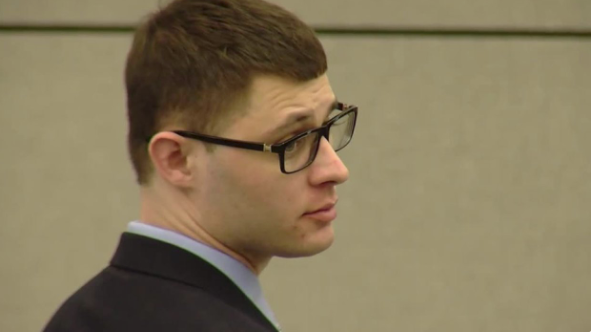 WEST PALM BEACH, Fla. — Witness testimony will resume on Monday in the trial of a 26-year-old man accused of shooting and killing three people during a Super Bowl party in Jupiter.

Court recessed around 12:30 p.m. Friday after a half-day of witness testimony. Jurors are scheduled to return at 8:30 a.m. Monday.

On Feb. 5, 2017, Jupiter police officers responded to a call of shots fired at a home on Mohawk Street in the Jupiter River Estates neighborhood.

When police officers arrived, they said they found Sean Henry, Brandi El-Salhy, and Kelli Doherty dead around a fire pit in the backyard.

Key evidence found near an abandoned getaway car was shown to jurors in court on Thursday.

The day after the shooting, police found the abandoned car on I-95. The blue Honda belonged to Henry, one of the victims. Investigators believed the shooters took the car from the home’s driveway after the crime and later abandoned it.

A crime scene investigator told jurors on Thursday that key evidence was found in a storm drain over a concrete wall next to the Honda.

A rifle, revolver, black hoodie, and pair of gloves were hidden inside the storm drain, the technician testified. The rifle had ammunition inside and an agent with the Jupiter Police Department learned the gun had malfunctioned because it had a lodged bullet.

"In a high-stress situation, if you haven’t trained on how to clear a malfunction, you probably would be overwhelmed with it," said the now undercover agent.

"Ok, so it would cease the shooting?" asked prosecutor Jill Richstone.

"Most likely," said the agent.

On the night of the shooting, detectives said they saw Vasata dropped off next to a BMW in the Paseos neighborhood near the shooting scene. Keys to the BMW were in a black hoodie found in the storm drain.

Vasata’s defense team asked the state’s witnesses whether they ever found any masks in their search for evidence. They said no. Initially, Charles Vorpagel, the host of the Super Bowl party, told police that masked men came in and started shooting.

Vorpagel is expected to testify.

Vasata’s attorneys turned the jury’s attention to a significant amount of guns and drugs found in Vorpagel’s home. Pictures of shotguns, rifles, bullets, marijuana, pills, and cocaine were all shown to jurors.

"There’s a bow, there was a couple of rifles, and a handgun," said crime scene investigator Teresa Bryant as she named items in the pictures.

WPTV's Michelle Quesada is in court and providing updates online and on air.