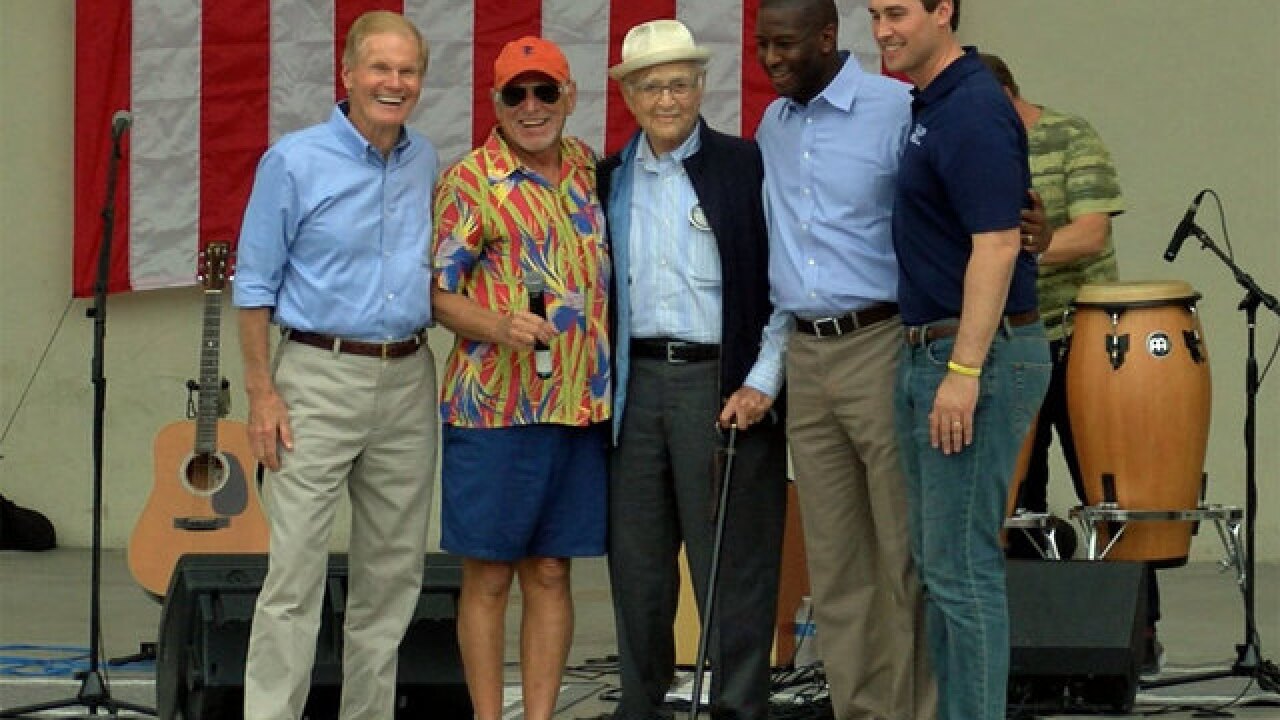 Performing Saturday at a West Palm Beach campaign rally for U.S. Sen. Bill Nelson, who is being challenged by Scott, and Tallahassee Mayor Andrew Gillum, who is running for governor, Buffett urged his fans to vote Democratic by tweaking the lyrics of two of his most popular songs.

To take a dig at Trump he changed the wording of "Come Monday" to "Come Tuesday, things will change. Come Tuesday, we're making a change. It's been two insane years and it's time to really switch gears..."

Then, using "Margaritaville," he criticized Scott for the state's environmental problems: "Some people say there's a red tide to blame, but I know, that it's all Rick Scott's fault."