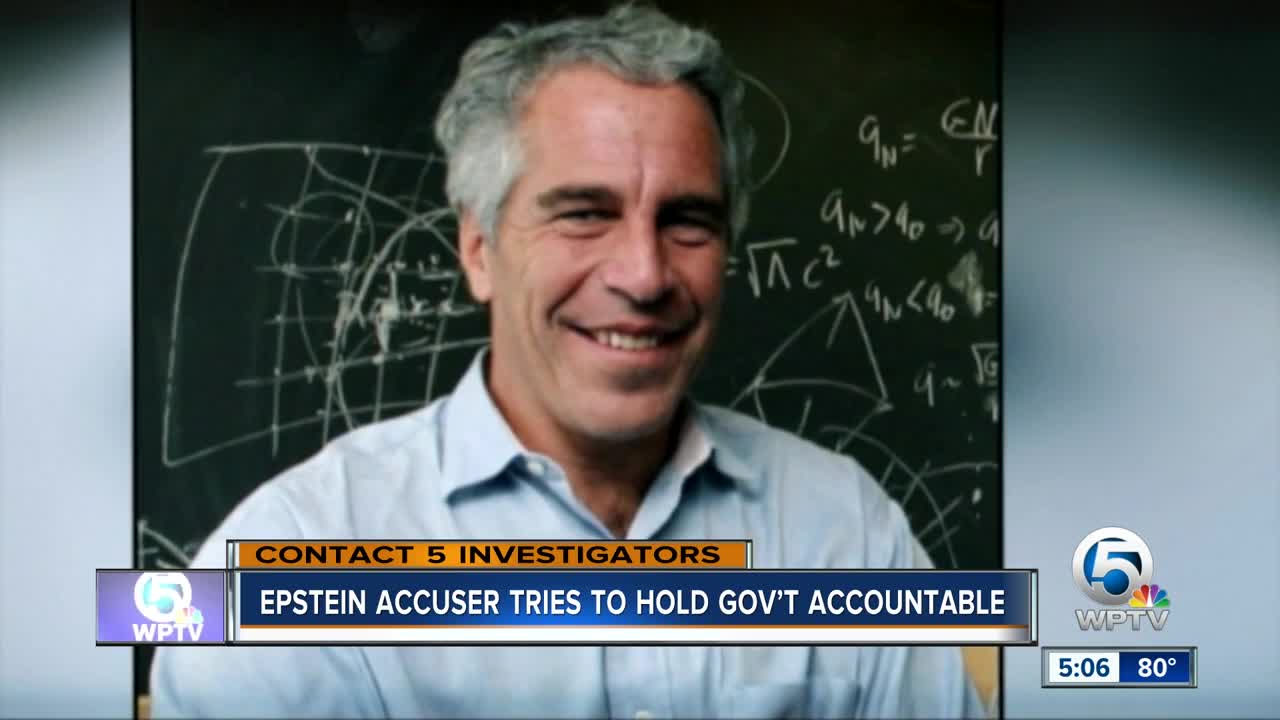 Attorneys representing one of Jeffrey Epstein's accusers were in federal court in Miami trying to hold the U.S. government accountable for its role in the Epstein saga.

MIAMI - One of Jeffrey Epstein’s accuser’s is fighting back after a federal judge refused to unseal records in a local case, which could out the financer’s co-conspirators.

The accuser, Courtney Wild sued the U.S. government back in 2008, because prosecutor’s negotiated a secret, non-prosecution agreement with Epstein and never told any of his victims about it.

Because of that deal. Victims like Wild never got their day in court, and Epstein, who could have served years in federal prison, only served 13 months in a private wing of the Palm Beach County jail. Half of the time, Contact 5 uncovered, was spent out on work release.

Recently a federal judge in Miami agreed with Wild: yes, prosecutors broke the law and violated the Crime Victims’ Rights Act by not telling the women about the deal. However, because Epstein had killed himself by then, Judge Kenneth Marra wouldn’t unseal records in the case, calling it a moot point.

Wild and her attorneys argued in the 4th District Court of Appeal today that, just because Epstein is dead, doesn’t mean his co-conspirators can’t be held accountable. Wild and other survivors will not be able to sue the co-conspirators if they do not know who they are.

A ruling will come down in 90 days or less. WPTV will bring you the update as soon as it does.