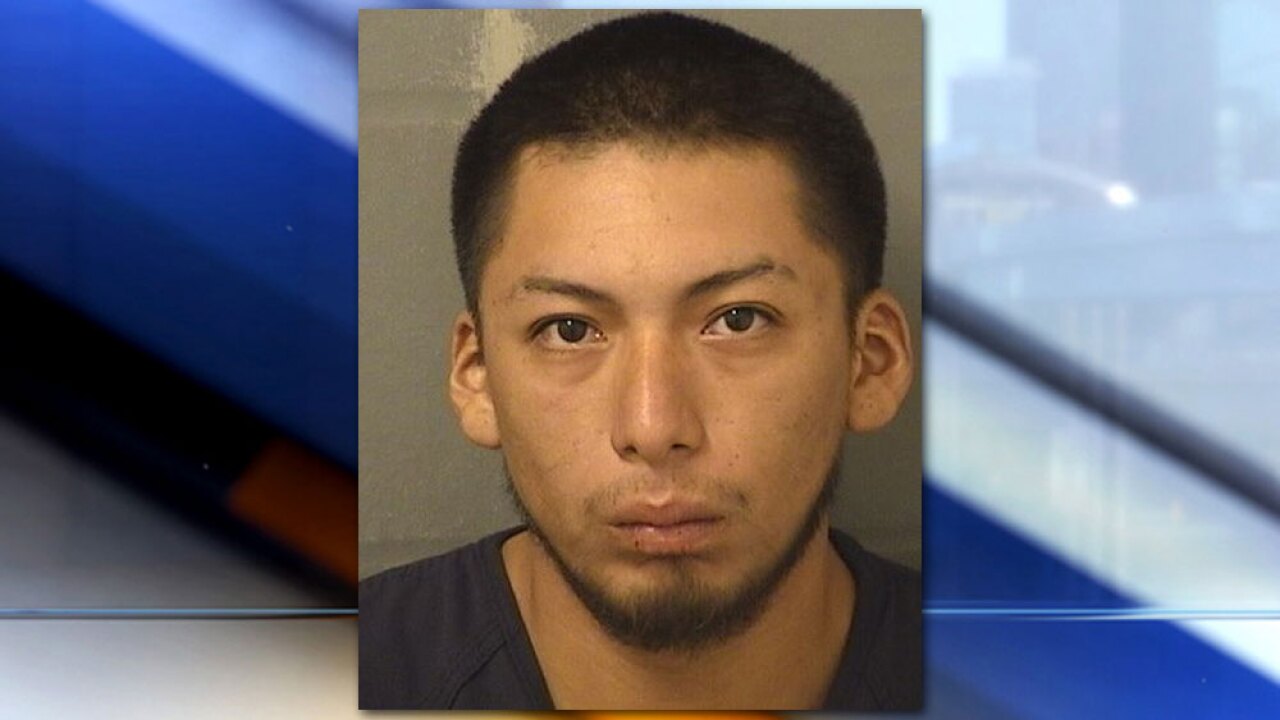 PBSO says 21-year-old Pedro Hernandez was traveling westbound on Southern Boulevard at 9:35 p.m. at a high rate of speed after failing to stop for a traffic stop by police.

28-year-old Michael Dibartolo of Lyndhurst, New Jersey was entering Southern Boulevard in a 2016 Volkswagen Golf from Pike Road under a green light when he was struck in the rear driver's side by Hernandez's 2003 Chevrolet Trailblazer.

After the impact, Dibartolo's vehicle spun in a counterclockwise motion, ejecting him and coming to rest in the eastbound left turn lane for Southern Boulevard.

After the collision, Hernandez's vehicle continued westbound and rolled over, coming to rest upside down in the center westbound lane.

Dibartolo was pronounced deceased at the scene of the crash.

Hernandez received minor injuries. PBSO says he did not possess a driver's license and showed signs of impairment.

Pedro Hernandez was arrested for No Driver's License Causing Death and Vehicular Homicide. He is being held at the Palm Beach County Jail.