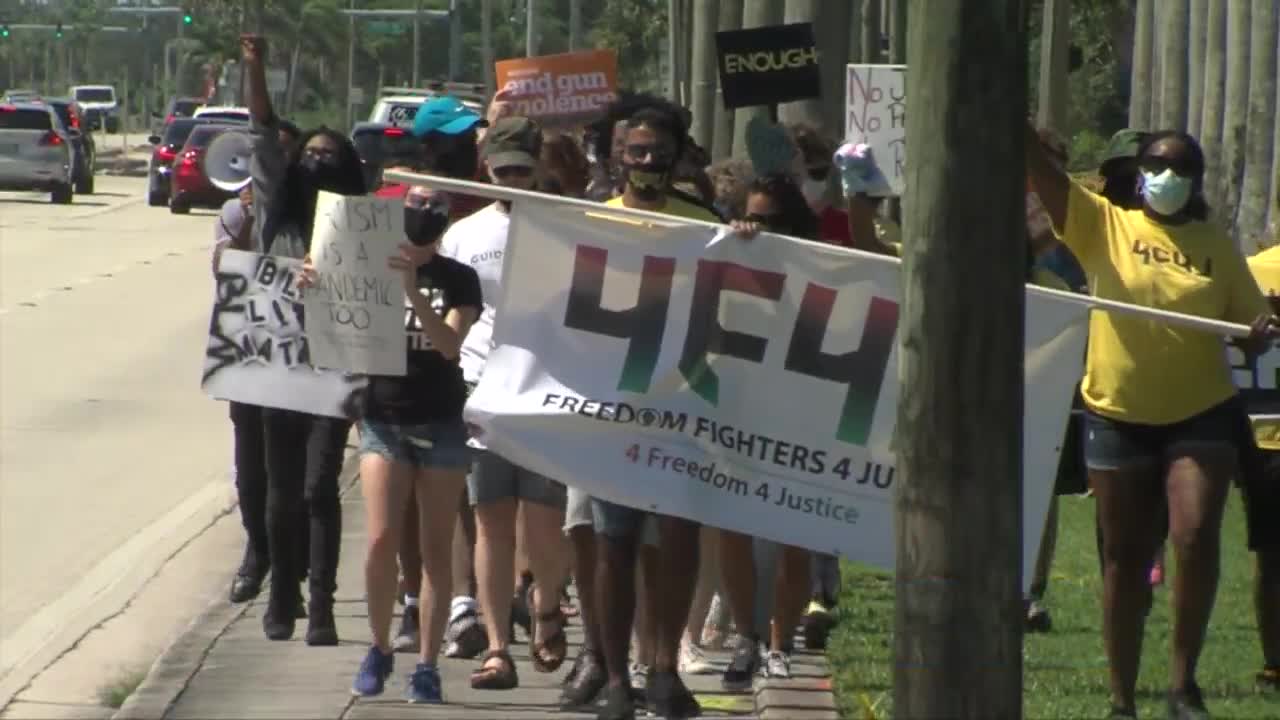 Members of "Freedom Fighters for Justice" along with other groups marched along Congress Avenue in West Palm Beach on Saturday.

WEST PALM BEACH, Fla. — Members of "Freedom Fighters for Justice" along with other groups marched along Congress Avenue in West Palm Beach on Saturday.

They marched to the Palm Beach County Sheriff's Office on Gun Club Road to sound off about social justice and racial equality.

Those marching said it's important to educate the next generation to end injustice.

"At the end of the day, when I go home and look at my kids, I say my grandparents had to fight. My parents had to fight. I'm fighting, and so hopefully it stops here," said co-founder Kyla Edme. "I don't want my children now some 40, 50 years later talking about how they are still fighting for my grandchildren. Enough is enough."

The group also met with Palm Beach County Sheriff's Deputies and read a list of policies they wish to change.