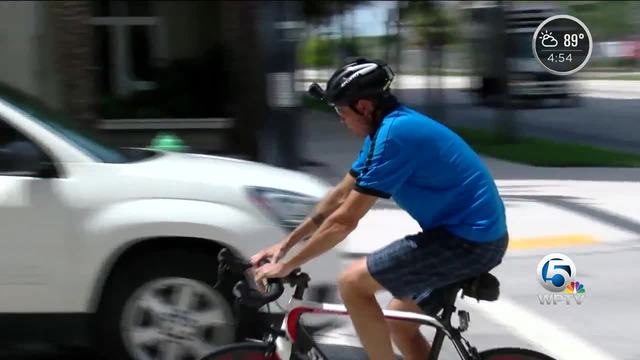 WPTV's Alanna Quillen speaks with a bicyclist who supports lowering the speed limit on some streets to increase the safety of pedestrians and bikers. 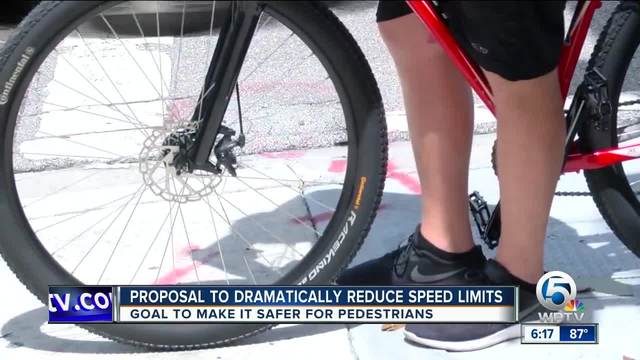 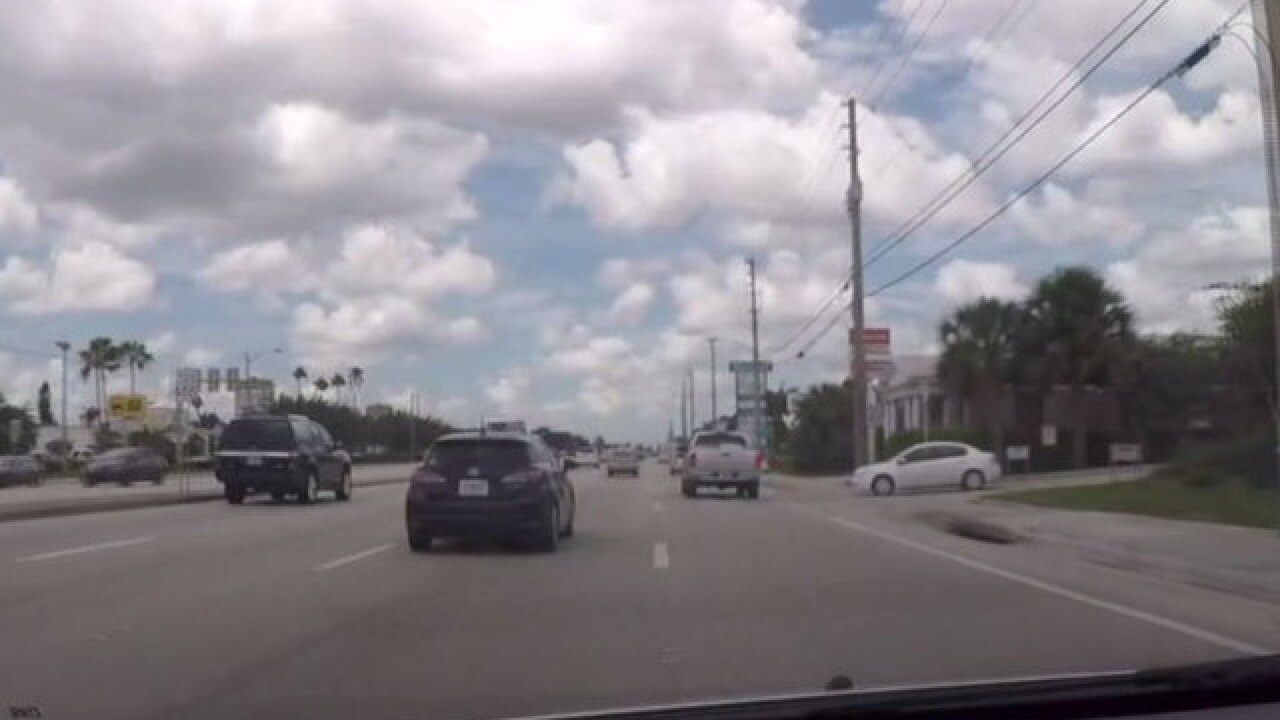 People who walk or bike along South Florida streets risk their own lives.

That’s the conclusion of a study that ranks where we live as one of the most dangerous for pedestrians in the country. Right now, the state is working on solutions.

The Florida Department of Transportation has launched a pilot program in the Tampa Bay area to see whether reducing speed limits dramatically will save lives.

Most state roads like Okeechobee Boulevard are designed for speed limits between 40 to 45 miles per hour. But FDOT is considering reducing speeds on roads to as low as 25 miles per hour.

Mark Hassell knows how dangerous the streets can be. He was hit by a car while riding his bike in Palm Beach.

"The rear view mirror struck me. I rolled off the back of the car and into the street," he said.

Now, he helps others who have been hit by cars through Bill Bone Bike Law as an investigator.

"It's almost a daily basis. We get calls about somebody who's been struck by a car," he said.

According to an annual national report called "Dangerous by Design" by Washington D.C.-based non-profit Smart Growth America, the South Florida metro area ranks the 11th most dangerous for pedestrians in the country.

We strapped a portable camera to Hassell's bike as he rode along Quadrille and Dixie Highway. It didn't take long for drivers to get impatient -- one lady pulled up behind him, yelling for him to get on the sidewalk because he was in her way.

Bikes are not allowed on sidewalks and must use bike lanes and streets, per city code.

"They get impatient. And they take risks. And at the end of the day, if you're behind a cyclist waiting to go around. It may cost you 5 or 10 seconds in the day," said Hassell.

FDOT's Complete Streets Initiative calls for the lowering of speed limits from 45 to as low as 25 on state roads.

"I think if we're all realistic, if the speed limit is 40, we're all going 45 or 50," said Hassell. "When people go faster than the limit, it cuts down the reaction time you have to make a decision."

But he thinks more can be done to improve the roads.

"I think ultimately, what's more important is that we design the context of the roadways so that people are given the signal to drive slower," said Bailey.

"Where you reduce the number of travel lanes from 4 to 3 lanes -- one in each direction -- and a center turn lane," he said. "I think it's important for motorists to realize that this isn't all about just lowering the speed limits on their daily commute in."

It’s too early for the Florida Department of Transportation to speculate which highways in Florida would be candidates for a speed reduction.

"It will help in the end, I think save lives and at least avoid accidents," said Hassell.

FDOT is also looking at reducing the width of driving lanes by 10 feet and increasing sidewalk width from 5 feet to as much as 12 feet in areas with a lot of walkers.

You can share your thoughts on FDOT's complete streets initiative by clicking here .