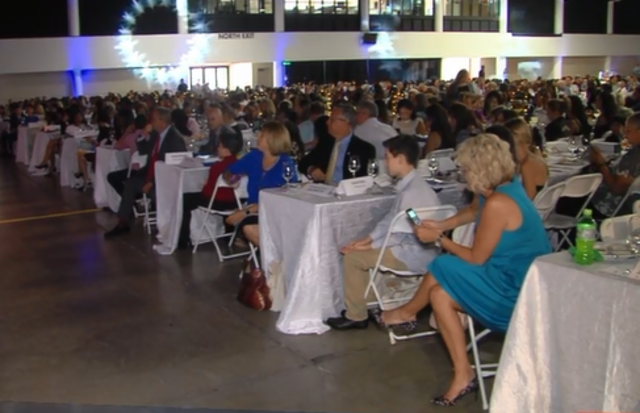 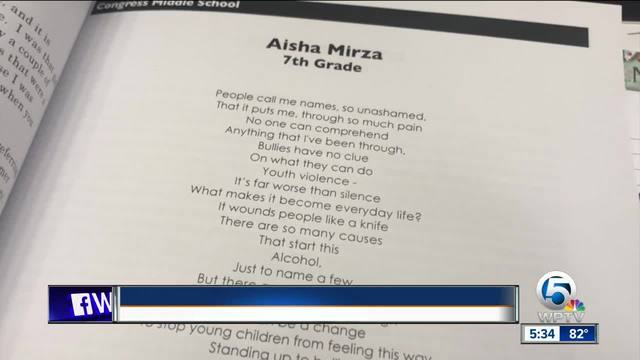 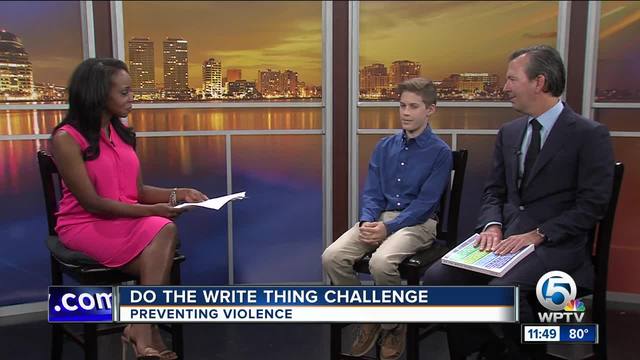 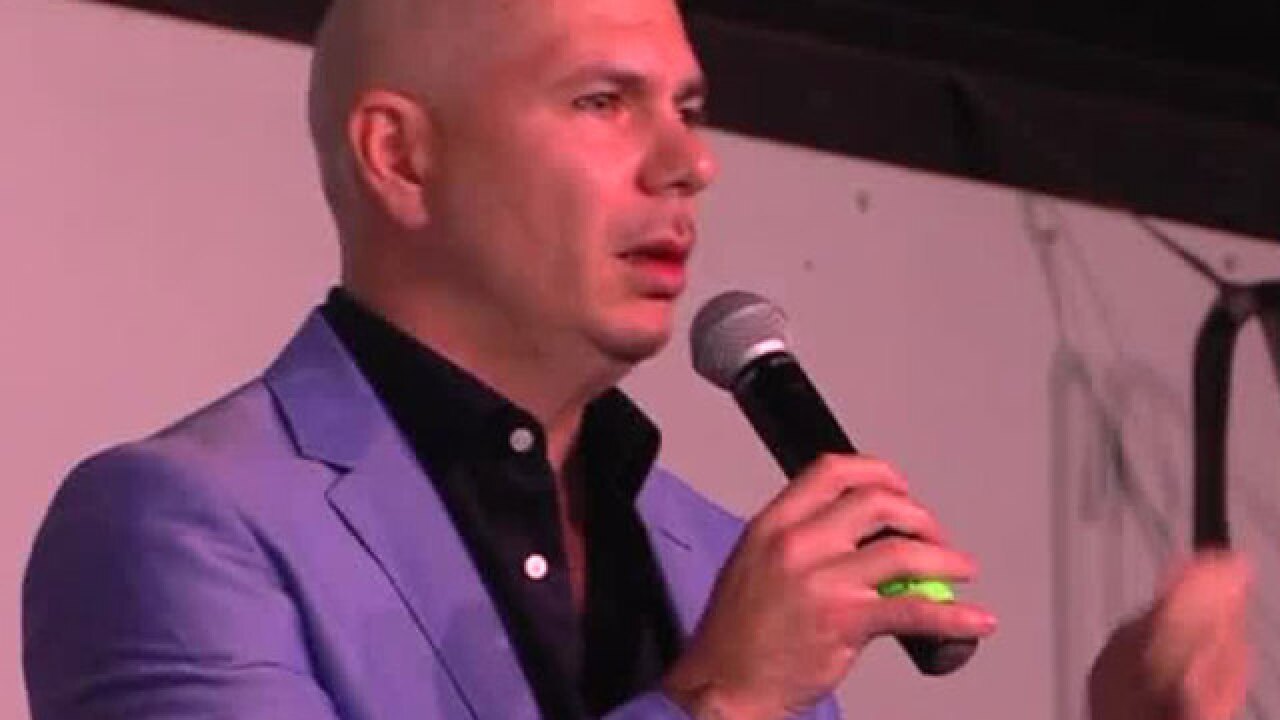 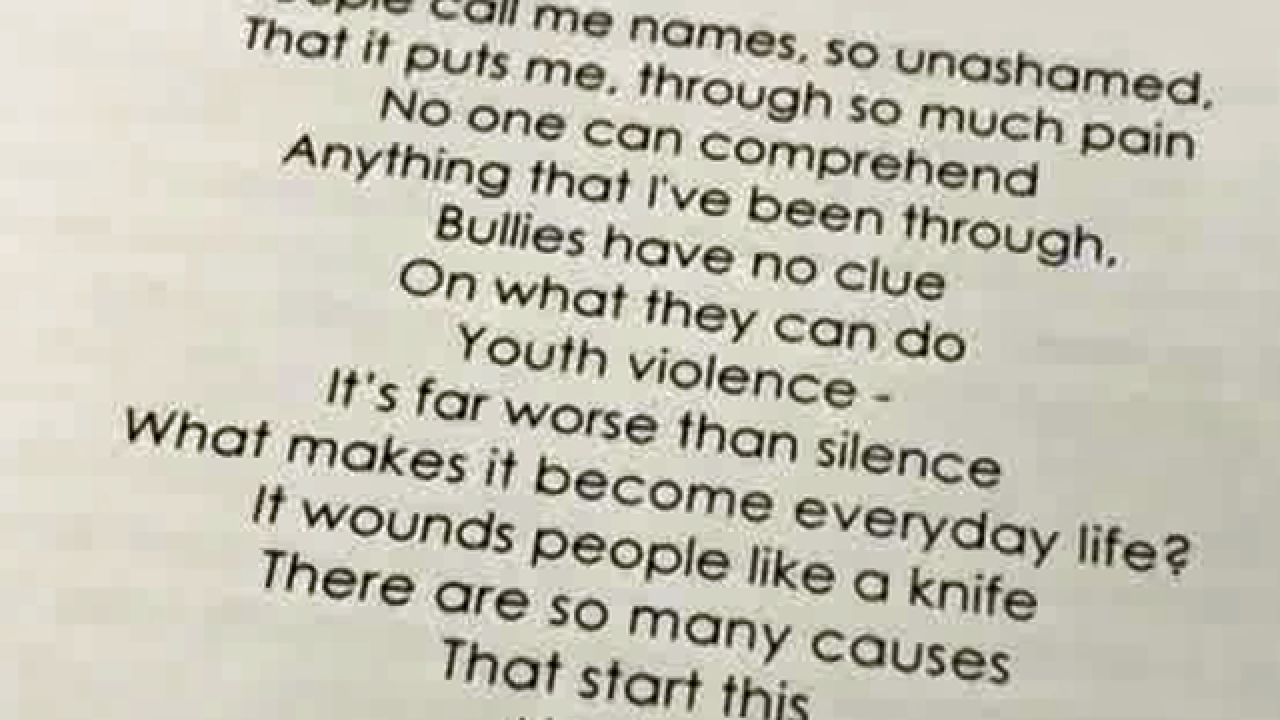 How has violence affected your life?

It's a tough question for anyone to answer but thousands of middle school students in Palm Beach County gave their best try in the annual Do the Write Thing Challenge. Click here to learn more about the program, which was established by the National Campaign to Stop Violence.

Students in 6th, 7th and 8th grades wrote essays and poems to answer the following questions:

Finalists were narrowed down to 330 students and on Tuesday morning, those kids were honored in a special ceremony at the South Florida Fairgrounds.

In a surprise appearance, musician Pitbull gave the keynote speech for the event.

"Music was my escape. A pen and a paper changed my life. And you already took that step," he told the students.

The artist -- whose real name is Armando Perez -- grew up in Miami as a first generation Cuban American.

"I went to about 25 different schools growing up," he said. "I could've took the wrong route."

The students cover tough topics in their writings -- from emotional and physical abuse, to the foster care system or even dealing with and witnessing death.

"If you're a parent today and you have a child in the school system, it's the most frightening thing in the world to think your child could potentially get hurt or bullied. We live in troubling times and that's why we do this program," said Bill Bone, chairman of Do the Write Thing.

"My dad was abusive," he said during an interview before the ceremony.

But Flaks doesn't let that define his future. At just 12, he shared words of advice for other students going through similar experiences.

"Things can always get better, no what what the situation is," he said. "There's always light, even in the darkest of times."

Lilly McGrath, a  wrote about her brother's murder in 2016.

"I just want kids to know that this is just one time in their life, they can get through."

Justin Hersh, a 12-year old student at Emerald Cove Elementary School, shared a poem about being severely bullied and abused by fellow students throughout his life.

"I took a step back and realized that they probably were somehow abused outside of school and were taking their anger out on me...I hope my words will help people realize that they aren't alone," said Hersh, who was selected to be an Ambassador for Palm Beach County during a trip to Washington, D.C. this summer.

Jada Lovely wrote about growing up in Belle Glade and how violence is an every day part of life around herself and classmates at school.

"In our community, there's a lot of violence going on," she said. "We want our generation to be safe. We don't want anyone getting robbed, shot up or people bullying."

One of her close friends took a death in the family hard and contemplated hurting herself after being bullied by other students.

"We should start a bullying club to help stop it and we should show and tell someone how to solve a problem without shooting or starting any violence," she said.

Pitbull left the kids with this final message he hopes they'll take with them to high school and beyond.

"There's no cutting corners, there's no magic formula. No cheating the system. No silver bullet. Just hard work," he said.

He also recited the lyrics to one of his popular songs.

"For those who have been through tough times but everyday above ground is a good day remember that."

This is for anybody going through times. Believe me, been there, done that. But everyday above ground is a great day, remember that," he said.