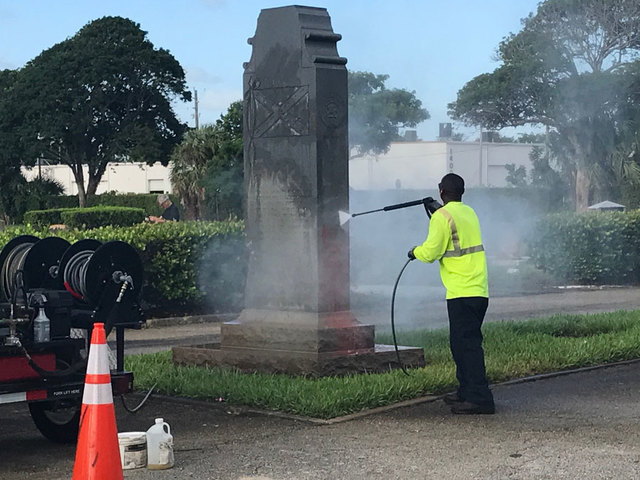 The mayor of West Palm Beach said the Confederate monument will be removed. The city said it will be placed in storage until the United Daughters of the Confederacy decide what to do with it. 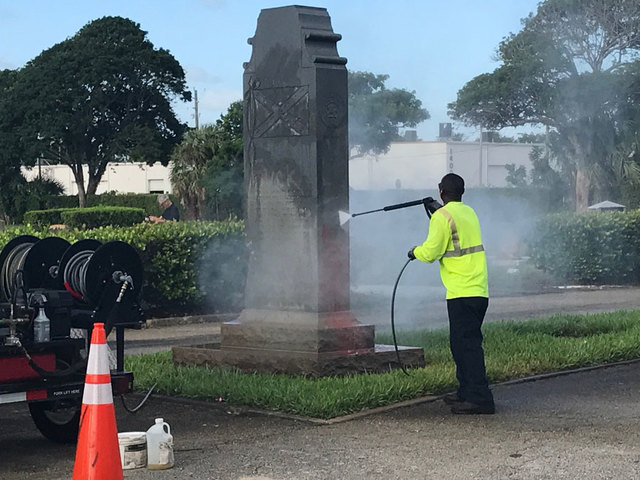 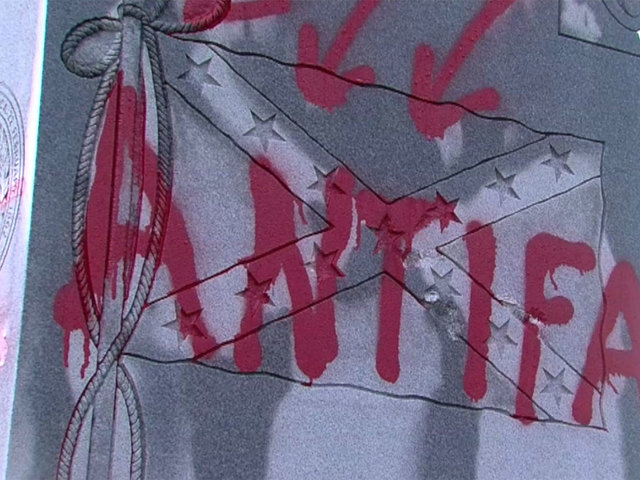 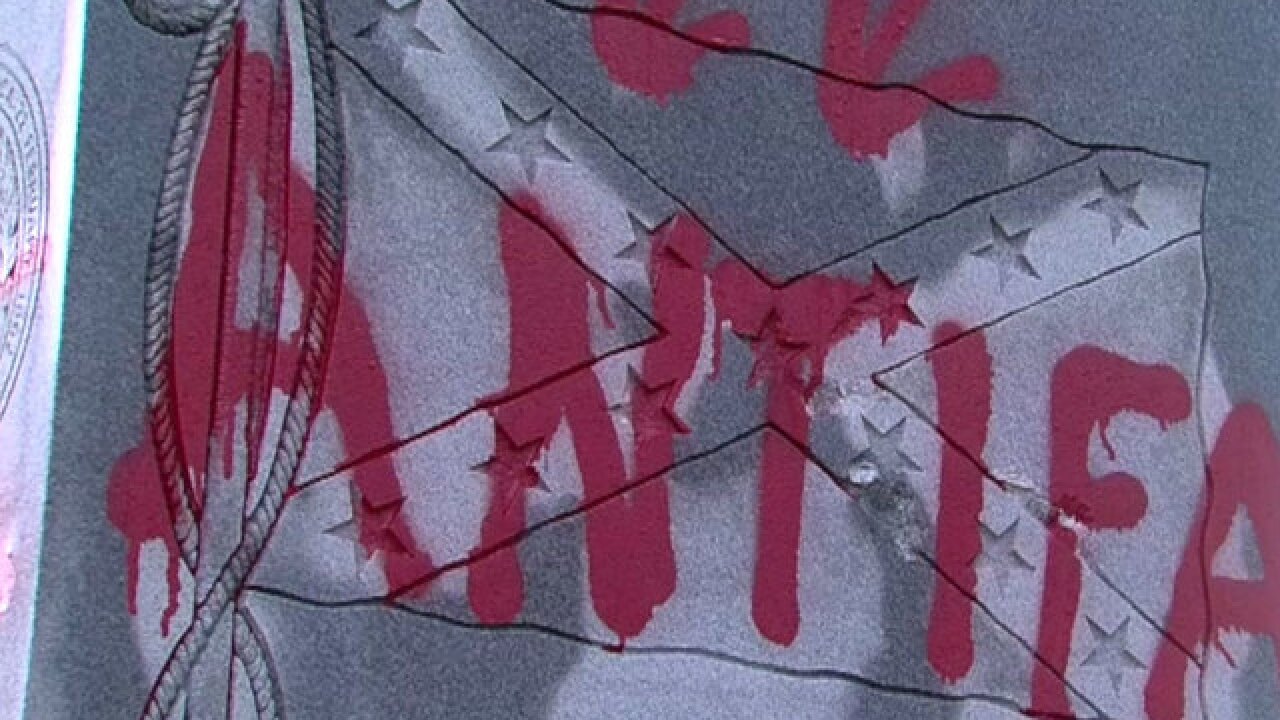 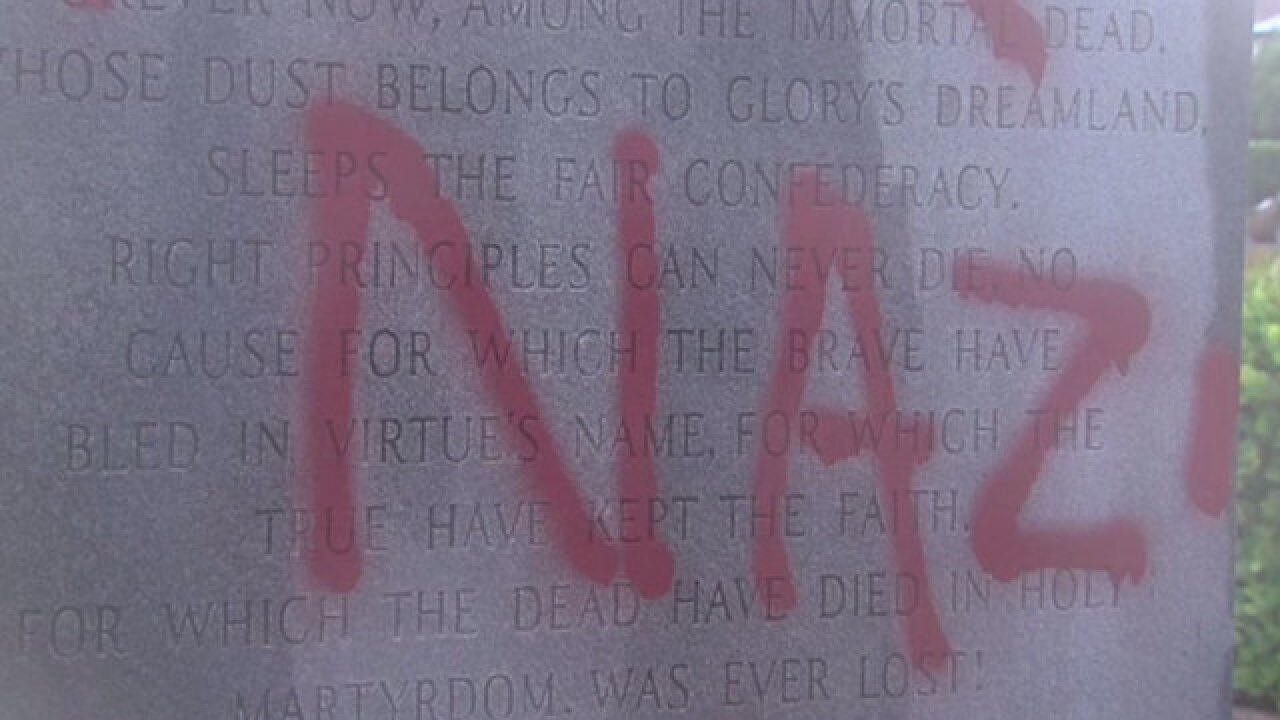 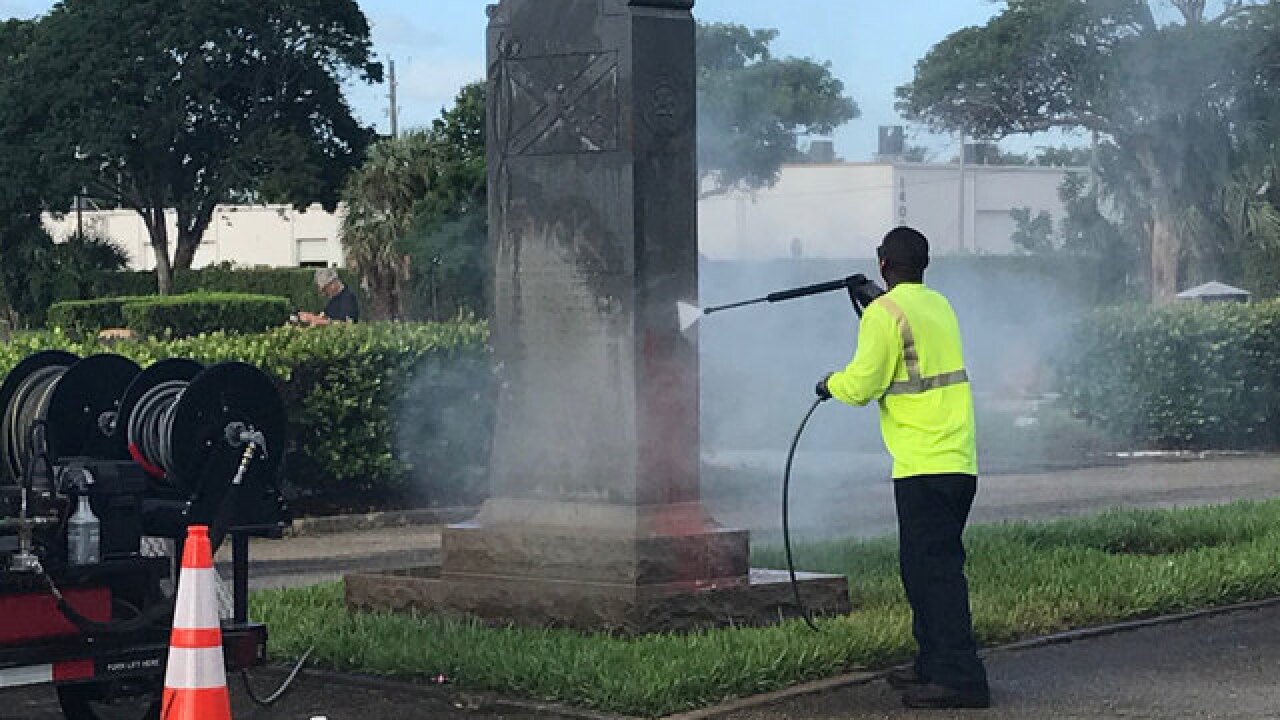 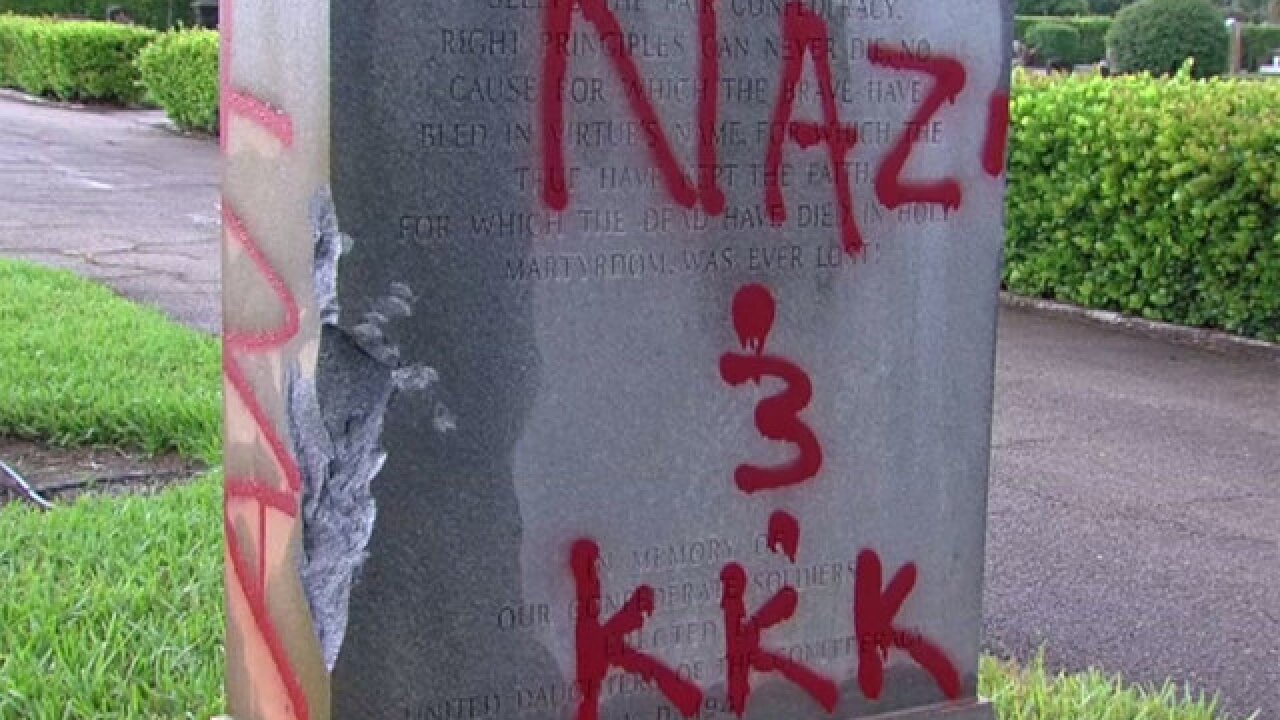 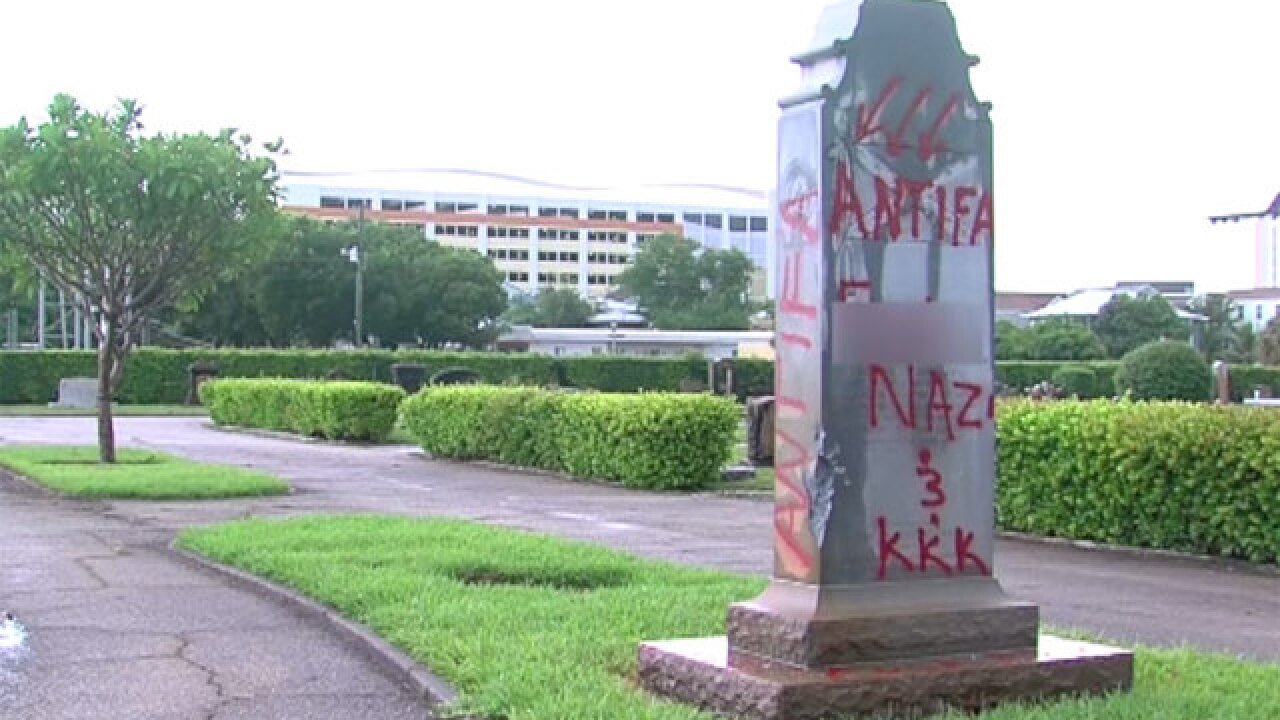 UPDATE: The mayor of West Palm Beach said the Confederate monument will be removed. The city said it will be placed in storage until the United Daughters of the Confederacy decide what to do with it.

The city said it has tried to contact the group but has not heard from a representative.

"We are going to remove it for them. We will put it in storage and they can take it and do what they wish, but it will not be on public property," said Mayor Jeri Muoio.

Graffiti that was sprayed this weekend on a Confederate monument located in Woodlawn Cemetery in West Palm Beach was cleaned up Monday morning.

Antifa is a left-wing movement. The word is an abbreviation of "anti-fascist."

“To assume that a statue is a comment on racism or politics is just wrong thinking," said Steven Small, a Palm Beach resident.

There is also visible damage to the side of the monument. Pieces of stone are on the ground next to it.

“Whoever did that, I apologize for them," said Markiec Ridley, a Royal Palm Beach resident.

The city of West Palm Beach owns Woodlawn Cemetery, however, the monument is privately owned by the Daughters of the Confederacy.

The monument has a Confederate flag on it, which now has red spray-painted arrows pointing at it, and says it was erected in 1941.

"The history, we forgive that and we move on," Ridley said.

"The statues should go in the museums for sure," said Michele Zentil, of Palm Beach. "I don’t think people should go around with Confederate flags because I equate that almost to neo-nazism.”

Mayor Jeri Muoio said she contacted the city’s parks and recreation department, who cleaned it up Monday.

Muoio said she knows many people are feeling heightened emotions right now about all of this.

Police are investigating who is responsible for defacing the monument. In the meantime, the city’s parks and recreation department removed the profane language that included the words Nazi, KKK and Antifa.

Muoio said the city took down its Confederate symbols several years ago and the city has been in contact with the Daughters of the Confederacy concerning the future of the monument in Woodlawn Cemetery.

“For what it stands for and everything that it is for, the hatred, I’m completely against it, but just for the memory, I’d say it’s OK," Williams said.

Muoio released the following statement Monday regarding the future of the monument and the vandalism:

“We continue to engage in dialogue with the Daughters of the Confederacy about the future of their monument at Woodlawn Cemetery in West Palm Beach. The City is looking into recent acts of vandalism to a monument in the cemetery -- a crime. Consistent with City policy, it is the responsibility of the owner to maintain their monument.”