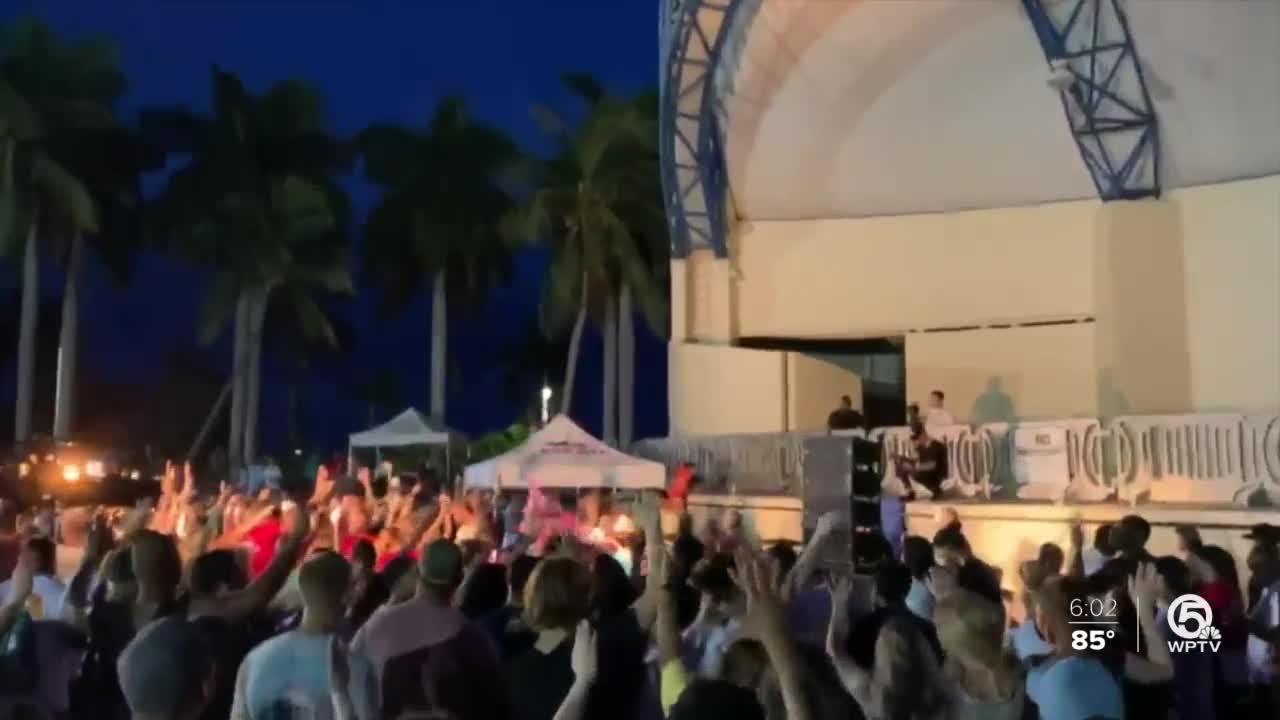 Hundreds of people gathered at the Let Us Worship event along Flagler Drive.

Video shows the event was crowded, though an attendee, who did not want to be identified says he kept his distance. "I know my wife we took our precautions of wearing our masks and making sure we felt socially distanced. We just thought it was an awesome opportunity for people to get together in a place of worship," the man said.

"A lot of concerned individuals asking questions how is it okay that a religious protest with thousands of people gathering, dancing, jumping around without masks, without social distancing was allowed and why are they being so strict on bars, restaurants," he said.

Mash said he wants to see the number of COVID-19 cases continue to go down, "For us to get to a level of efficiency we need to keep the virus at a minimum so that the county then allows us to go to 75 percent occupancy. So when we see something where you are gathering several thousand people in the downtown area without social distancing, it's very alarming."

The city released a statement saying, "The city of West Palm Beach honored the public's right to peacefully protest, however the city did not issue an event permit and did not authorize the concert as an event."

The statement goes on to say, "The city attorney reached out to the organizer to warn him of city ordinances governing events and advised him of the county's facial covering mandate."

We also reached out to the organizer, and are waiting to hear back. The attendee who was at the event with his wife said the crowd seemed unified, "It was just a sense of unity that we are all people called to love each other."