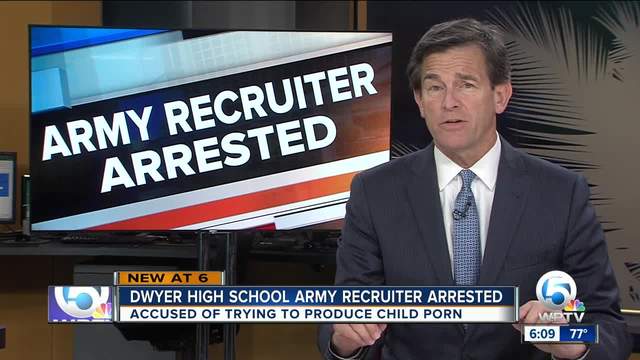 A staff sergeant Army recruiter based at William T. Dwyer High School is facing child pornography charges following his arrest by the FBI.

The victim also claimed Fernandez had sexual contact with her against her wishes when she was 17-years-old.

The Martin County Sheriff's Office conducted a forensic examination of the victim's telephone and Snapchat account, where they observed conversations between Fernandez and the victim of a sexual nature. The conversations also revealed Fernandez requesting that the victim send him sexually explicit videos.