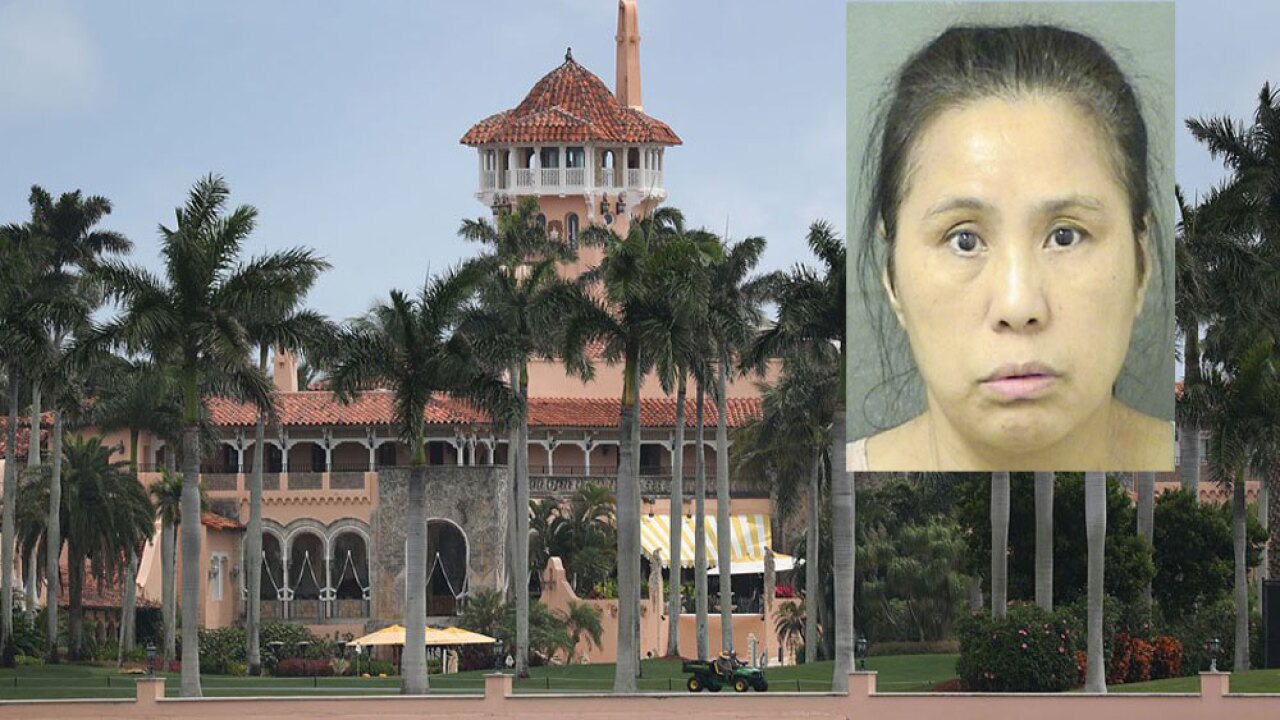 A woman accused of trespassing at Mar-a-Lago appeared nervous at a case disposition hearing Monday morning.

56-year-old Lu Jing appeared fidgety and, at times, covered her face with her hands.

According to her arrest report, Jing was spotted taking photographs on Mar-a-Lago property last month. The security manager at Mar-a-Lago said Jing tried to enter through the main gate, but was stopped by security and told she had to leave. She then walked about 100 feet away and entered the property through a service driveway, getting approximately 100 yards inside the perimeter.

"Surveillance cameras captured Jing along the inner perimeter wall photographing the property with her cellphone," the arrest report stated.

Jing was eventually handcuffed and taken to the Palm Beach Police Department, where detectives said she refused to answer questions about the pictures she had taken and refused to let police look at her phone.

According to police, Jing's visa was expired.

Jing faces charges of loitering/prowling and resisting arrest without violence.

Her next court hearing is January 31.