Palm Beach County boy making a difference, one police officer at a time 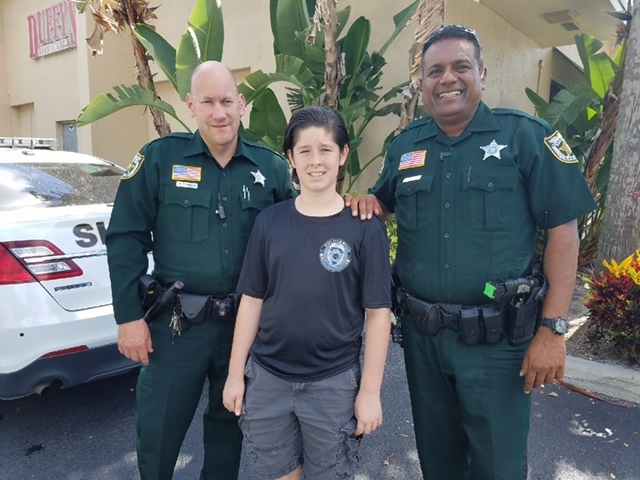 - It's National Police Week. And on Wednesday night, West Palm Beach Police will be honoring the lives of those lost. 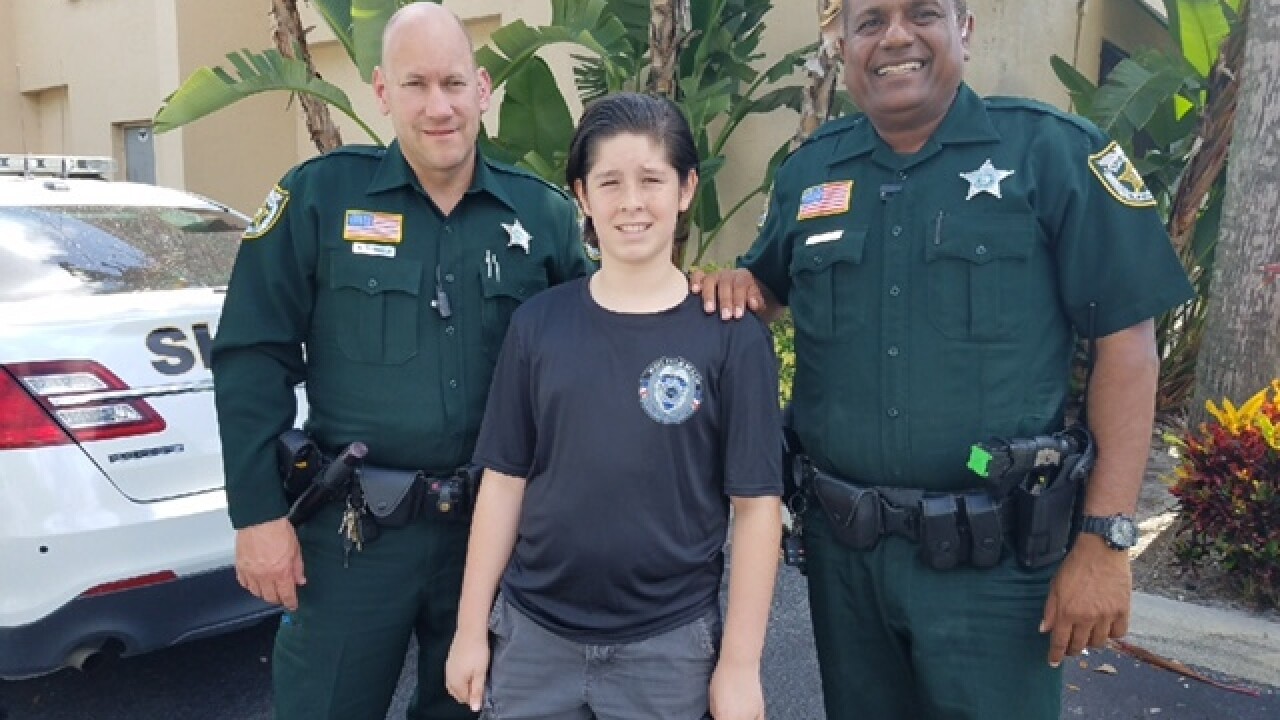 It's National Police Week. And on Wednesday night, West Palm Beach Police will be honoring the lives of those lost.

They're enlisting the help of a special friend to do that -- a local boy who has spent most of his young life thanking every single officer he comes across.

In total, more than 21,000 officers across the nation have died in the line of duty, with about 50 from this year alone.

11-year old Jack Fleming has been invited to read the names of 11 officers who have died serving West Palm Beach Police but his commitment to law enforcement runs deeper than that.

"I couldn't find a more suitable person to have the honor of reading the roll call of our fallen officers for the police department," said Lt. Frank DiStefano with West Palm Beach Police, who has developed a special friendship with Jack.

Jack -- who lives in The Acreage -- is making a difference one officer at a time.

"They protect you, they take a bullet for you no matter what. They're the only people you'd be able to call if you need help," he said.

Jack is on autism spectrum but he doesn't let that stop him from handing out gift cards and hand-written thank you letters to every single police officer he sees.

"He pretty much knows more police officers than anyone that I know. He's traveled as far as Miami to Orlando meeting officers," said DiStefano. "It's really refreshing to see that coming from such a small child, a kid."

In fact, Jack pulled over for a picture with deputies before our interview. Even if he sees them walking down the sidewalk or patrolling a neighborhood, Jack will make every effort to stop and thank them.

"I think it's really important because I want to make a difference in the world. I want people to start thanking law enforcement officers for what they do," he said.

Jack has even created a fan Facebook page to post his pictures with law enforcement. The page has quite a following with over 3,000 likes.

On Tuesday night, Jack got to work with law enforcement hand-in-hand.  He noticed a little girl wandering down Highway 441 and prompted his family to call authorities.

The little girl -- who slipped out of her house and got lost -- was quickly reunited with her mom, thanks to Palm Beach County deputies and Jack.

"One of the officers said I was acting like a real hero," said Jack. "It made me feel really good inside that I helped someone."

DiStefano said Jack's actions are important more now than ever, as police across the country continue to struggle with tensions between the community.

"There's been a negative light taken to officers over the years," he said. "And up until about a year or two years ago, we've seen more support from the community. There's a lot of good officers that they appreciate."

Jack's mom, Caryn, said he looks up to the officers he meets. Last year, Jack was selected by PBSO to be a "Sheriff for the Day", which only furthered his appreciation.

"He doesn't have a lot of friends. He does now but prior to meeting all these law enforcement officers, he didn't. And now he has these amazing role models to call his friends," she said.

Caryn she couldn't be more proud of her son.

"My heart gushes, I'm so proud of him," she said. "He just watches what they do and he immediately understands that those are the people we should be respecting. I've learned from him so I hope everyone else does as well."

Jack told me his cause stems from seeing officers who were ambushed and killed -- such as the Dallas and Baton Rouge shootings. His own father is also a former New York City police officer who served during 9/11.

"To see someone as young as Jack to have that same understanding and same respect and appreciation for the work that we do, it makes you feel good inside," said DiStefano.

The fallen officers ceremony will take place at 7:30 p.m. Wednesday night at the Lake Pavilion in downtown West Palm Beach.

WPTV's Ashleigh Walters will be emceeing the event. The public is invited to attend.