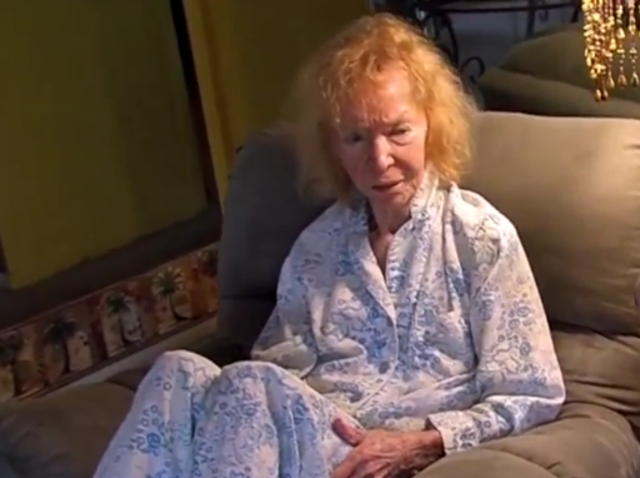 A 91-year-old mother is recovering after being attacked and robbed in a Walmart parking lot. 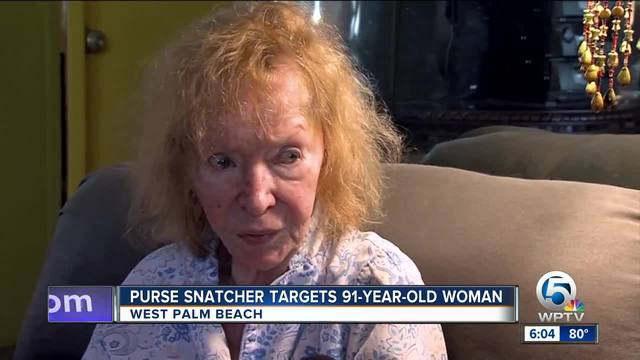 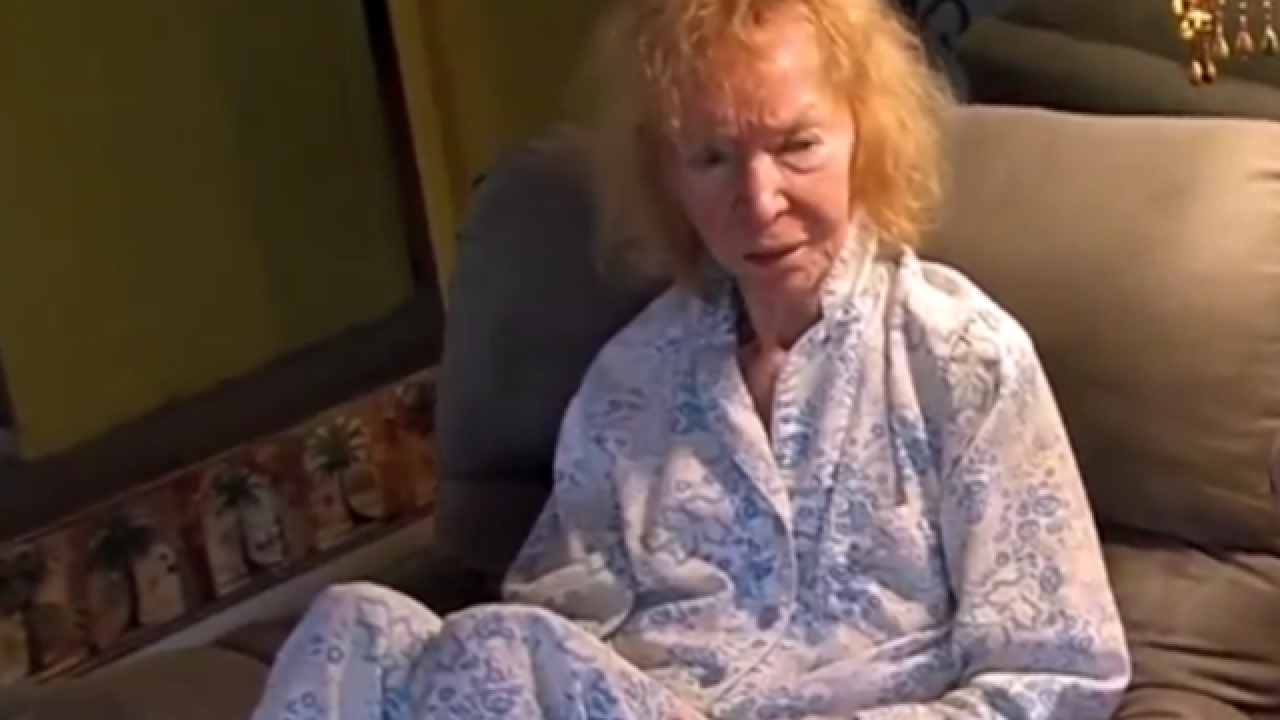 Mary Kennedy is battered, bruised but not broken. She’s now recovering after being attacked and robbed in a Walmart parking lot.

“That’s where I hit the concrete,” said Kennedy, while pointing to her forehead.

At 91-years-old, Kennedy is as tough as nails. Her left arm is completely black and blue, and she’s fighting through the pain after fracturing her pelvis and tailbone.

“He body slammed me down to the concrete and that was it, that was all I knew, I couldn’t get up,” Kennedy said.

Kennedy was loading groceries in her car at the Walmart on Belvedere Road when police say 35-year-old Gilberto Garcia told Kennedy she had a nail in her tire and then stole her purse.

“I lunged at him and tried to get my pocketbook back and he pulled it through my fingers,” she said.

Garcia got away. Kennedy, a life-long Miami Dolphins fan originally refused being taken to the hospital.

“I wanted to go see the Dolphins game. I waited all week for that, but the next morning I realized I couldn’t walk,” Kennedy said.

Kennedy is now up walking around and recovering at home after eventually going to Good Samaritan Hospital. She’s now promising she won’t fall, a victim, a second time.

“It was just unexpected, never happened to me before and ain’t gonna happen again because I’m going to watch everything,” Kennedy said.

Luckily, witnesses were able to take a picture of Garcia’s license plate and he was arrested in less than two hours. Police say he confessed to the whole thing.

Kennedy did get her purse back, and now she’s undergoing physical therapy at home