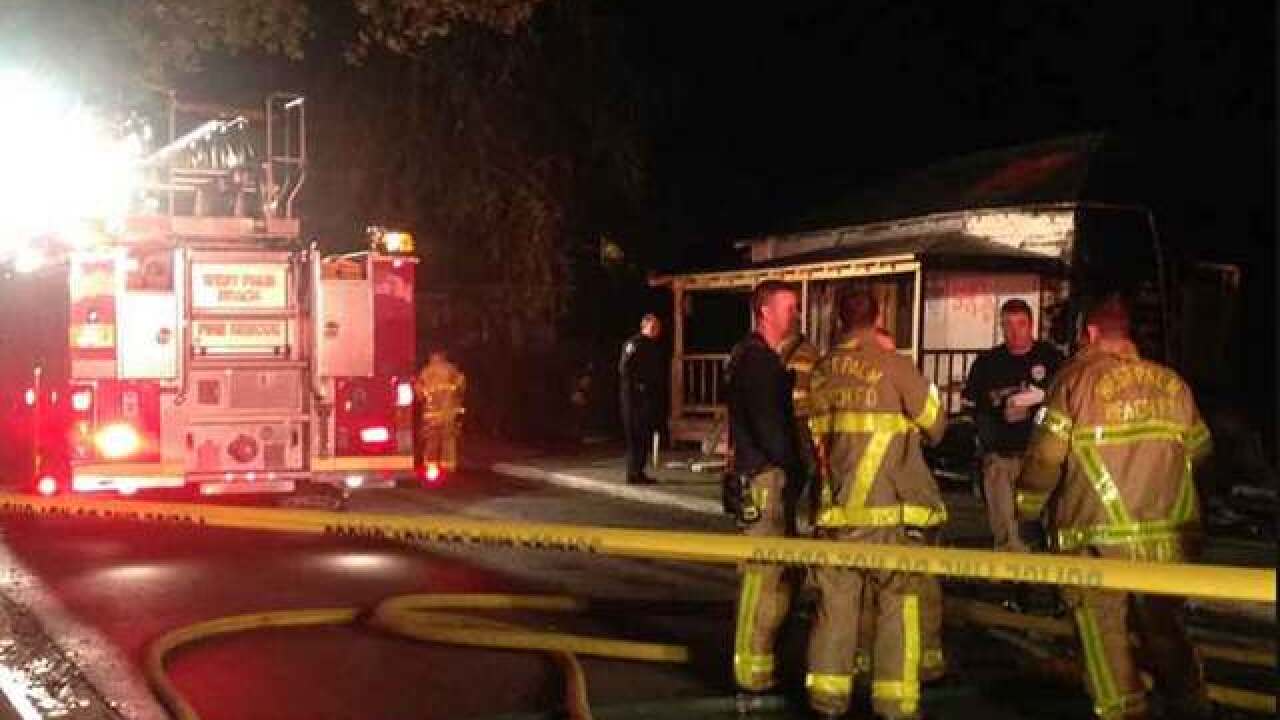 Fire investigators say they won't be able to determine the cause of a fire in West Palm Beach that spread to five houses early Wednesday morning.

RELATED: Pictures from the scene

The fire started near Division and 4th Street.

The home where it appears the fire started was leveled which is why investigators will not be able to find a cause.

Four of the five homes were abandoned.

The one occupied home had a 27-year-old inside.

He was sleeping when a West Palm Beach police officer broke inside to save him.

"I do feel like royalty because it was only me in the house...and for them to even recognize that someone might live here and take the chance to save another life is amazing," the occupant Jimmy Jones said.

Historians and local architects showed up to the site Wednesday afternoon upset.

They say the homes were built in the early 1900s and are historic.

"It is a setback. But it is still important land. Important ground.The goal was to bring that back. Restore it. Bring back the memory and create a place where the residents of this area could reconnect with their history," architect Timothy Hullihan said.

It's unclear how the preservation project will move forward.

You have to hear this man tell the dramatic story of how he and his roommate escaped a fire that destroyed half a city block in West Palm Beach this morning. [TAP for SOUND]A 27-year-old man’s life was saved thanks to a quick-thinking Officer Ward of West Palm Beach Police Department. Don’t miss the emotional reunion with Alyssa Hyman WPTV tonight at 11 on NewsChannel 5.