Strip clubs to give away 3,000 free turkeys to needy families for Thanksgiving 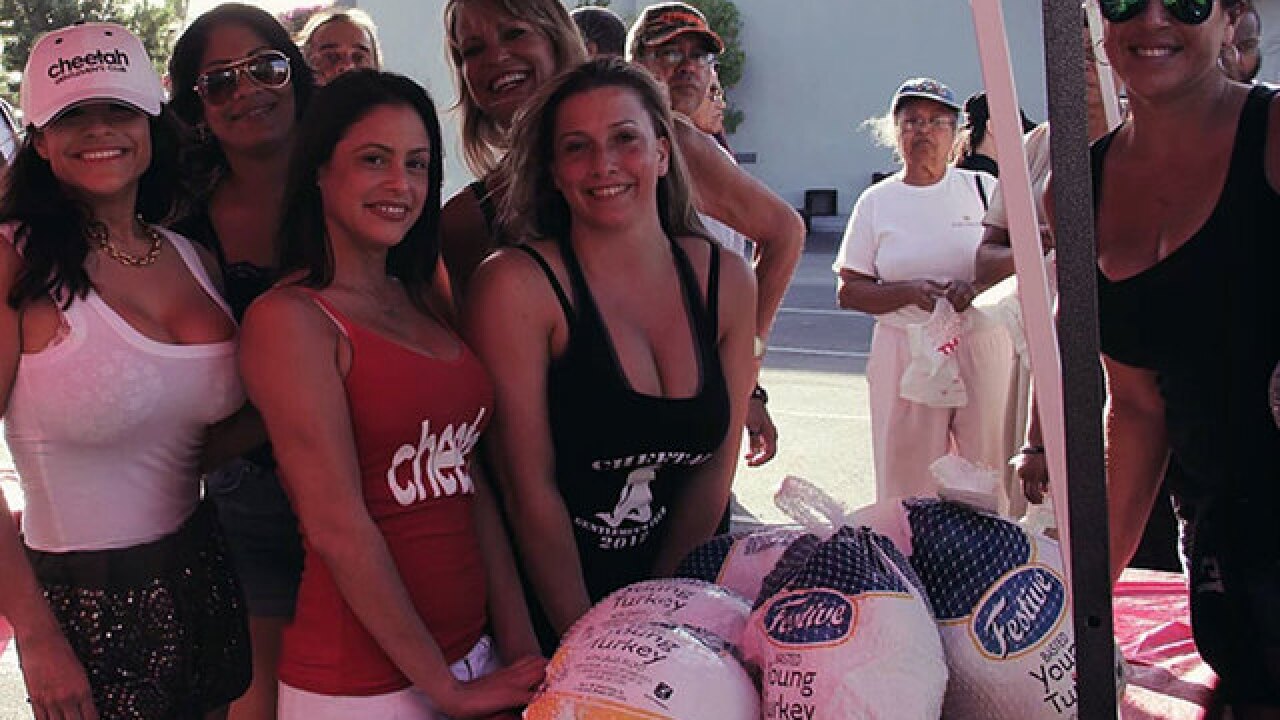 WEST PALM BEACH, Fla. -- A group of South Florida strip clubs will give away 3,000 turkeys to needy families in South Florida for Thanksgiving.

Rodriguez Charities will be giving away 1,000 turkeys at three different locations on Monday, Nov. 20 at 11 a.m.

The turkeys are intended for families in need, are limited to one turkey per household, and will be distributed on a first come, first serve basis while supplies last on Nov. 20 at each of the three locations.

The free Thanksgiving turkey giveaway started with just 100 turkeys at just one location in 2014. Over the last three years the number of free turkeys distributed has increased to 1,000 each year.

This year Rodriguez Charities is tripling the amount of free turkeys that will be given away, totaling 3,000 birds between the three locations.

According to a news release, the organization says actor Angel "Chi Chi" Salazar, who has appeared in movies like "Scarface" and "Carlito's Way", is scheduled to appear at the turkey giveaway, along with  "former NFL greats".

Over the last 11 years, Rodriguez Charities has donated more than $1.5 million to various charitable organizations and needy individuals throughout South Florida.