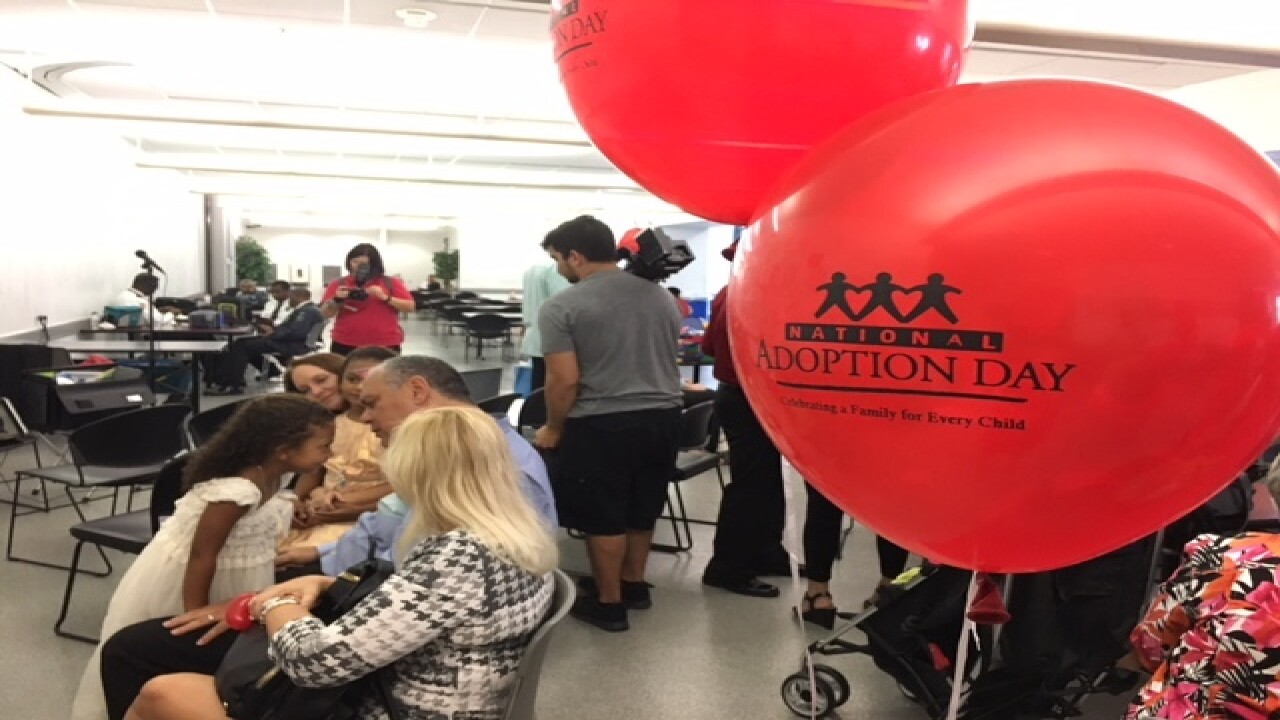 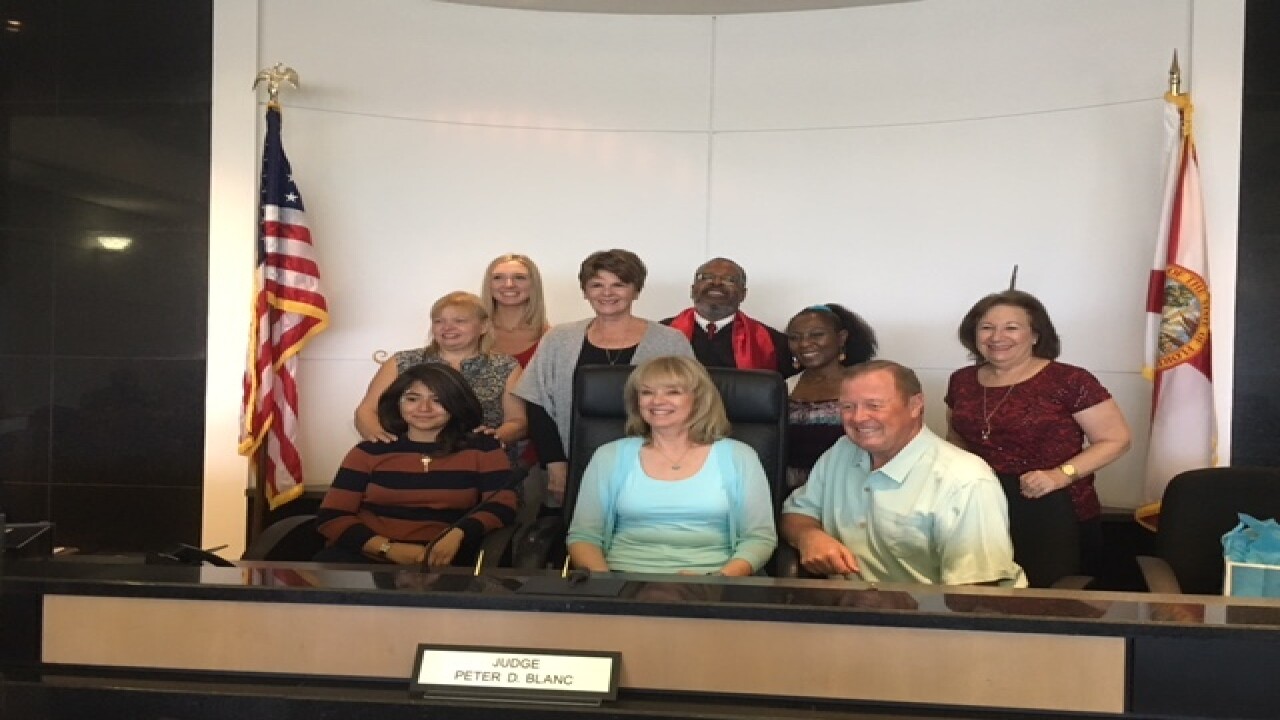 There are 1,600 children in foster care in Palm Beach County right now.

Most days, it's a struggle to find good homes for those kids.

But Friday was a different story as Palm Beach County joined the rest of the nation to celebrate Adoption Day.

Families adopted 23 foster children in a huge ceremony at the county courthouse.

While it was a celebration, there's still more work to be done.

"Every year while we celebrate more adoptions and we celebrate national adoption day it creates the need for more foster homes to replace those adoption parents," said Larry Rein, executive director of ChildNet, which runs the foster care system in Palm Beach County. "We are regrettably last in the state in the number of foster homes that serve teenagers."

"I finally have a complete family and it makes me want to cry," said 14-year old Karla Swick.

It was a special day for Karla, officially becoming adopted by her new mom and dad.

"Don and I have never had children, so this is extra special for us," said Karla's mother, Kim Swick. "This is the best day of my life."

Karla came to West Palm Beach from Texas with her mother, who suffered from drug abuse. Nearly two years ago, Karla entered the county's foster system, which is run by ChildNet.

"We have more children now than we've had and even though we've grown our inventory of foster homes, it hasn't grown enough to keep up," said Larry Rein, ChildNet executive director.

But that's where families like the Martinez family step in. Daily and Sergio Martinez adopted 12 kids over the years.

Their oldest daughter wanted siblings when she was young, so the family started working with the children's home and met a two children.
"It was a sibling group of four. We talked about it and thought, we cannot separate them. So we ended up adopting all four," said Sergio.
A week later, the mother of the siblings gave birth to another baby, which the Martinez family also adopted.
"Then after that we ended up helping two teenagers and adopted them," said Sergio.
They adopted one more child after that and thought they were going to stop there.
"Then one of my sons had a best friend in school. For two years he found out that he didn't have parents either. So he asked us, "Do you mind making my best friend, my best brother?" said Sergio.
They found out the boy was also part of a sibling group of three and the Martinez's ended up with 12 adoptive children total.
"After being through so much at such an early stage in their life, even as teenagers, they get to learn to love again. That's beautiful. It teaches us something," said Daily.

On Friday, they were honored with the Jim Sackett Award, named after the longtime NewsChannel 5 anchor for his work on Thursday's Child.

"The kids taught us how to love, how to forgive. Especially that unconditional love that they have," said Daily Martinez. "It's very important to give them love, respect and the courage they need to have."

"they're going to be our leaders in a few years after 18 that's it, so we definitely need to step in"

Rein said one of the most common reasons for children to end up in foster care in Palm Beach County is substance abuse by the parents.

"We've had a lot of infants coming in because they've been testing positive for substance abuse at birth," he said.

And he says teenagers are the hardest to adopt out.

"Often times, by the time they're teenagers, they have more needs," Rein said. "Not all the teens that have needs met by foster parents are that challenging. We have some kids that are doing great in high school. We have kids that are succeeding and going to college."

For Karla, it was tough to open up. She met Kim when the two were paired up through a mentorship program last year.

"When I first started mentoring her, she didn't even make eye contact she barely spoke and as time went on, we've just gotten closer and closer and it's as if she's my own daughter," said Kim Swick.

But horses on the foster family's farm helped break the ice.

"The first time I heard her blurt the word 'Dad' out, it really hit home for me," said Don Swick.

And when a judge made the adoption official on Friday, Karla went home to a forever family.

"I love them like my own mom and dad," said Karla.

The foster care system costs the state money and although the legislature has pumped out more money in the last several years, it's still not enough.

"We have some incredible challenges. That 1,600 number in Palm Beach County is 25 percent higher than it was four years ago," said Rein.

This year is the highest number of foster children the state has ever seen and the funding is not matching that increase.

There are several groups that rely on community donations to support foster children and families. Click here to see how you can help each organization.