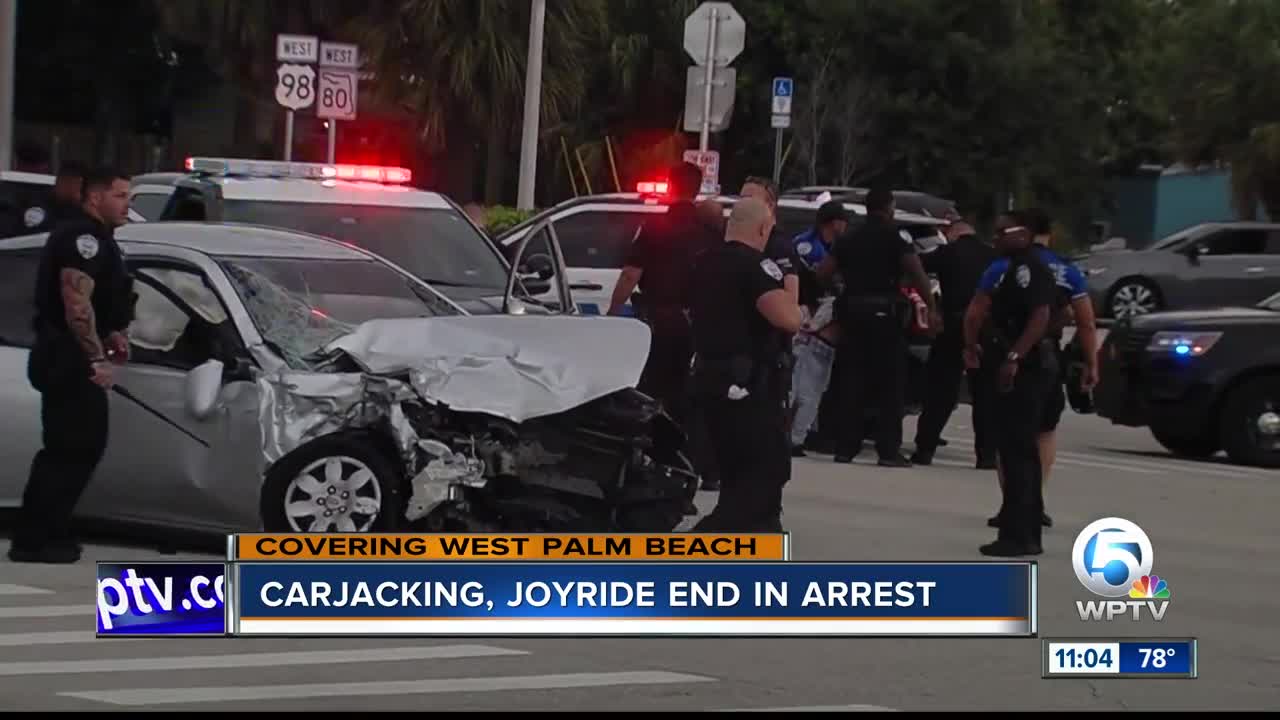 Two juveniles were arrested after police say they stole a car at knifepoint and then crashed into two vehicles during a police pursuit. 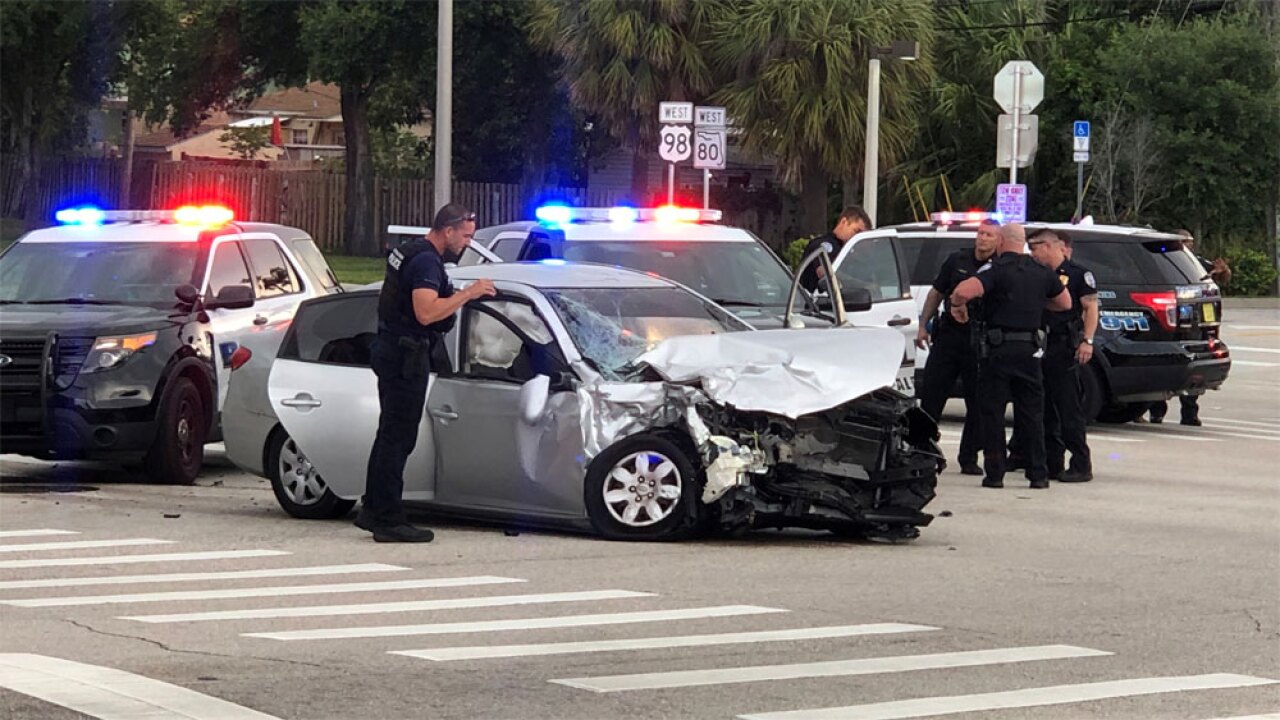 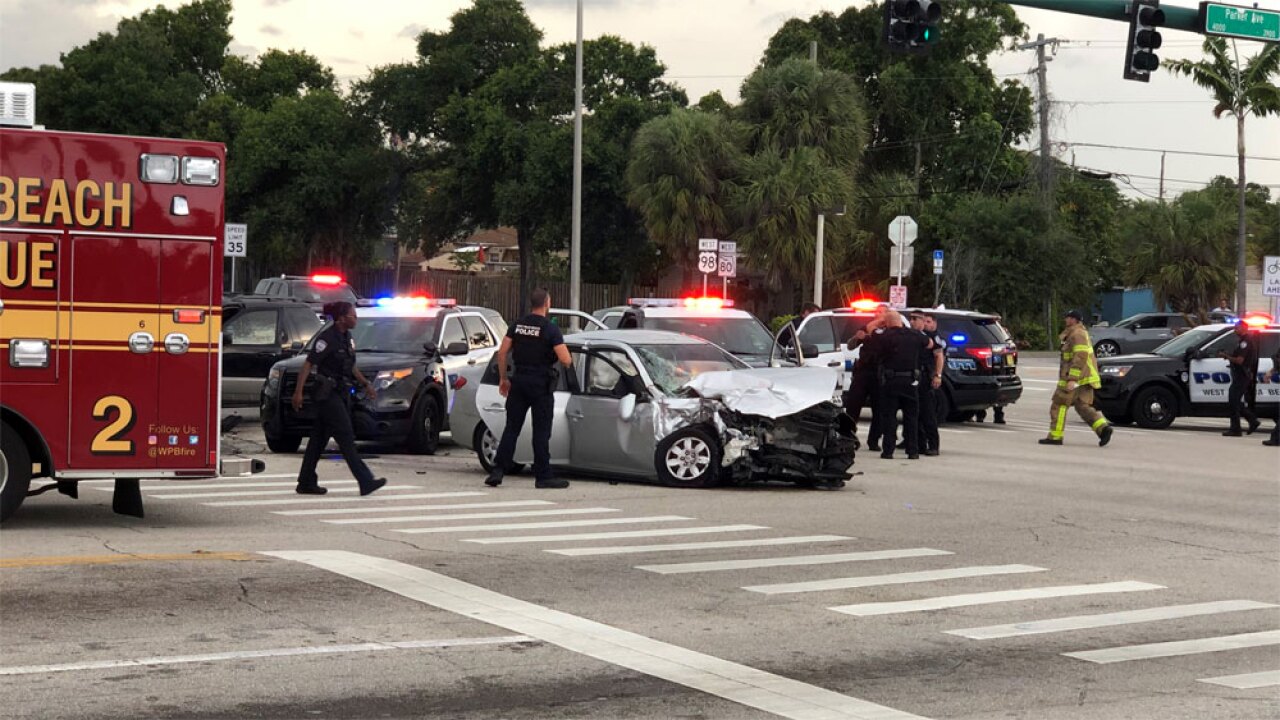 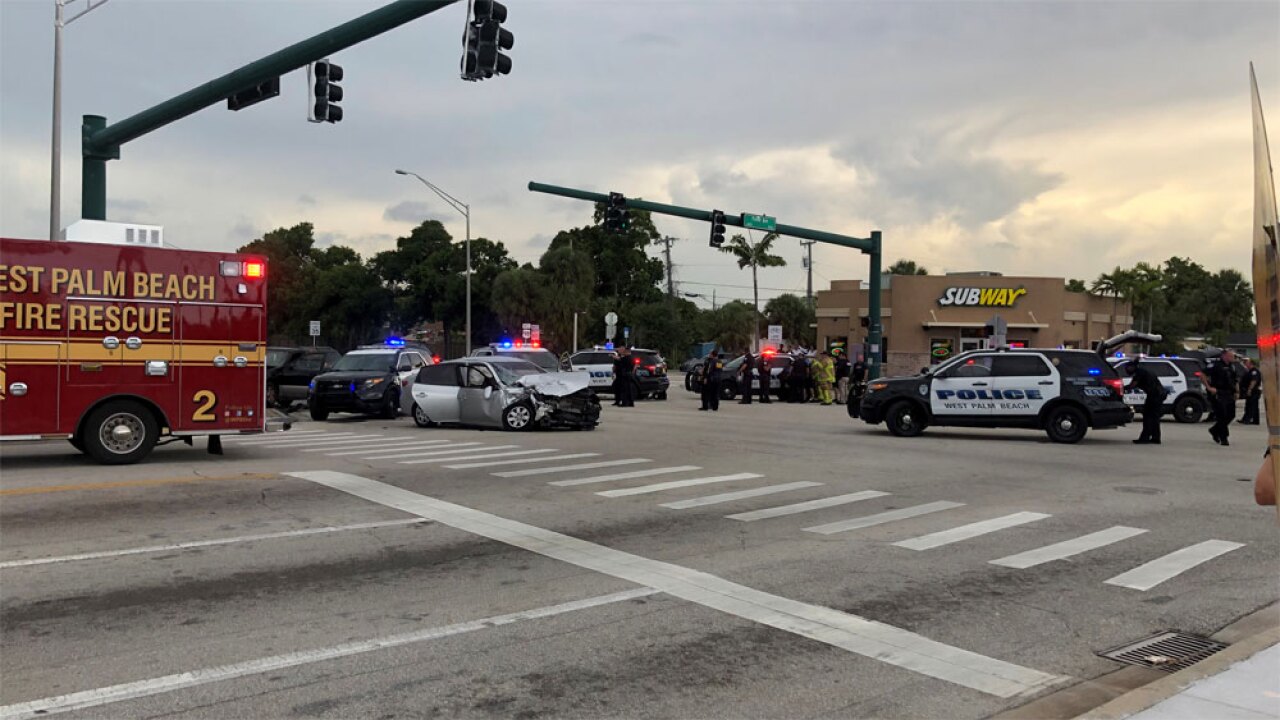 WEST PALM BEACH, Fla. -- Two juveniles were arrested after police say they stole a car at knifepoint and then crashed into two vehicles during a police pursuit.

On Saturday, two minors stole a Hyundai in the area near 4415 Broadway Avenue in West Palm Beach at 5:45 a.m.

At 4:50 p.m. the suspects were spotted near Banyan Boulevard and Tamarind Avenue.

Police pursued the suspects to the area of Parker Avenue and Southern Boulevard. During the chase the suspect vehicle ran a red light, striking two vehicles - first a BMW and then a Mercury.

Both suspects were arrested and transported to a local hospital for minor injuries.

No one in the other cars was injured.

HAPPENING NOW: WPB police say 2 arrested after stealing a silver Hyundai at knifepoint this AM. Police pursued car before it crashed into 2 others at the intersection of Parker Ave & Southern Blvd. innocent victims received minor injuries. We talk to 1 of the drivers on camera. pic.twitter.com/cMJpsTUHAw