A woman breaks her silence after 30 years — motivated by the #MeToo movement. She claims a teacher and school resource officer abused her when she was only 12 years old. 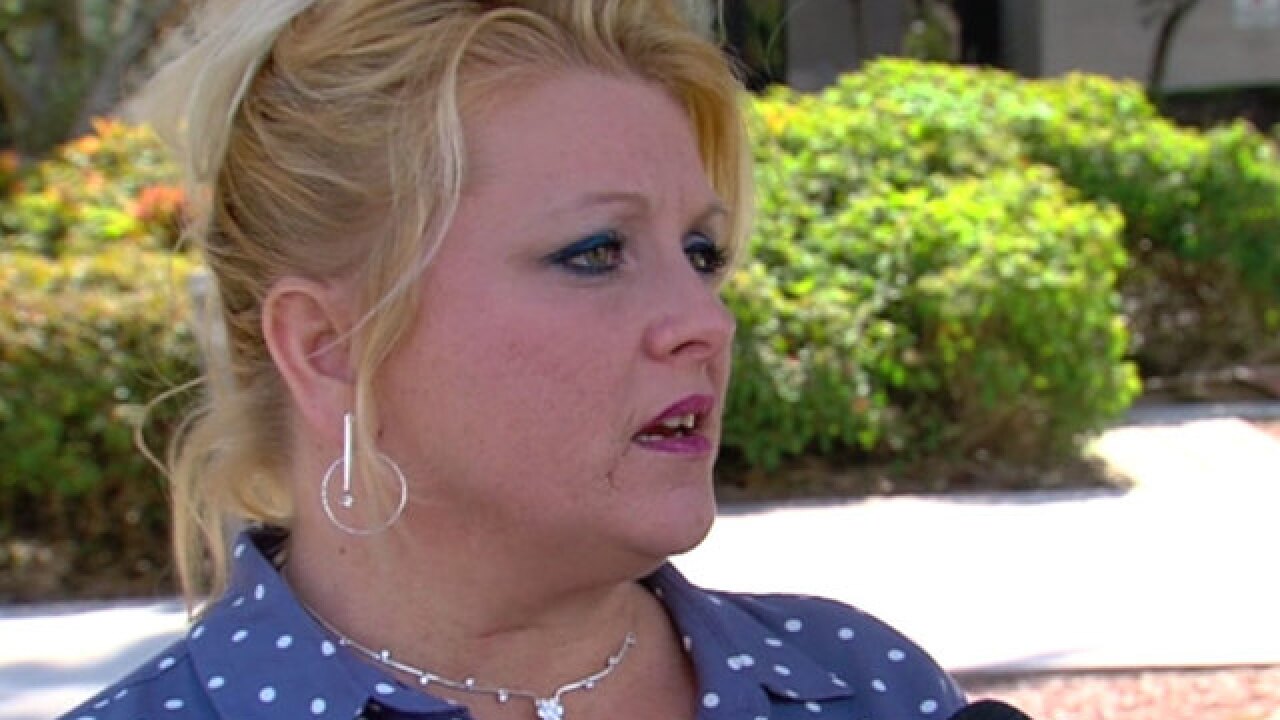 A secret she kept for 30 years.

“There would be inappropriate touching and talk,” Albino said.

WPTV was there when she filed a police report on Tuesday with the Palm Beach County School District.

“It’s long overdue,” Albino said. “I didn’t have the courage to do it before but now I have all my family backing me. This feels right.”

Albino said the “Me Too” movement gave her the courage to finally come forward and talk about the abuse she suffered while in school in Palm Beach County.

She said she doesn’t know why her science teacher took an interest in her when she was only 12 years old.

“I was definitely scared,” Albino said. “I was afraid.”

Albino said things got worse when her teacher told his friend, a resource officer, about her.

“My school resource officer actually came to my house and picked me up and told my mother I was babysitting for him,” Albino said.

But when they arrived at the school resource officer’s home, Albino claims there was no babysitting.

“His two sons at the time were very young,” Albino said. “He put them in the bathtub so they wouldn’t see anything and we had, you know, sexual conduct at his house.”

Albino claims her abusers almost viewed what they were doing as a sport.

Albino said the abuse was ongoing over several years and those two authority figures threatened her not to say a word to anyone.

“(The abuse) would happen at school, in the office building, in the classroom, after school, after sporting events,” Albino said.

She said the two men sponsored her to go on a school trip to Washington D.C.

“Because they knew we would have access to me,” Albino said. “I tried to avoid them as much as I could but there was a point where we were on a bus, we took a bus to D.C., and the school resource officer sat in the back of the bus, very last row, with me and a couple of other friends. And while we were driving we had blankets over us and pillows, acting like we were sleeping, but he was touching me.”

Her fear, she said, only grew until she left the school district and Palm Beach County at age 16.
Even all these years later she says the impact remains.

“This is my daily medication,” Albino said, holding a bag full of medication. “For anxiety, for severe depression, for sleep disorder.”

Albino said she spent most of her adult life in therapy.
She has struggled with drug and alcohol addiction but says she’s sober now.
Over the last 30 years, Albino said she felt shame and guilt. Until she watched other women share their stories on national television.

“With listening to other stories, and hearing other women say the exact way of how I feel, I realize that – I was 12. I was a child,” Albino said.

Saying “me too” is the next step to taking control of her life.

“I feel this is what I need to do to be a good person the rest of my life and put things to rest and not carry them around with me anymore,” Albino said.

The mother of six said she’s finally telling her secret, not just for herself, but for her two daughters.

“It’s a constant worry,” Albino said. “A constant concern. One daughter is in high school, the other in college.”

Albino has a message to her abusers.

“I would say to them: This was wrong,” Albino said. “You guys were in a position to enhance my life and my future and you took my innocence, you took my childhood from me.”

WPTV is not naming the two men Albino claims sexually assaulted her since they have not been charged with a crime.

Contact 5 found the resource officer no longer works for the school district.

The science teacher Albino said abused her still teaches in the Palm Beach County School District.
After Albino filed her police report the district removed him from the classroom and launched an investigation.

The district sent WPTV this statement:
“The employee was removed from the classroom when we were made aware of the allegations. He will remain on leave while School Police and the Office of Professional Standards conduct their investigations.”