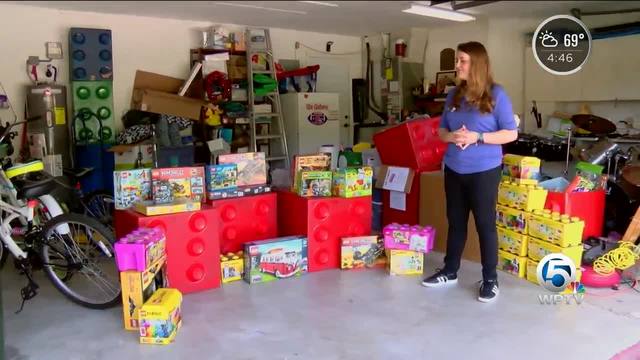 A Wellington teen is using Legos to build up the lives of kids in need. 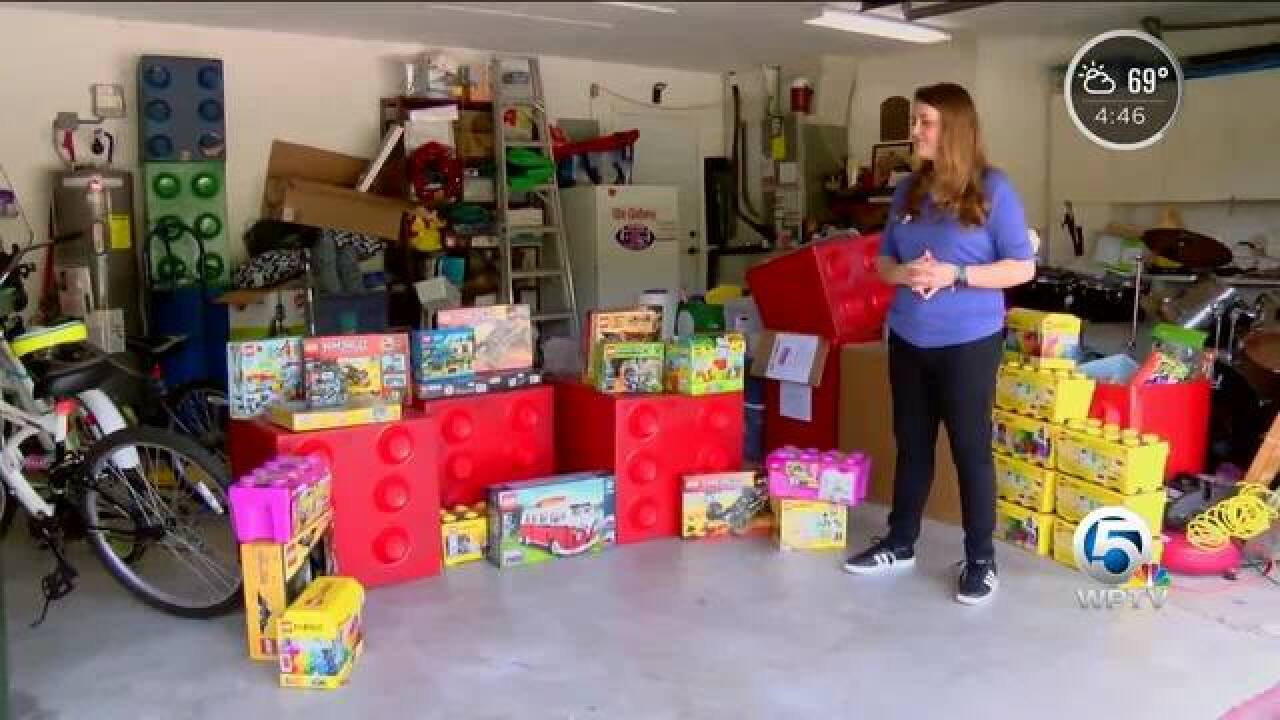 You and your children may have played with Legos, those colorful blocks you can build into anything.

This week, WPTV's Alanna Quillen caught up with a Wellington High School teenager who is using the popular toy to build up the lives of kids in need.

Sarah Clein is making a difference in kids lives, one Lego block at a time.

"Spread the Legos, spread the love with Legos," said Clein, as she looked through the Legos she has collected in her home garage.

Sarah runs the non-profit, Bricks Busting Boredom. She collects new and used Legos and donates the toys to children in need at hospitals and homeless shelters.

"It takes their mind off their issues. They get to just sit and tinker and it's really just a good distraction from everything that's going on around them," she said.

Her garage is literally filled with thousands of pieces.

"People donate an entire bag of Legos," she said. "We take anything. If it's a Lego, we take it!"

This Saturday on March 9, Sarah will be hosting a Lego party for kids staying at Quantum House at St. Mary's Medical Center in West Palm Beach.

"Everyone in treatment will also be getting a big Lego box of their choice," she said, showing off the collection of new Lego sets that were donated to her.

This charity is actually a family affair.

In 2016, WPTV first profiled her older brother Dan Clein and his work in founding the non-profit. He launched it in 2015.

Dan has since moved on to college and has handed down the legacy to his sister.

"He wanted to make sure it kept going, stable and strong so he passed it down to me," she said. "It's a big family project, with everyone involved."

After Sarah graduates high school in a few years, her 11-year-old brother will actually take over to continue the family legacy.

Sarah is searching for even more Legos as she continues her mission to change lives. She has big Lego boxes set up at schools and businesses across the area for people to drop off Legos.

"It makes me feel great, just to see the kids smile," she said. "It's really a part of me now to be able to do this. It's something I just wanna do as much as I can."

If you have Legos that you want to donate, click here for more information.