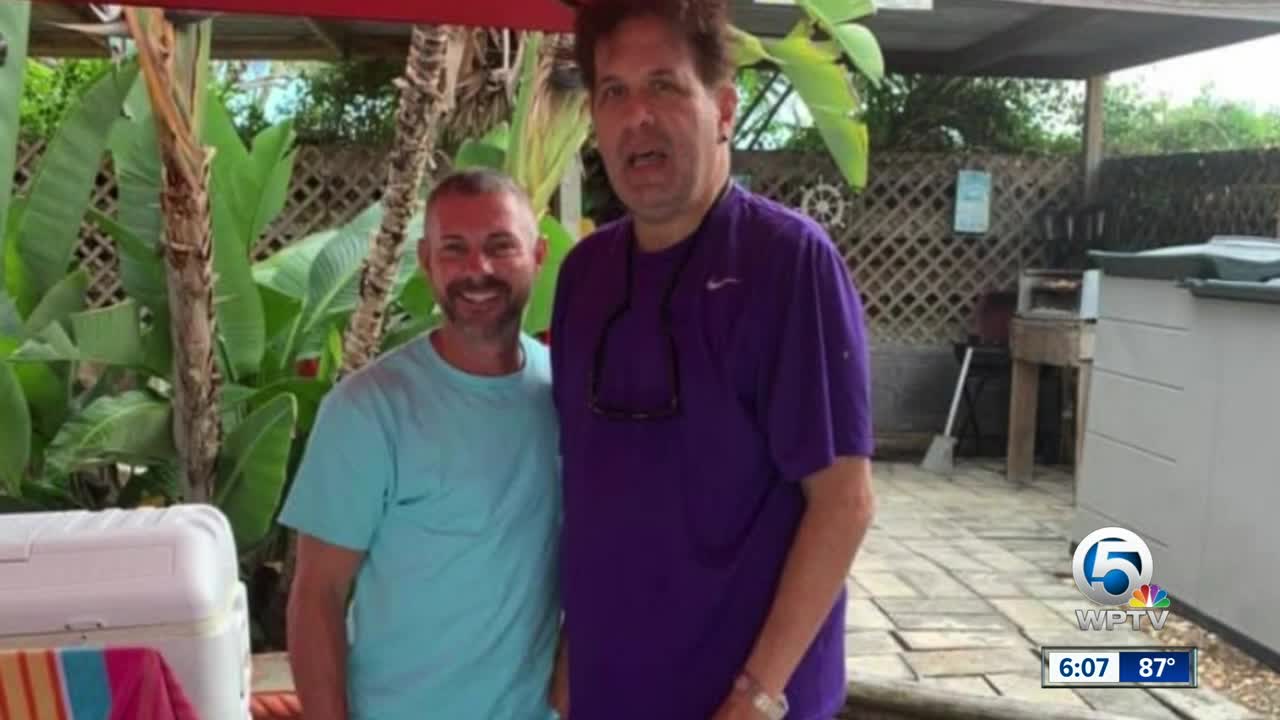 Two men from Wellington. One is a teacher — the other, a veteran cop, turned teacher. Both complete strangers. But now, one is about to save the other’s life with a kidney donation thanks to the power of prayer, hope and determination.

WELLINGTON, Fla. — Two men from Wellington. One is a teacher — the other, a veteran cop, turned teacher.

But now, one is about to save the other’s life with a kidney donation thanks to the power of prayer, hope and determination.

“If they don’t believe in miracles, they should,” said Scott Jacobs.

The 58-year old has waited six years to find his second chance on life.

“Believe in the power of prayer,” he said.

Lacobs is a retired New York City Police lieutenant who moved to Palm Beach County after retiring in 2003 to become a criminal justice teacher. He worked at a high school in Belle Glade for a number of years until stress ended his career back in 2013.

“It was awful. I was getting headaches, I knew I was getting sick,” he said. “The doctors, they said [my] kidney function was 20 percent.”

That’s when the search began for a just one kidney to grant him a ticket to survival. Doctors tried to find a match in his immediate family.

“They found a lump in my wife’s breast and my daughter’s adrenal gland… we thought they had cancer. So we went through more hell with that,” Lacobs said.

After that, he turned to other methods to find a donor.

“Getting t-shirts made up, putting a magnet on my car and driving around here,” he said.

After a woman posted one of the shirts on Twitter, his plight gained national attention. A man from the New York area stepped forward and offered to donate — but he ended up having a serious lung illness and became ineligible.

With hope dwindling, Lacobs made another attempt — this time on the Wellington Florida Speaks Facebook group in April. He posted in several other groups, but this one gained traction.

“I was sitting at home watching TV and my wife was next to me flipping through Facebook,” Miller recounted.

She leaned over and showed him a post that stuck out to her. It was Lacobs last plea for help.

“Over the last few years, it’s just one of the things that I talked to my wife about that I just kind of had a calling to do. It felt like the right thing to do,” Miller said.

Within minutes, Miller and his wife made their decision. He quickly picked up the phone and reached out to Lacobs.

“And he’s like, ‘You need to go to the hospital to do some testing, I’ll fly you into town.’ And I replied, ‘Oh I live in Wellington. And he’s like so do I!’”

It turns out, they live just one mile from each other in Wellington.

Weeks and weeks of tests, blood samples, and paperwork at Jackson Memorial hospital in Miami showed that Miller is a perfect, healthy match.

“I am a marathon running and I do participate in triathlons,” said Miller.

Just four weeks into this new friendship, their surgery is now in two days on June 5.

“God created us to help one another and he made us with interchangeable parts for a reason,” said Miller. “The miracle is in helping other people.”

“I want live a long life, I want live to see my grandchildren be born,” said Lacobs.

They hope their story will remind others to never stop believing there’s a second chance for the thousands of others still waiting for an organ transplant.

“I just feel in my heart that my job is not done. I just hope that whatever years I have left, I can continue to help people,” said Lacobs. “It’s a gift of God.

If you’re interested in giving the gift of life, just call the Miami Transplant Institute at Jackson Memorial Hospital in Miami at (305) 355-5000.