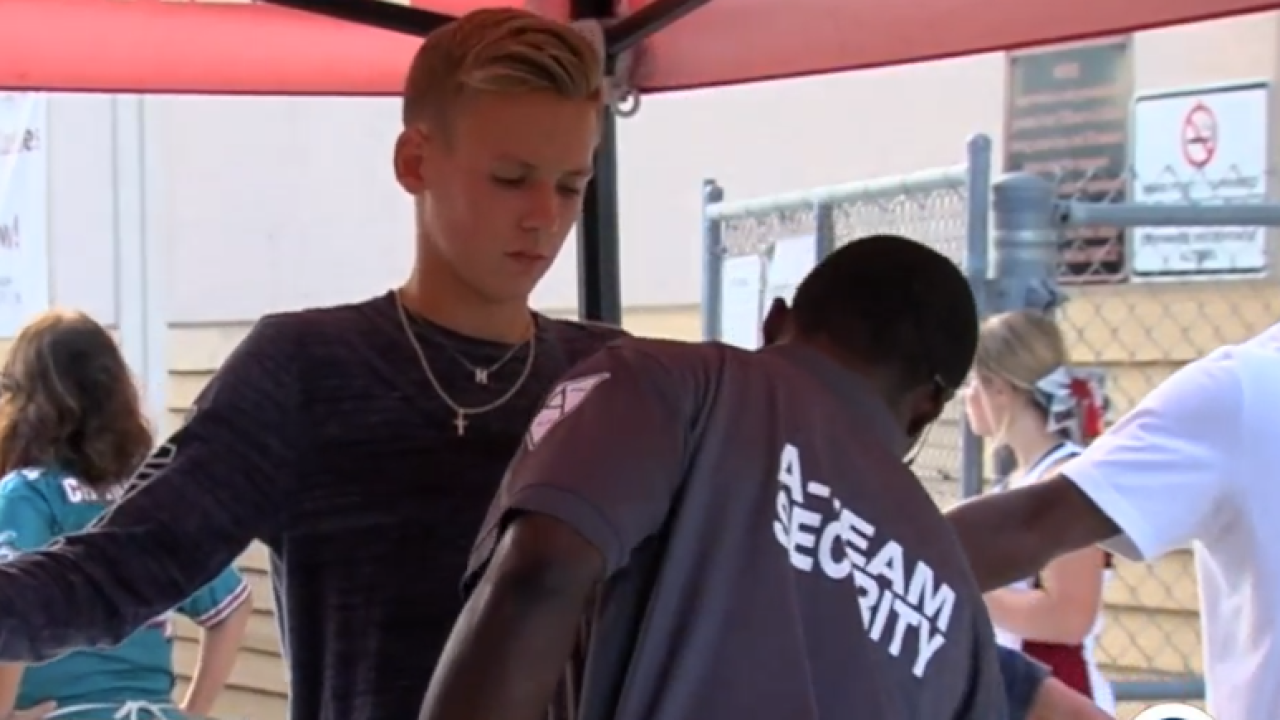 WELLINGTON, Fla. — School security is a focus this week, after threats were called into schools the last two days.

You might remember this scene from the first Friday of the season last year, where a shooting just outside of a Palm Beach Central game caused pandemonium inside the stadium as people ran for cover.

Tonight, were more than a dozen school district police officers visible around the stadium on top of the strict rules to get inside the stadium.

The Davis’s son is an offensive lineman for Central. They were prepared with their clear bag.

“I hate to say it but it’s one of those things you got to deal with. 99% of those threats are garbage, just trying to get attention. Just got to be vigilant for that 1%,” said Brad Davis.

They were here last year on the first Friday of the season, when a shooting near the stadium created chaos.

“Everybody did what they were supposed to do, the kids listened, the law enforcement that showed up was fabulous,” Lisa Davis said.

And then this week, seven palm beach county schools were locked down following non-credible threats that were phoned in.

“It’s scary for our children. But we want to do the best we can to be as safe as we can and let these parents have the peace of mind that their children are safe,” WPBPD Deputy Chief Rick Morrissaid in an interview Thursday.

There is also an app the district is encouraging people to download called FortifyFL. It can report suspicious activity. You can send in pictures or video with it.

You can find it in the app store