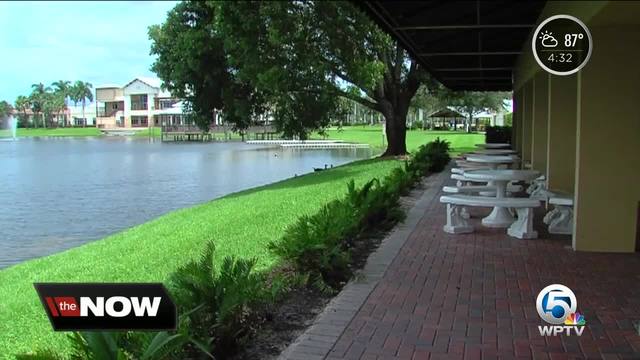 There’s a major project brewing in Wellington right now that could potentially change the waterfront at Lake Wellington. 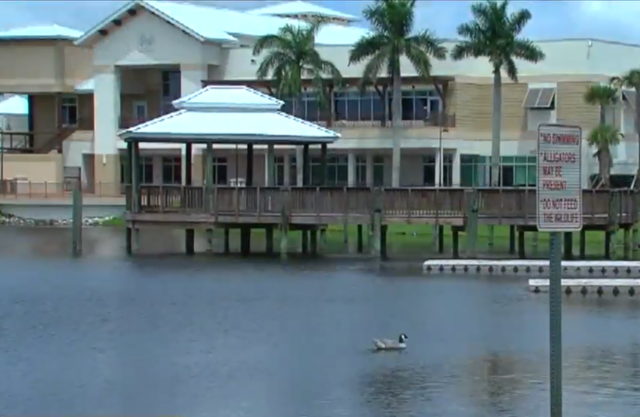 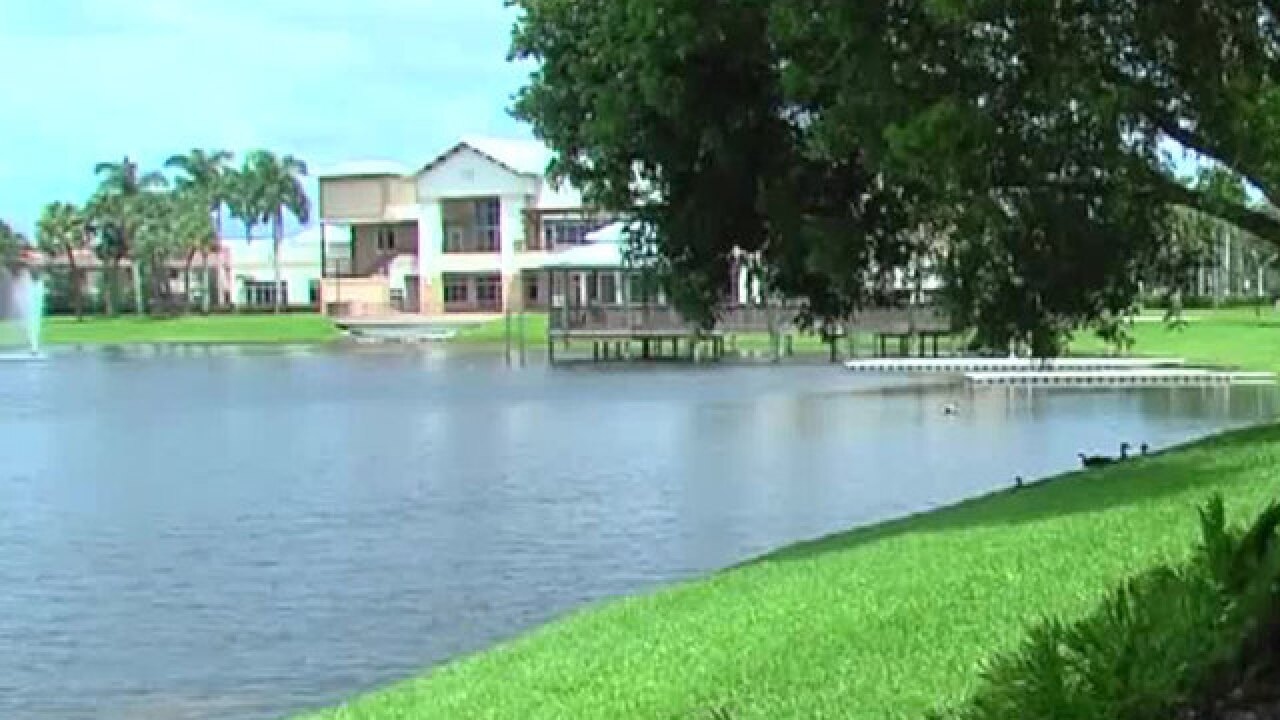 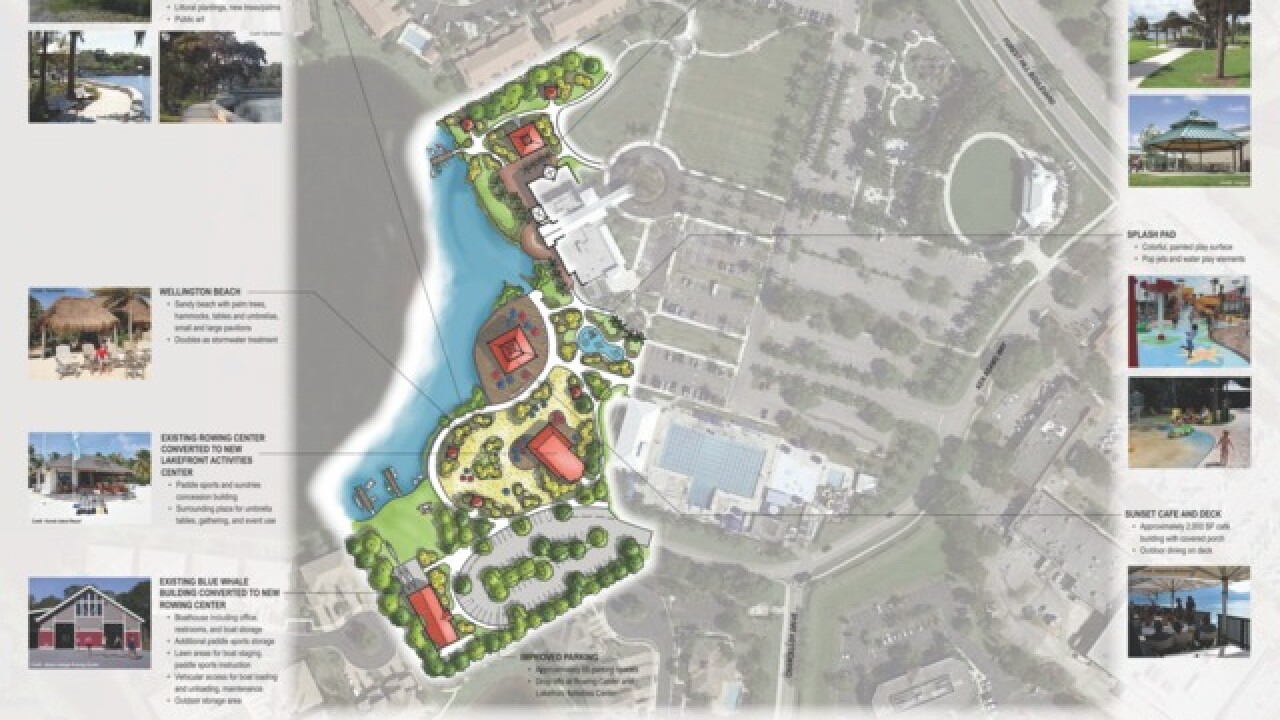 There’s a major project brewing in Wellington right now that could potentially change the waterfront at Lake Wellington.

It involves revamping the area for more fun and play to address the demand for recreational use.

But a certain detail in that plan could put 170 businesses out of a home.

The village owns the land around the lake as well as the office building and officials said they are seeing demand for more recreational options at the lake.

Jim Barnes, assistant village manager, said the vision for the project is really the last step in this whole revitalization of this property -- which for a long time sat largely vacant until an aquatic playground, village hall and a community center were built.

"The thought was, the last piece that was missing was to activate that waterfront because it's such a great amenity," he said.

Next week, the city council will discuss and the upcoming fiscal year budget — which includes money to build a beachfront at the property, along with commercial and recreational opportunities.

"When the property was purchased from a private owner several years ago, the longterm plan was to was to use it as some type of land bank that at some point, the thought would be that we would not remain in the office leasing business forever," Barnes said. "The thought was, with acquisition, we would have future potential for completing the ultimate development of the property here."

The catch -- the office building could potentially be torn down displacing everyone inside, including the village’s Chamber of Commerce.

Marion Frank, who runs a medical practice, has worked in the building for nearly 15 years.

“I moved in during hurricanes Frances and Jeane," she said.

And she’s formed a camaraderie with the 170 other businesses that call Lake Wellington Professional Centre their home.

“I live three miles away from here so I basically roll out of bed, I’ve ridden my bicycle here," said Frank. "It's totally awesome that we have this building here for the lucky few of us that are able to here."

But their office building could be on the chopping block if plans for the new recreational project moves forward.

“What is the motivation? I don’t get it,” said Frank.

At next week’s council meeting, the village will vote on their budget, which includes $1.2 million set aside for the design, demolition, site prep and permitting for the project.

The concept behind building a beach front on the lake has been the subject of the most scrutiny. There are multiple signs around the property warning of alligators.

"It's not really ideal for humans to go out there," said Frank. “15 miles east of here, we actually have a real beach called the Atlantic Ocean."

The Wellington Chamber of Commerce has worked in the office building for 17 years.

"This building is unique to Wellington. It is the only business model that includes your office suite, kitchen privileges, reception, mail and use of several conference rooms," said Executive Director Michela Green. "We have such a vast array of businesses in here that are true professionals in Wellington."

The center also provides virtual offices for clients who are waiting for spaces to open up within the building.

"They work from other places but they come in and use the receptionist and conference spaces. So it does allow them to conduct a professional business, even if they don't have a space just yet," said Green.

The chamber said they are big supporter of the council and staff but they have concerns about the project. Chamber staff spoke out against the project at a council meeting last week.

“You can't swim in the water. And we’re not a heavily saturated boating community. To literally take 150 plus businesses offline for a beach that hasn’t really been on anyone’s radar -- is a bit of a concern," said Green.

Green said with higher rent elsewhere in the village and only 2 percent available commercial space in Wellington, the businesses have nowhere to go.

“Medical, CPAs, attorneys, the Chamber of Commerce -- we can’t work from our living rooms," she said. "Business if the life blood of Wellington and people love to work here and stay here, and not have to commute. Which is why this building is perfect for that."

Village officials said it’s still too early to say what will even happen with this project.

"We're so early in the stages now I think the office component could remain, it may not remain," said Barnes. "The conceptual plans have shown other proposed development on that site."

“It's going to be a very long process and journey and we have to take that first step of acknowledging it as a potential project and put some funding in place for it," he added.

The village said they are also willing to look at other options for more commercial space or mixed-use space at the site, should that time come.

“We care about our businesses here. We work with the chamber," said Barnes. "Regardless of what that ultimate plan is for that property, the overall site, our concern and interest will be to ensure those businesses stay here in Wellington and continue to grow and flourish in Wellington.

The chamber hopes that more public input will be granted before any major decisions are finalized.

"The chamber is really pro-council pro-staff," said Green. "We trust them to make the best decisions for Wellington and we hope they will take our professional input when it comes to this project."

Green added, "We believe the money should be spent on feasibility studies or meeting with the residents....If there is that much money that can be allocated in the budget, they would put it toward looking at adding some more commercial space in Wellington."