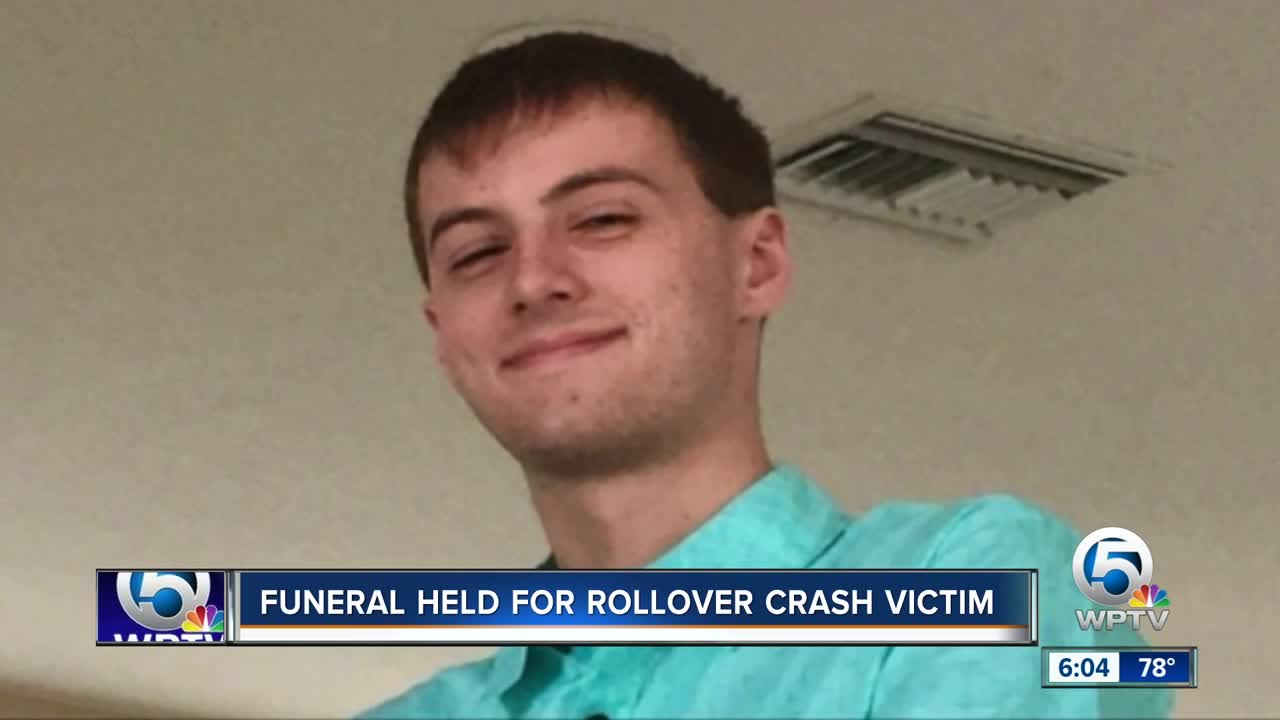 A funeral was held on Sunday for the 21-year-old who died in a Wellington jeep accident last month.

WELLINGTON, Fla. — A funeral was held Sunday for a 21-year-old man who was killed last week while riding in a crowded vehicle in Wellington.

The victim, Troy Carrabis, 21, was a passenger in a Jeep that was packed with 10 people and doing "doughnuts” in a cul-de-sac.

The funeral was held at Beth Israel Memorial Chapel in Boynton Beach.

He died when the vehicle overturned last month on Stotesbury Way.

Carrabis was one of two people partially outside the vehicle on the window ledge when the Jeep tipped.

Seven passengers and the Jeep's driver left the scene after the crash, PBSO said.

Investigators are still trying to identify the driver and five other passengers.