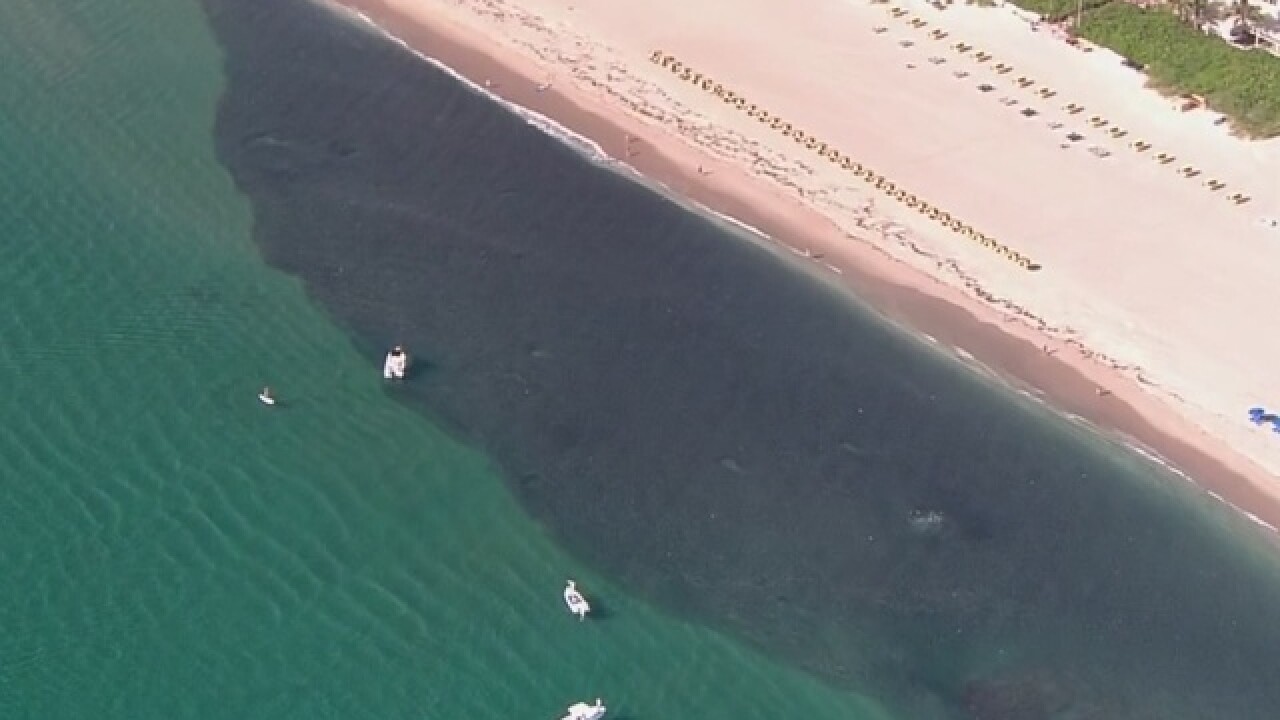 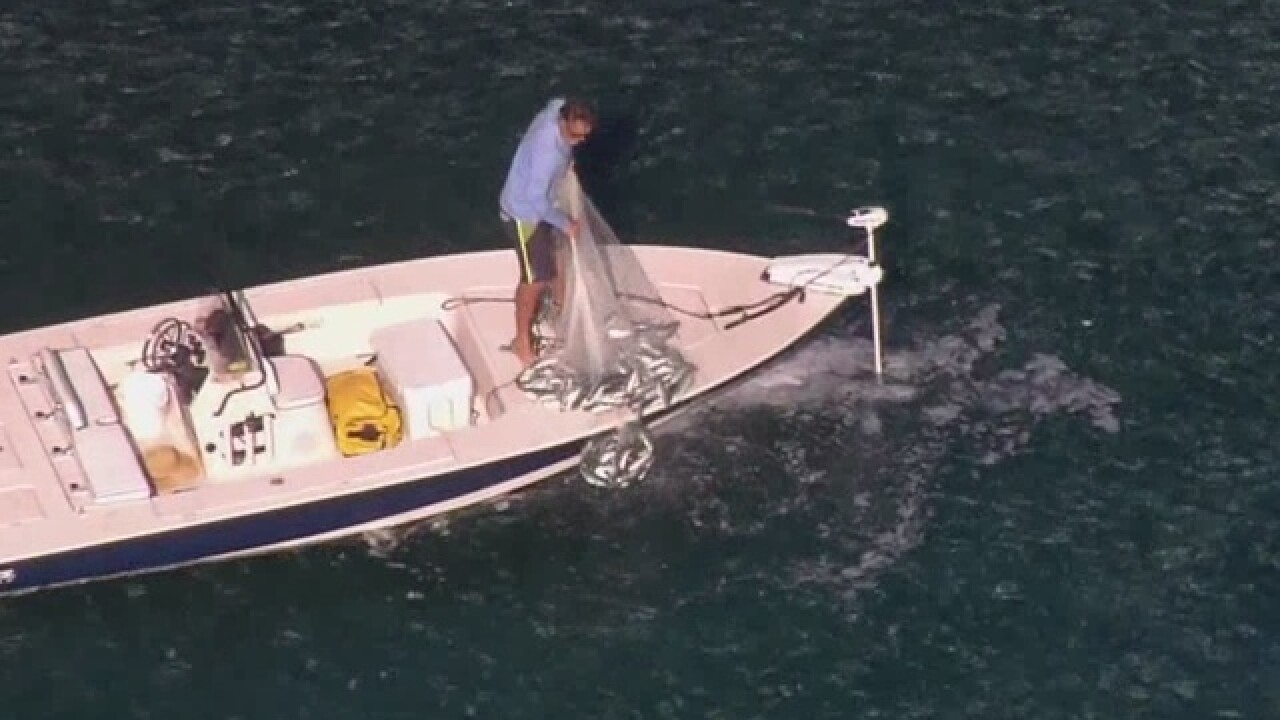 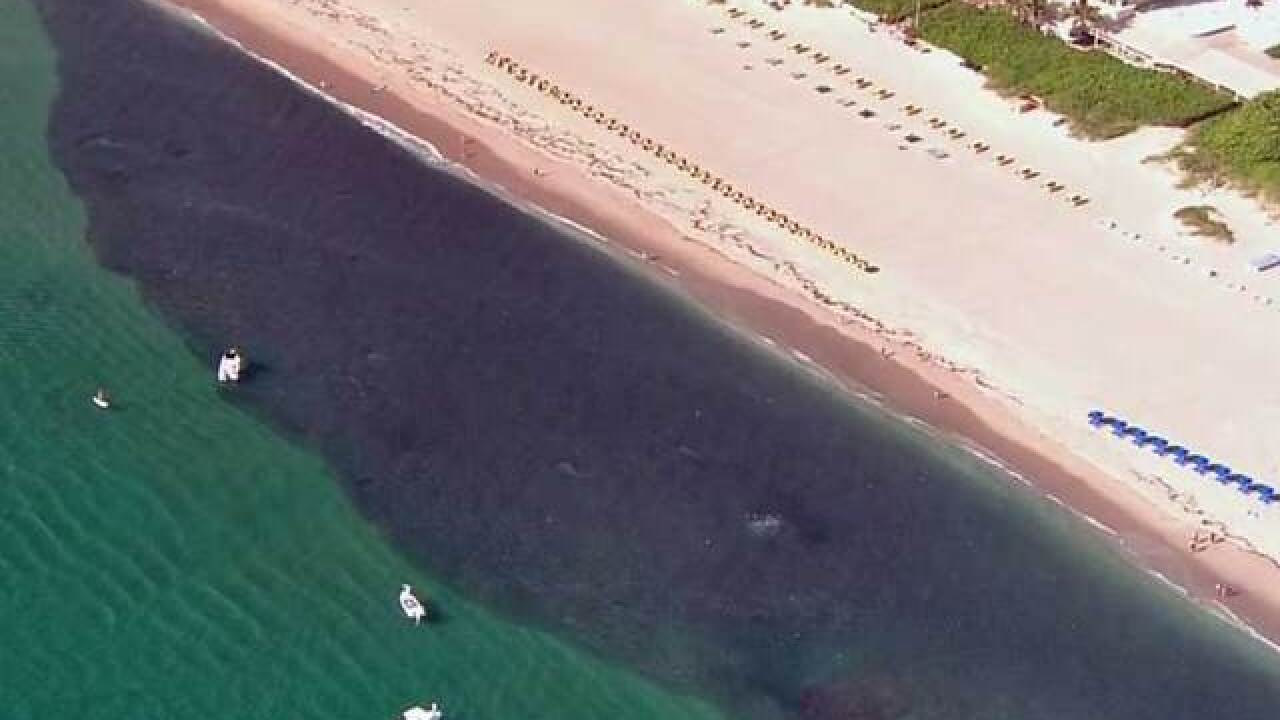 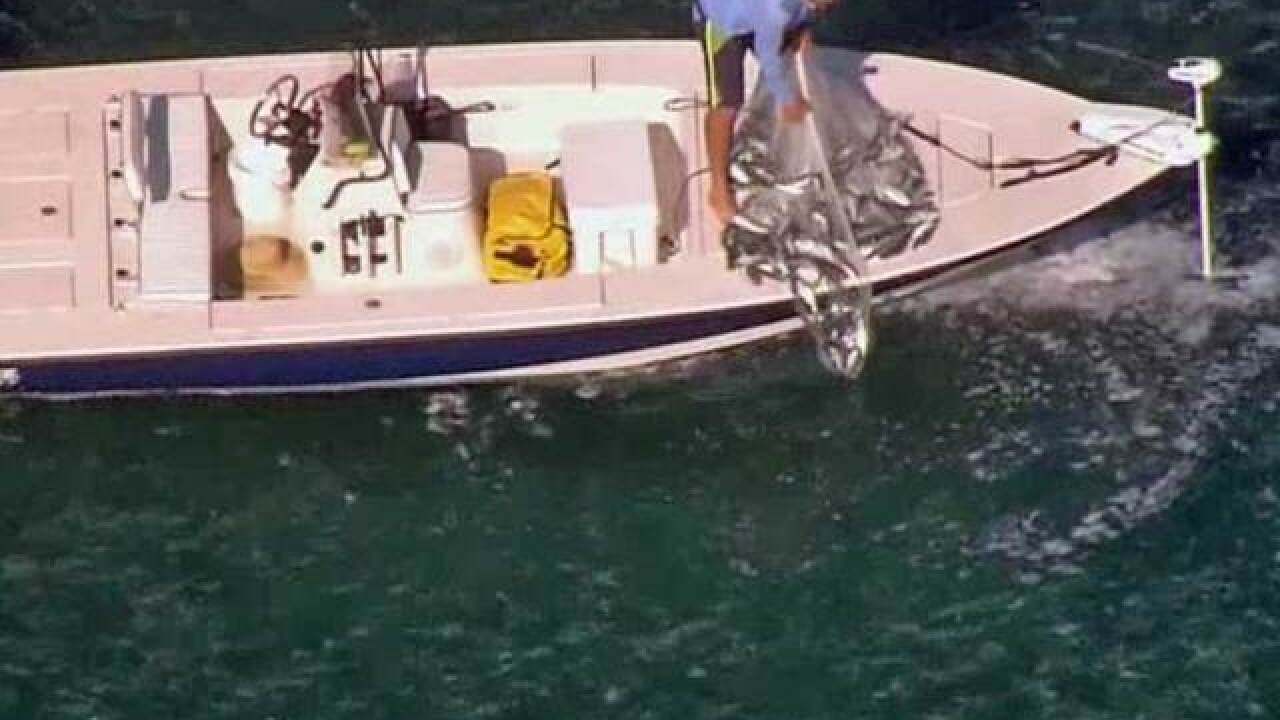 It's not something you see every day. The best way to see a massive bait ball moving through Palm Beach County was from Chopper 5.

"Minnesota girl never gets to see this kind of stuff," says Gina Stevens.

Stevens was swimming at Palm Beach Shores Friday morning when she saw something moving towards her. "Dark water with big fish."

Turns out it was millions of mullet moving south with some bigger predators too.

Abernethy says bait balls usually form this time of the year as the fish are driven south by temperature. "You can see in the background right here the fish are jumping out of the water."

He says this is one of the largest bait balls he's seen. It brought in tarpon and possibly another kind of predator. "Black tip and spinner sharks."

These bait balls also attract fishermen from all over the world.

"Like to fish these bait schools because there's tarpon and big sharks," says Dean Hardy.

Abernethy says South Florida is one of the few places to catch a glimpse of the spectacle because of our crystal clear water.

Check out this video of the bait ball from this morning at Singer Island. Courtesy @AbernethyScuba @WPTV @Fox29WFLX pic.twitter.com/EhNp1Q9oo1