A name synonymous with the battle against breast cancer is in a new chapter of her efforts. Nancy G. Brinker, the woman behind the pink ribbons and races you've seen for decades, is putting her efforts in what she believes. 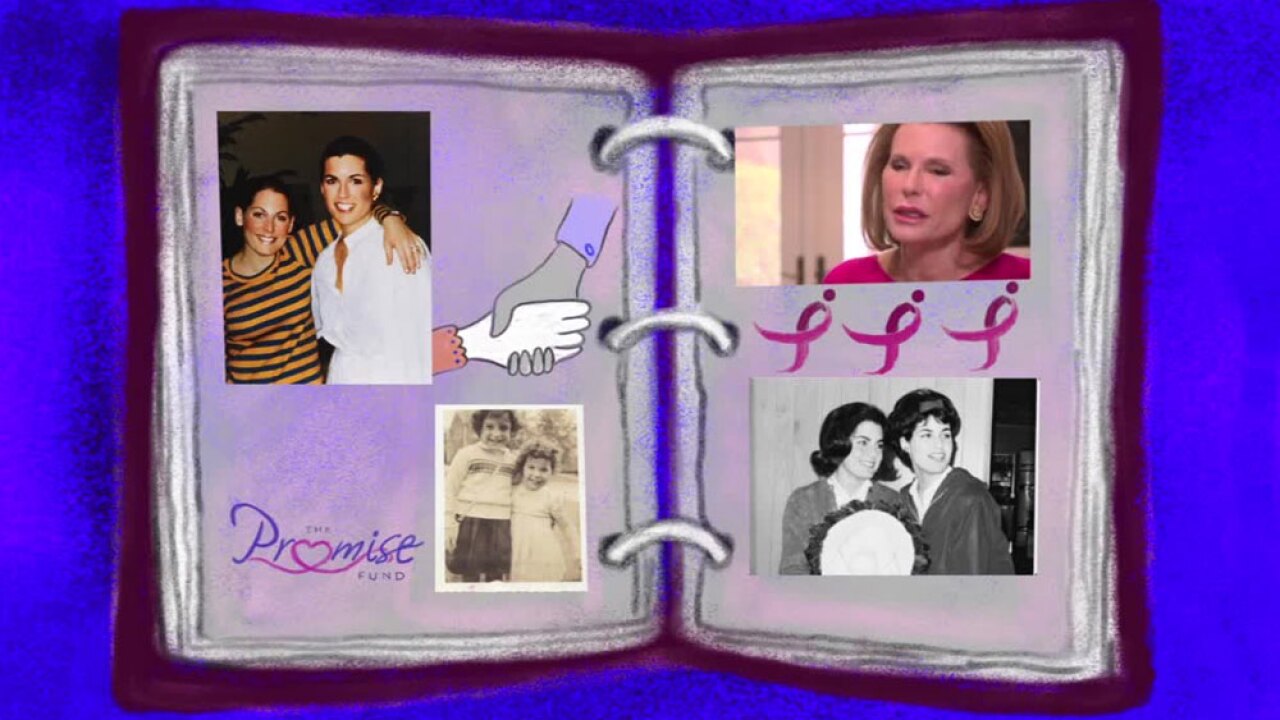 PALM BEACH COUNTY, Fla.-- A name synonymous with the battle against breast cancer is in a new chapter of her efforts.

Nancy G. Brinker, the woman behind the pink ribbons and races you've seen for decades, is putting her efforts in what she believes is the final part of the promise she made to her dying sister.

It was 1977 when Brinker's big sister Suzy, known now to the world as Susan G. Komen, was diagnosed with breast cancer. Brinker describes sitting in the MD Anderson hospital in Texas with her sister, the hallways lined with women from all over the world seeking treatment.

"She looked at me and said, you know, where a woman lives shouldn't determine whether she lives. And I was sitting there knowing she wasn't going to live much longer. And I thought, 'wow.' That was a big part of the promise I made to her," Brinker said.

Brinker founded the largest breast cancer organization in the U.S., named for her sister, Susan G. Komen. Brinker still works with funding Komen, serving as an adviser and chair for the New York City affiliate, and attending Komen events like the Race for the Cure in cities around the world. However, she has now created a new organization for her personal mission. The Promise Fund of Florida is focused entirely on Palm Beach County.

Brinker hopes the simpler organizational model of The Promise Fund will give her more freedom to focus entirely on "social determinants of health," or SDoH, a newer term in the world of health care. SDoH can be more personal, like a level of education, a family structure or a level of trust for professionals in the health care field. It may also be situational, like a neighborhood's proximity to health care providers or ease of transportation.

In each pocket of each Palm Beach County zip code, there are microcosms of cultural beliefs and issues, knotted together with the challenges of social determinants of health. This is made even more complex by the tens of thousands of people moving to the state of Florida following major disasters like Hurricane Maria.

Cancer is not just a medical issue for any person who is diagnosed. A woman with or without health insurance may struggle to pay for screenings. She must take time off work to get screenings, or attend appointments following diagnosis. She must find transportation to get her there, in addition to childcare, while still providing for her family.

Research and advancements in the last 40 years have made it more possible to survive cervical and breast cancer, but the diagnosis must happen early.

"Because we know so much about breast and cervical cancer, to begin with, we can literally eliminate deaths from these diseases, from stage 1 and 2, of these diseases, if we do the right things," Brinker explained.

Unfortunately, many women won't get the screenings necessary to pinpoint a cancer in its early stages. Thousands of women still die every year in the state of Florida from breast and cervical cancer.

"Early detection and using these tools is greatly, tremendously, less expensive than late-stage treatment, which generally is given in a setting where we know the patient is going to die. And we are throwing things at the disease that should have been detected much earlier," she said.

Liliana Herrera survived breast cancer twice, at ages 29 and 32. She has since devoted her life to the care of others in various capacities. Today, she serves as a "navigator" for The Promise Fund. She connects women with resources that already exist to make it possible for them to be screened. If a woman is diagnosed, Herrera guides them through the medical and personal challenges that can often be emotionally overwhelming to tackle.

She has already seen a variety of SDoH barriers in the Palm Beach County community.

The concept of navigation exists in other organizations, but Brinker says The Promise Fund will aim to dive deeper into the data of why women struggle in certain pockets of certain zip codes. Then, Brinker hopes to help eliminate the barriers for the women in the surrounding community, building a better model for health care. As The Promise Fund works in years to come, Brinker has visions the models that are built could be applied to other communities and other health care battles.

Brinker wants the promise she made to her sister to be a promise kept.

"I know she would have been proud today, and I know she would expect me to finish this. And I promised her that I would get this done before I died. And it's a promise," she said.

To learn more about upcoming fundraising events to benefit The Promise Fund, contact Donna Dodson at 561-307-8000 or ddodson@promisefundofflorida.org.