One month in and Palm Beach County is already getting its first 911 text messages. But dispatch is already learning there's some confusion. 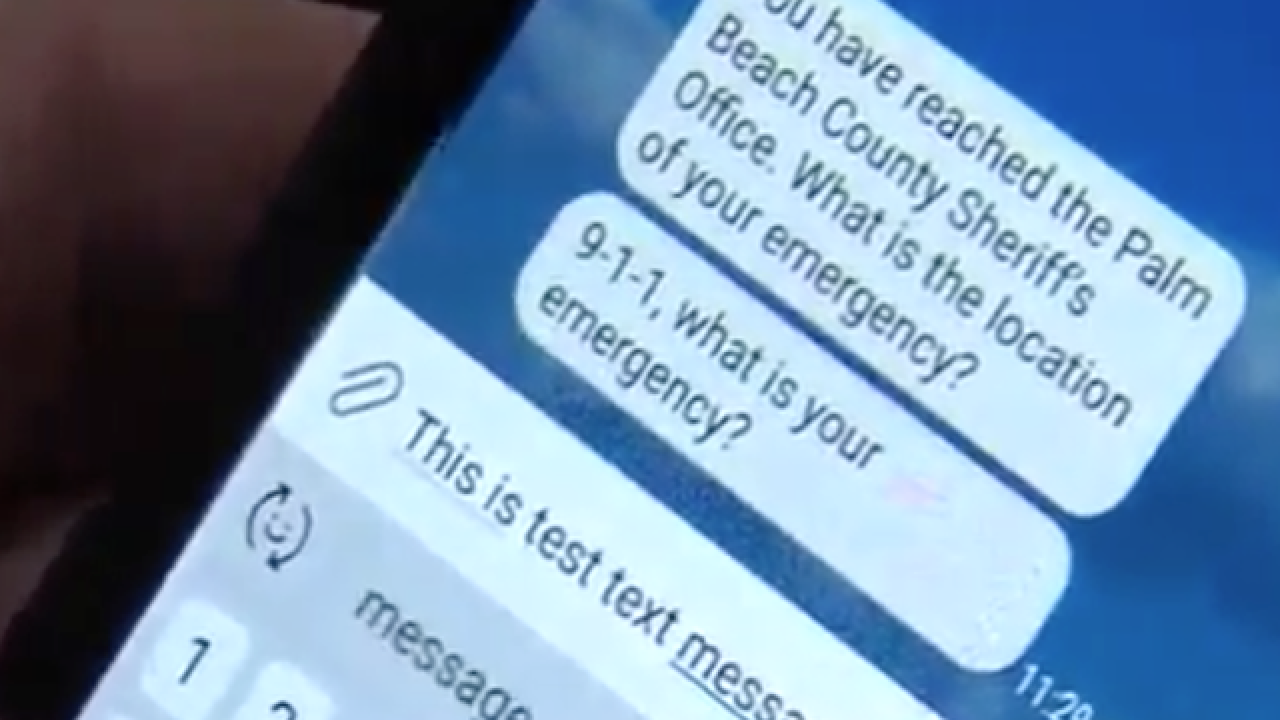 PALM BEACH COUNTY, Fla.-- This week marks one month since Palm Beach County started accepting 911 text messages. They've only had a handful of 911 texts in the county, and that's in line with what they expected in the first month.

Officials said there are some cases where people should have called instead of texted.

Palm Beach County's 911 planning coordinator, Dan Koenig said text 911 should only be used for certain cases.  This month, he said a member of the deaf community texted 911.

"They didn't have to be at their TDD machine in the house," he said.

Koenig also said someone in a domestic violence situation used the text service as well.

"Texting is a good thing, because the person's voice being heard may have escalated the violence or rushed the violence this way the police could be safely outside," said Koenig.

He said both of those situations meet the parameters of when people need to text 911. Some of the instances include those who have a hearing or speech impairment, a home invasion, or domestic violence.

"Any situation where your voice may put you in danger," said Koenig.

He also went on to say: "We've seen other calls come in they could've still been a voice call."

For example, someone texted asking for paramedics for chest pains.  "The verbal back and forth is a lot quicker, gets the responding units quicker," he said.

Plus, in an emergency, you need to quickly and briefly get out key information.  Koenig explained the first text should be what you need and a location. The second would be what is going on.

Koenig stressed they do not need residents to text them as a test to make sure it works. He said they know it works. Additionally, staff members continue to take part in training and testing.