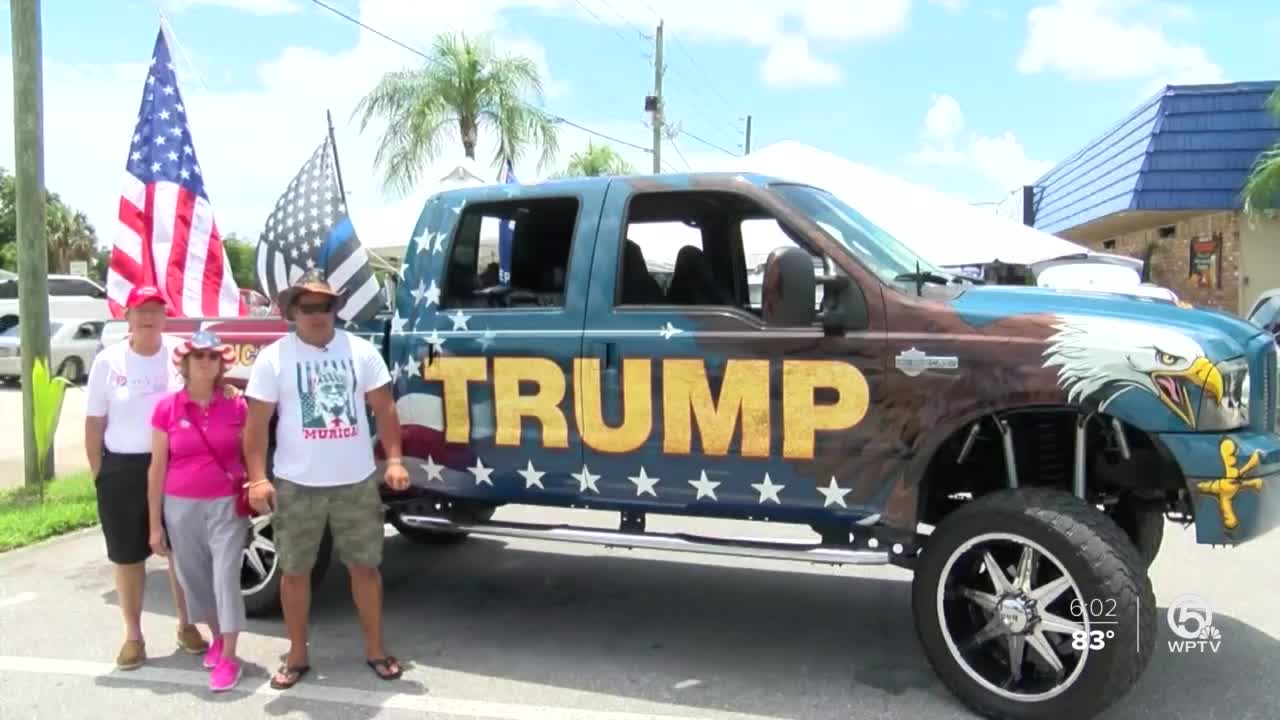 Thousands of people came out Sunday across the state of Florida to celebrate Flag Day and President Donald Trump's 74th birthday. 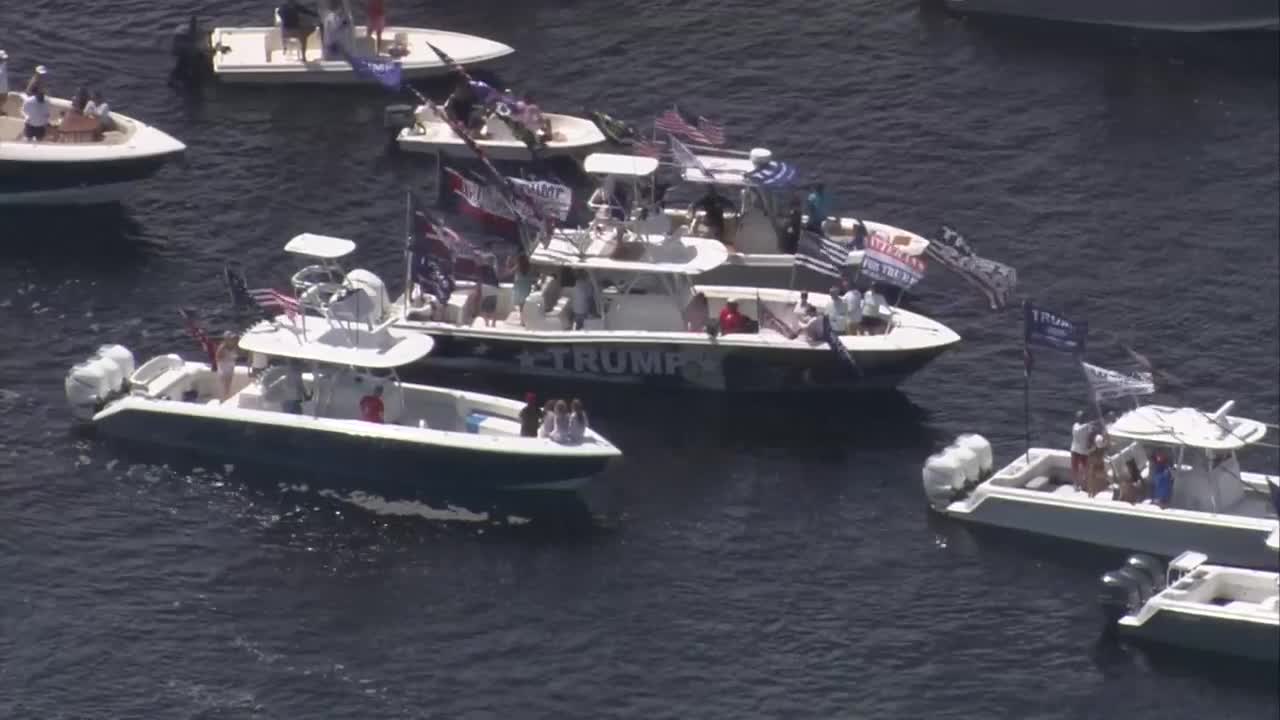 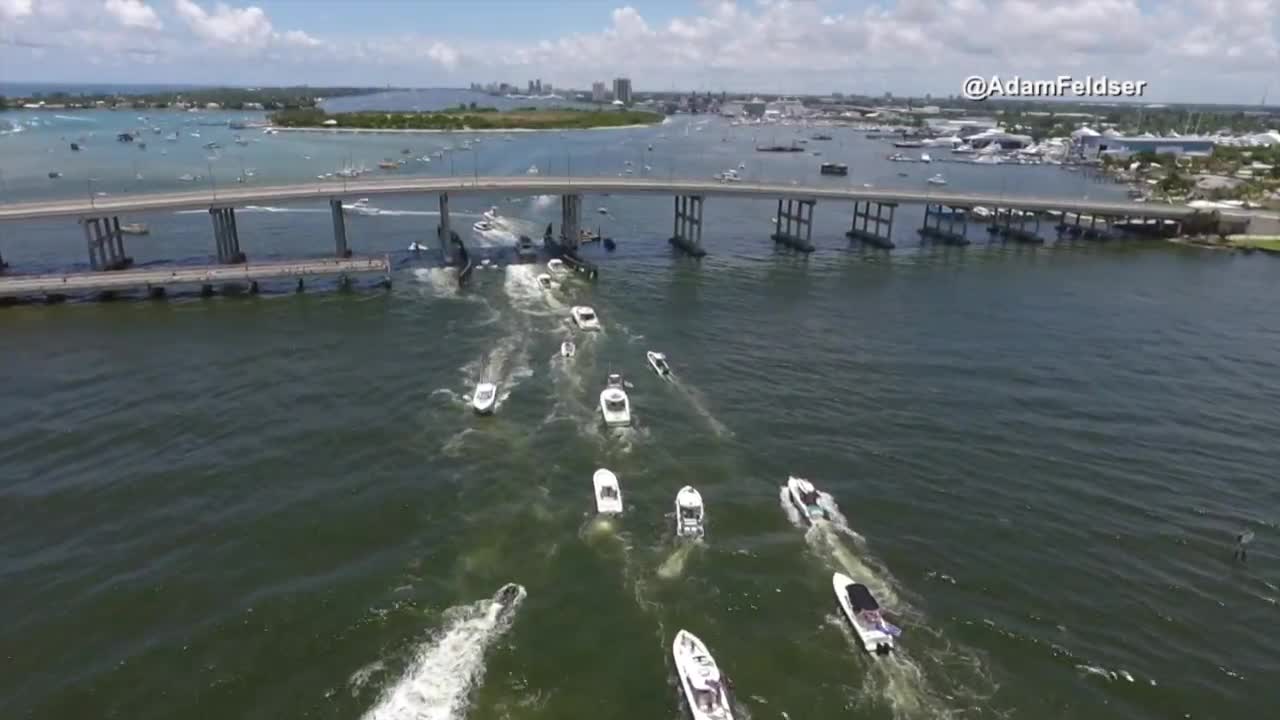 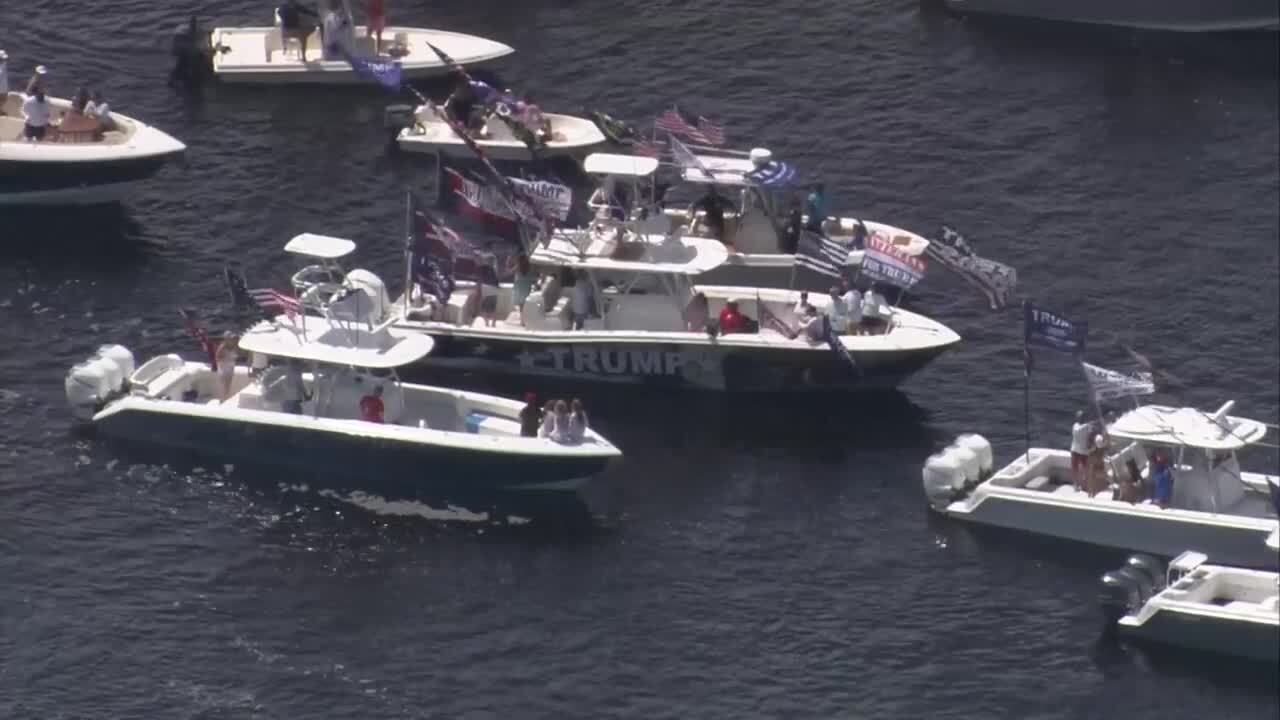 Thousands of people came out Sunday across the state of Florida to celebrate Flag Day and President Donald Trump's 74th birthday.

In Palm Beach County, there were parades of boats, trucks, and motorcycles.

"It's so encouraging to see so many people just coming together in a spontaneous pray to patriotism," said Bobi Kreumberg.

It was an event not just on the water or on the street, but also up in the skies.

"I don't think any president has ever been so well loved," said Kreumberg. "Yeah he's a president of controversy we know that but that's why people love him and are faithful to him."

In Jupiter, several boats gathered at the inlet before heading south along the intracoastal to Mar-A-Lago.

"When you see groups like this come together you know he's appreciated," said Kreumberg.

Demonstration’s organizer has boat wrapped with a @realDonaldTrump theme. The boat parade is going under the PGA Blvd bridge. @WPTV @FOX29WFLX @DerekLoweNews pic.twitter.com/4lpdvRfV2W

In Lake Park, the Trucks for Trump rally started at the Pirates Well Restaurant and Bar before taking Interstate 95 to Southern Blvd. and back.

"I just wanted to start something new and different you know, we have the land yachts if you will," said Lauren Daniello, Local Chapter President, Trump 2020.

"I'm gonna say 150 (trucks) or so maybe more," said Daniello. "We had all this going on simultaneously and that's what really makes it amazing."
Annie Delgago and Ann Vandersteel organized Sunday's statewide parade.

They said their number one goal is to register more people to vote.

"Let's make America great again together it doesn't matter what color, what race, what nationality, you're American," said Vandersteel, Media Advisory Board Chairman, Trump 2020 FL. "Come out and show your support and love for this country and celebrate the president's birthday he's done a great job."