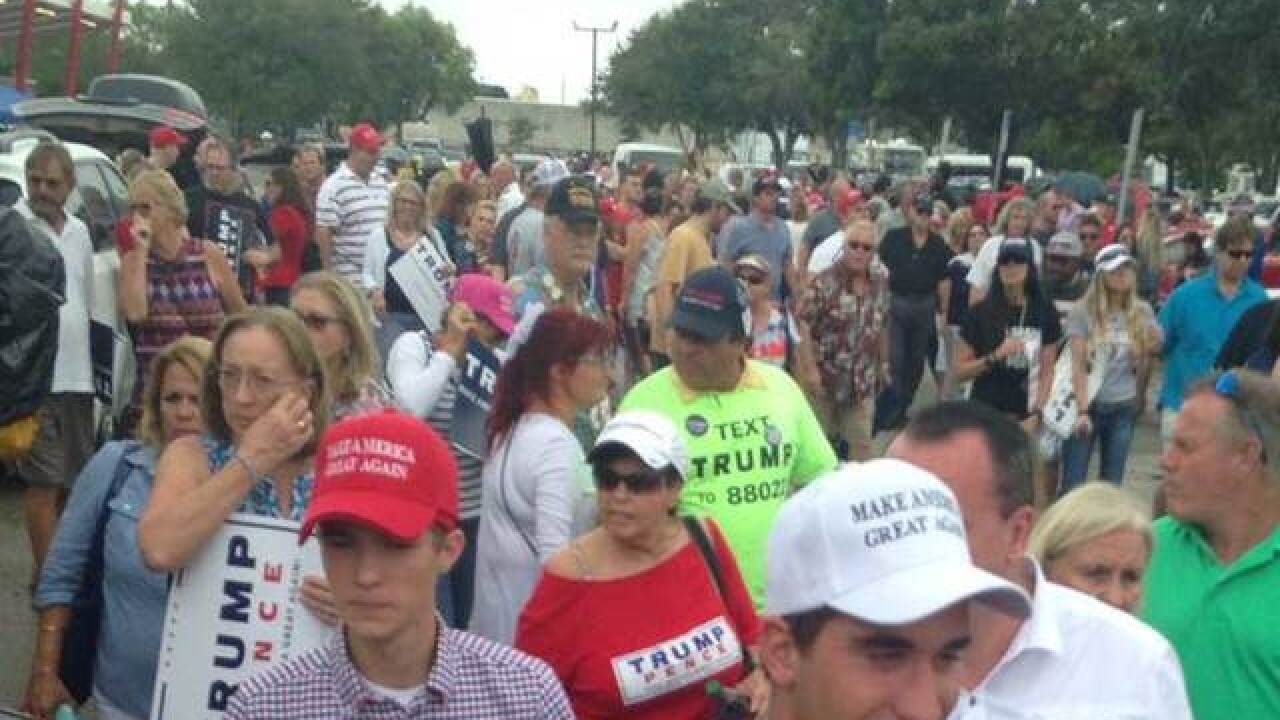 Donald Trump supporters came out in large numbers to rally at the South Florida Fairgrounds.

For some like 20-year-old James Malcolm, this will be the first time they vote for president. "Education is real huge for me right now. I'm worried about career paths after school and I really want to secure some jobs for the future."

"I think the lower taxes building a border wall with immigration stopping that and all that. And just the energy that he brings," Bajor said.

Trump spoke for nearly an hour. He addressed the allegations from women about inappropriate behavior. But supporters wanted to hear about the issues.

"I put policy over personality selection, so that's what's important, the values that he stands for,” Rachel Yeargin said.

"I'm totally pro-life. And some of the support that he shows for our defense, building our country strong again," said Jennifer Yeargin.

"It's jobs and education. We need more education especially for the young kids, especially the black kids as are Haitians,” said Jean-Fritz Altiur.

Trump supporters like Phillip Davis say they want change. "We are so tired of politicians. We are just tired of having politicians run the country."