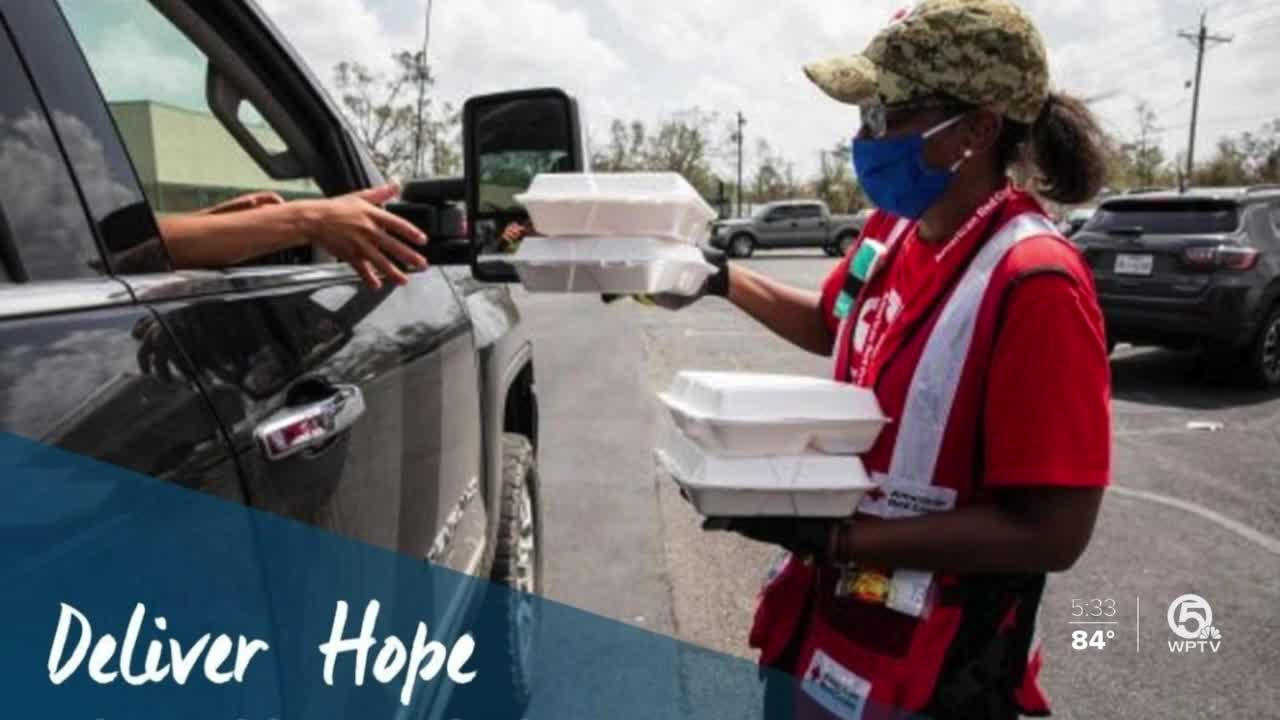 Hurricane Delta is gaining intensity and taking aim at the Gulf Coast. The South Florida Red Cross is already preparing to provide relief.

The hurricane-ravaged region is preparing for another storm, Hurricane Delta.

After making landfall in Mexico, Delta is expected to produce as much as a foot of rain across parts of the Gulf Coast, some of which
have already been impacted this year by hurricanes Laura and Sally.

"Typically, our volunteers would be asked to work a two-week deployment. Now, we're reaching out to them to work three weeks. It's amazing what volunteers are able to do,” said Jennifer Durrant, executive director of the Palm Beach and Treasure Coast Red Cross.

Additional disaster workers across the region will also deploy virtually or on the ground to support logistics, reporting, operations, and more.

"Our Red Cross teams always stand ready before, during, and after disasters [ready to] lend support to our neighboring communities and Red Cross colleagues," said South Florida Red Cross spokeswoman Rebecca Torriani. "We are One Red Cross, and we come together to provide hope, comfort and relief when it is needed most."

David Britt has been volunteering with the United Way of Central Louisiana for 25 years. He said much of that area is still in recovery.

"A lot of roofs have not been repaired. It will be a couple of months before a lot of them will even be worked on. This is the most damage Central Louisiana has seen in living memory," Britt said.

When Hurricane Delta makes landfall, the widespread devastation is expected to deepen.

"A lot of people are really scrambling trying to repair the damage. Any volunteer help that we can get, we appreciate it," Britt.

The South Florida Red Cross is answering that call with an urgent plea to bring more volunteers on board.

"I think some folks are worn out from the constant barrage of storms, but I think we'll be able to rise to the occasion," Durrant said.

The South Florida Red Cross said there is an urgent need for volunteer positions.

The organization is calling on the community to lend their support on the ground or virtually to help neighboring communities as a Red Cross volunteer.

Click here to learn more about the opportunities available.