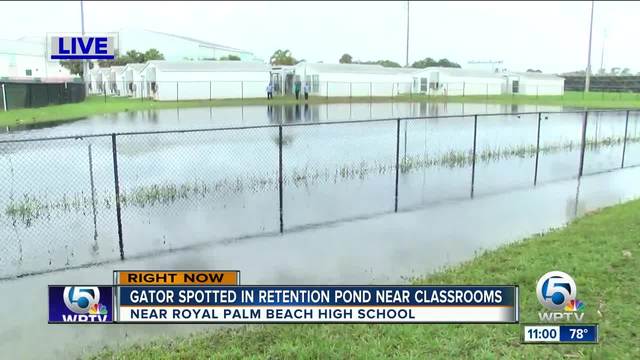 &lt;p&gt;Students were moved from portable classrooms after an alligator was spotted near a retention pond.&lt;/p&gt; 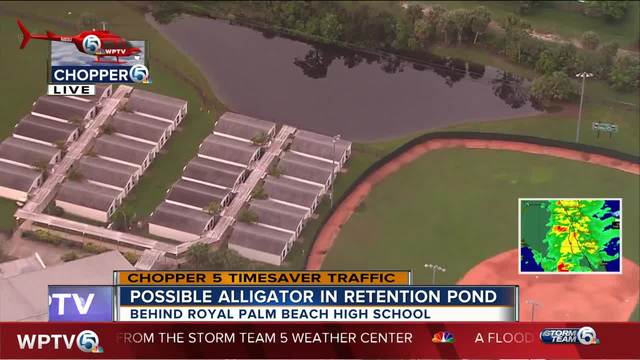 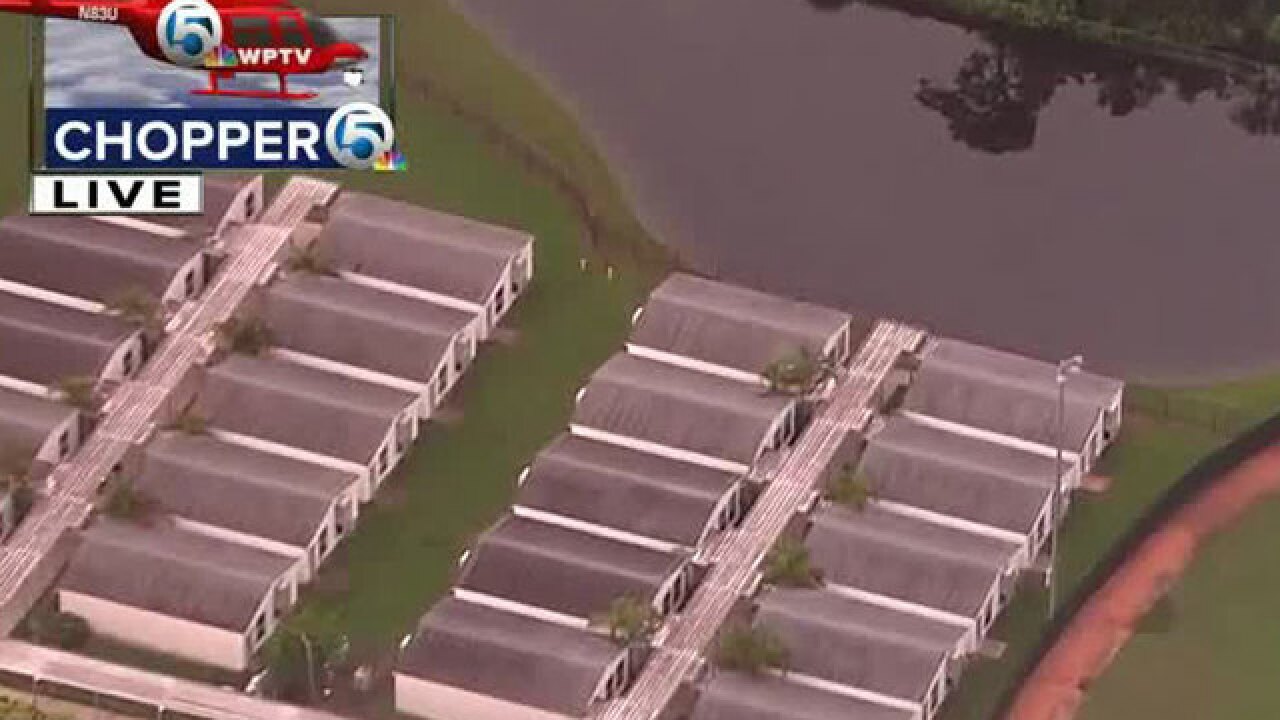 According to Palm Beach County school district spokeswoman Kathy Burstein, an alligator was spotted by a custodian near a retention pond Monday night.  The custodian then called the principal and school police.

A trapper arrived at the scene and saw the alligator's eyes but was unable to catch it.

Burstein says classes will go on as scheduled.

Chopper 5 flew over the area at 7 a.m. Tuesday and spotted officers at the scene surveying the area.

Some neighbors living behind the school said they are taking extra precautions.

“Keep a close eye on it, peek in the backyard before I let the dogs outside, but other than that what else can you do. It’s Florida, there are gators everywhere,” resident Maria Woodson said.

The school district is awaiting a trapper to see if the alligator is still in the retention pond, or if it left the area.