One of the victims was permanently disfigured 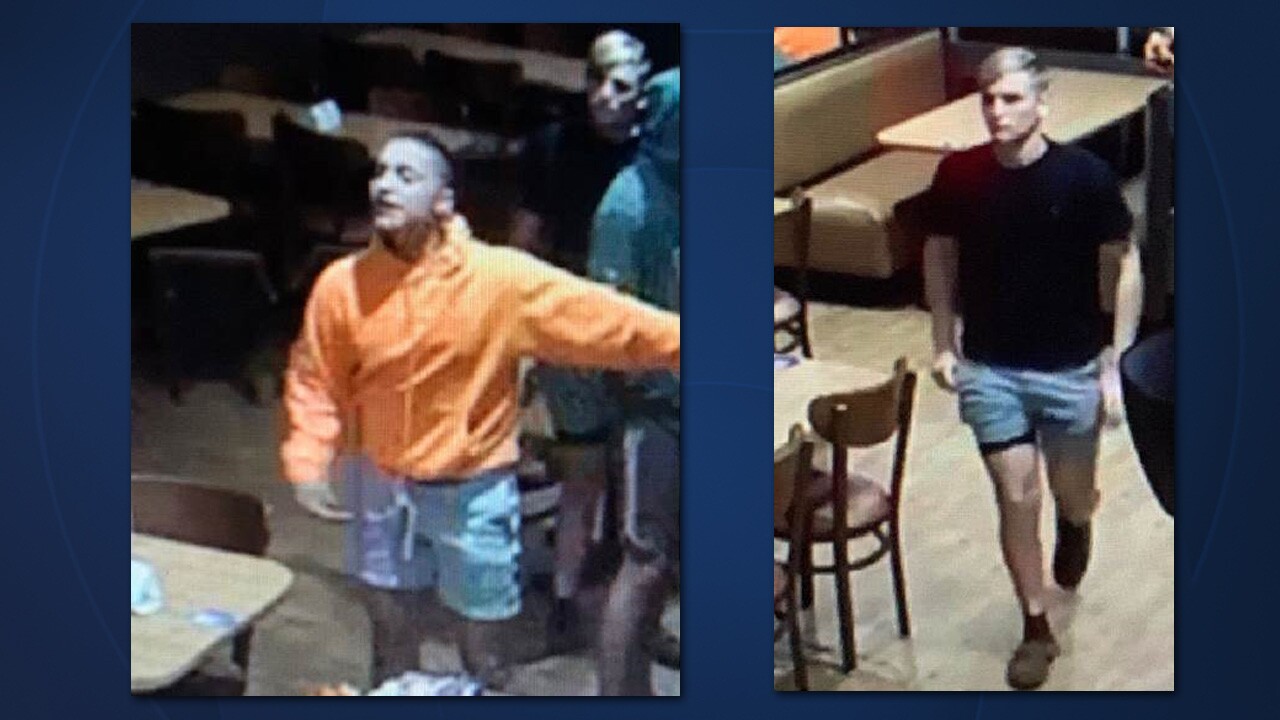 After interviewing both individuals detectives learned the suspect dressed in the orange hoodie was the aggressor and that the other man with blonde hair was a witness to the incident.

The suspect is under investigation for aggravated battery.

According to PBSO, the suspect battered the females on November 3 at 1:45 a.m. at the IHOP located at 500 block of North State Road 7 in Royal Palm Beach.

One of the females received permanent disfigurement.

Thanks to all of you, we have identified these suspects. https://t.co/tRoGPGjZDb