What a catch! A father and son fishing trip nets a 2,200 pound catch off of Palm Beach County 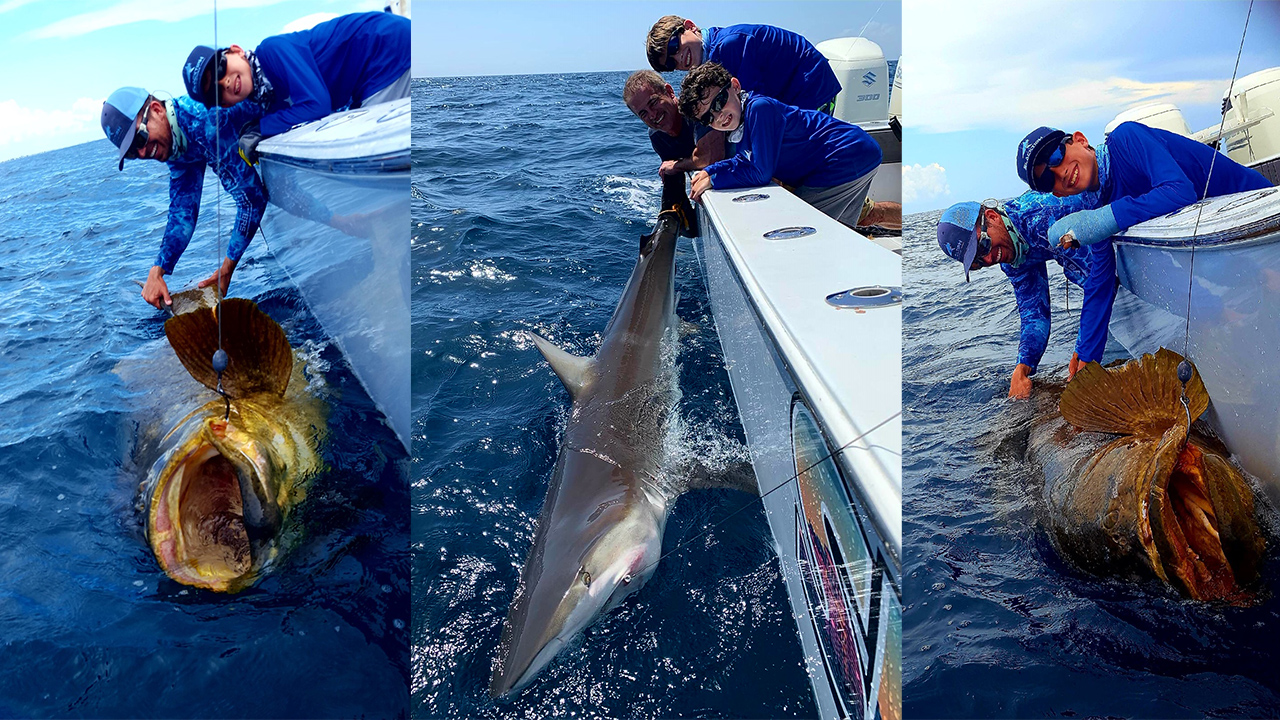 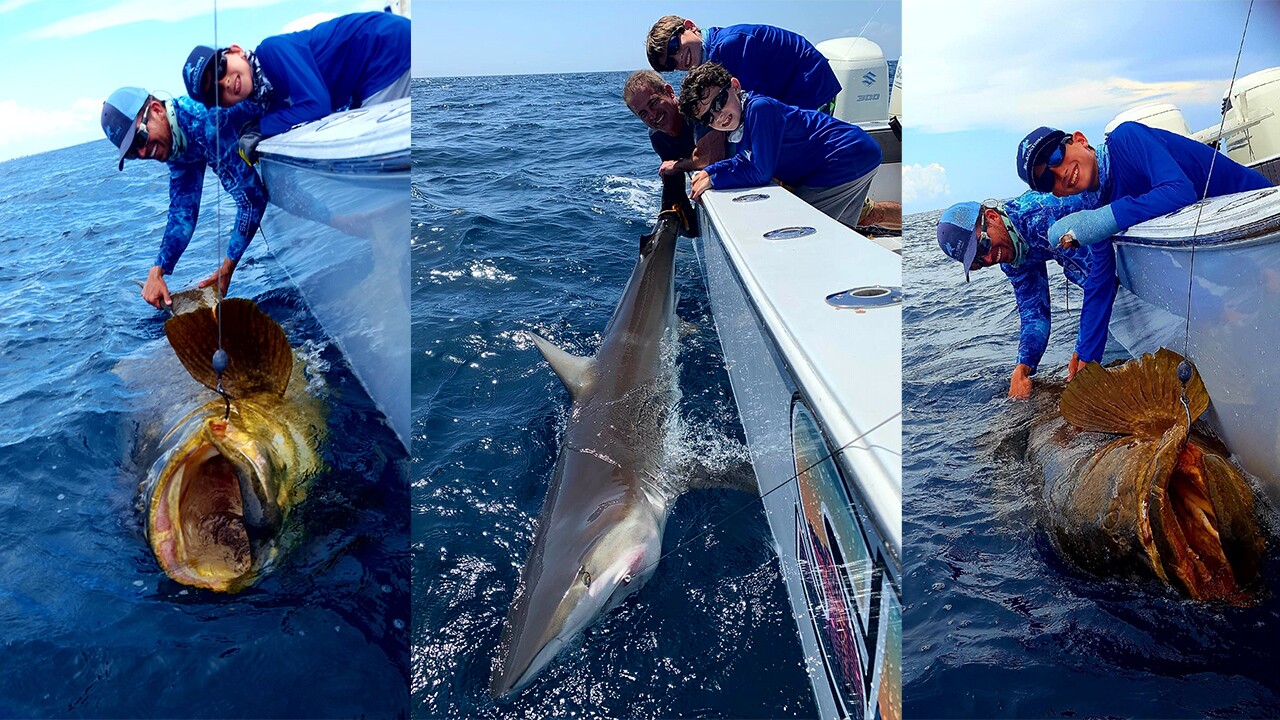 RIVERA BEACH, Fla -- When it comes to great fish stories, Robert Poirier and his sons have a whale of a tale.

Brendan and Max Poirier are big fans of the YouTube fishing show, BlacktipH. The show with more than 2 million subscribers features massive and even rare catches off the coast of Palm Beach County. The brothers love host Josh Jorgensen’s high energy and knack for reeling in the big ones.

Robert Poirier surprised his boys with a trip to fish with Jorgenson over the summer. The family from Georgia flew into West Palm Beach and spent two days out on the water where they snagged the catch of a lifetime.

On the first day, 8-year-old Brendan pulled in a big one. “It was about a 45-minute fight and we finally got it in. It was a 9-foot dusty shark that weighed 300 pounds.” That’s more than 5 times the average weight of a kid Brendan’s age.

The next day, the catches got even bigger. “We had a crazy day. Thirty to forty goliath groupers under the boat,” Poirier excitedly explained. Max started reeling them in early. “The first one I caught was a 250 pound goliath grouper, which I did not expect to be my first fish,” he said.

His little brother and dad weren’t to be left out. Some of the fish they caught weighed nearly 400 pounds.

According to the Florida Museum of Natural History, Goliath groupers are the largest members of the sea bass family. They are critically endangered and can grow more than 8 feet long and weigh up to 800 pounds.

In all, the Poirier family caught around 2,200 pounds of fish. All of the fish were released back into the ocean. “I don’t think we can top this,” Poirier said of his trip with the boys. “There were multiple catches of a lifetime.”