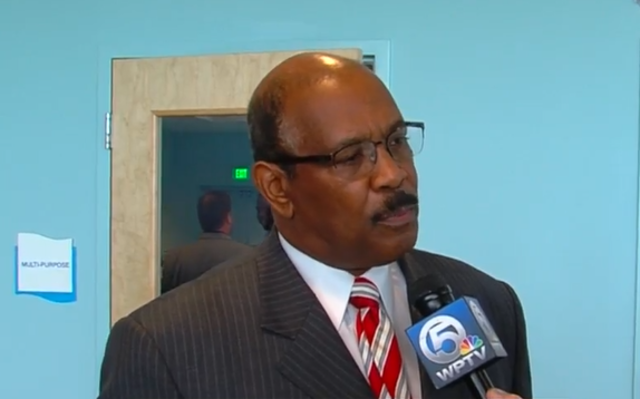 Riviera Beach Police Chief Clarence Williams spoke to WPTV on Friday, including about a secret, invitation-only meeting at Hurst Chapel, eight days after the controversial firing of the city manager. 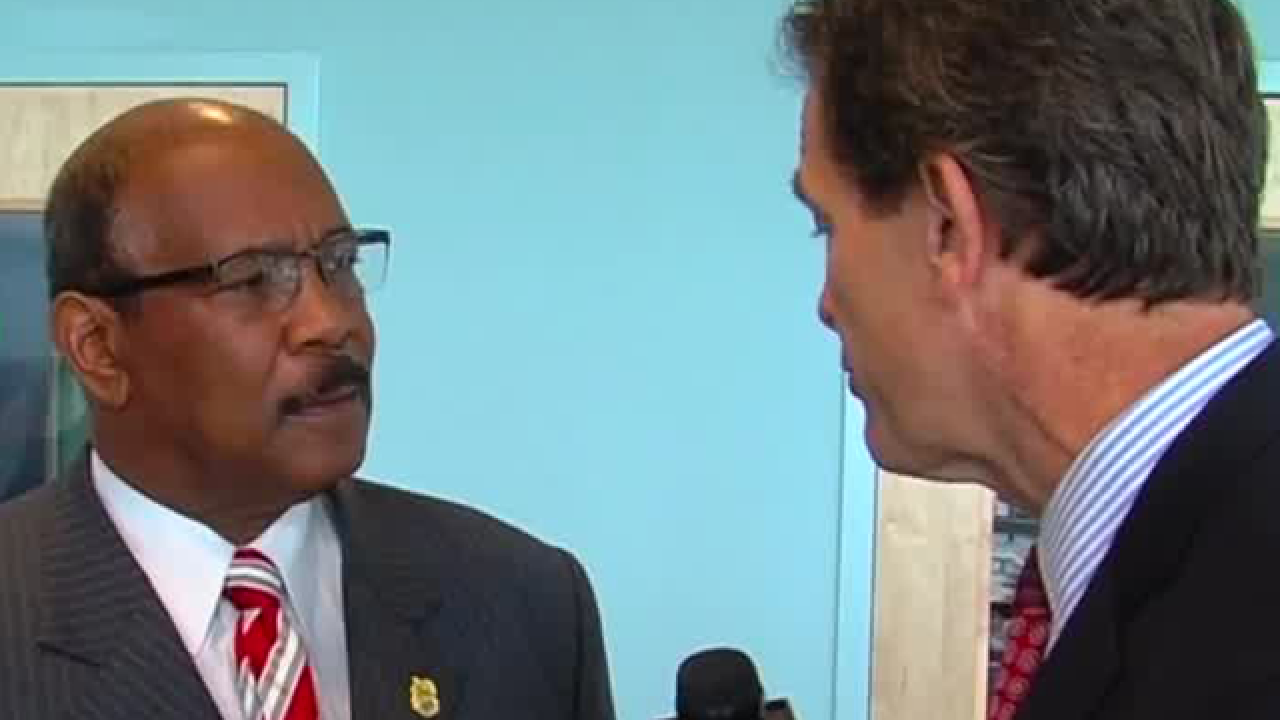 Those same sources confirmed those in attendance, including city council members Terence Davis and Lynne Hubbard who voted to fire Evans, talked about the public outcry and how to make sure Evans did not get his job back.

“That’s not at all what happened at the Hurst Chapel meeting,” said Riviera Beach Police Chief Clarence Williams on Friday. “It was a meeting of citizens who attempted to move the city forward.”

That is not what Williams told WPTV immediately after the two-hour-long meeting at Hurst chapel.

In fact, WPTV’s reporter and photographer waited outside of Hurst Chapel during the whole meeting and never saw Williams leave.

Williams also made this claim on Friday:

“My role in that meeting was making certain that the council members were safe,” Williams said.

That contradicts what Chief Williams said on Sept. 28.

Reporter: “So you just happened to be here?”
Williams: “Yeah.”

If Chief Williams provided security detail, there should be a CAD or dispatch number on file. Per policy a CAD number has to be created every time an officer provides any kind of detail. Through that number the agency can keep track of which officer is where and with what equipment.

WPTV requested the CAD number from the night of the Hurst Chapel meeting but we were told that no CAD number exists for that night.

“The persons in that were there and in that meeting would tell you that my function in and out of that meeting or around that meeting had to do with that,” Williams said on Friday.

Several sources who attended the meeting say the chief not only participated in the meeting, he also called and invited people to join the conversation.

Riviera Beach resident Tommy Walker told WPTV in September that he wanted to join the meeting but wasn’t allowed in.

“As soon as they saw me, Chief Williams came over to me. And we stopped right then and I tried to scan the room and see who else was in there,” Walker said. “But he was directly in front of me. So, I looked at him and I said: 'Well, I guess this doesn’t look like a meeting I’m supposed to be at.' And he looked at me and said: 'You're right Mr. Walker.' We shook hands and I left.”

When two or more council members discuss city business it must be in a meeting open to the public or it violates Florida’s Sunshine Law.