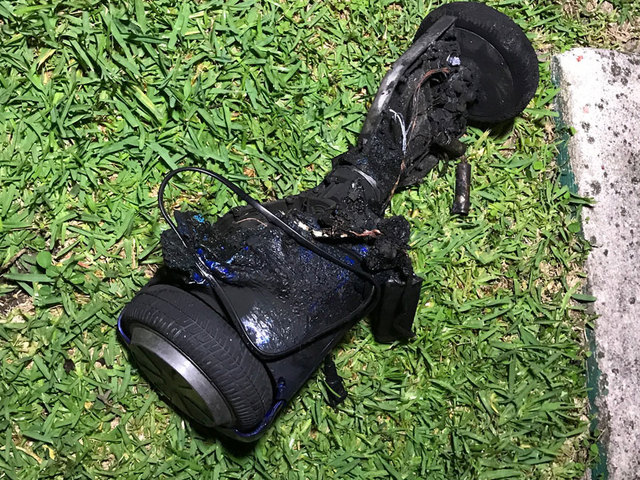 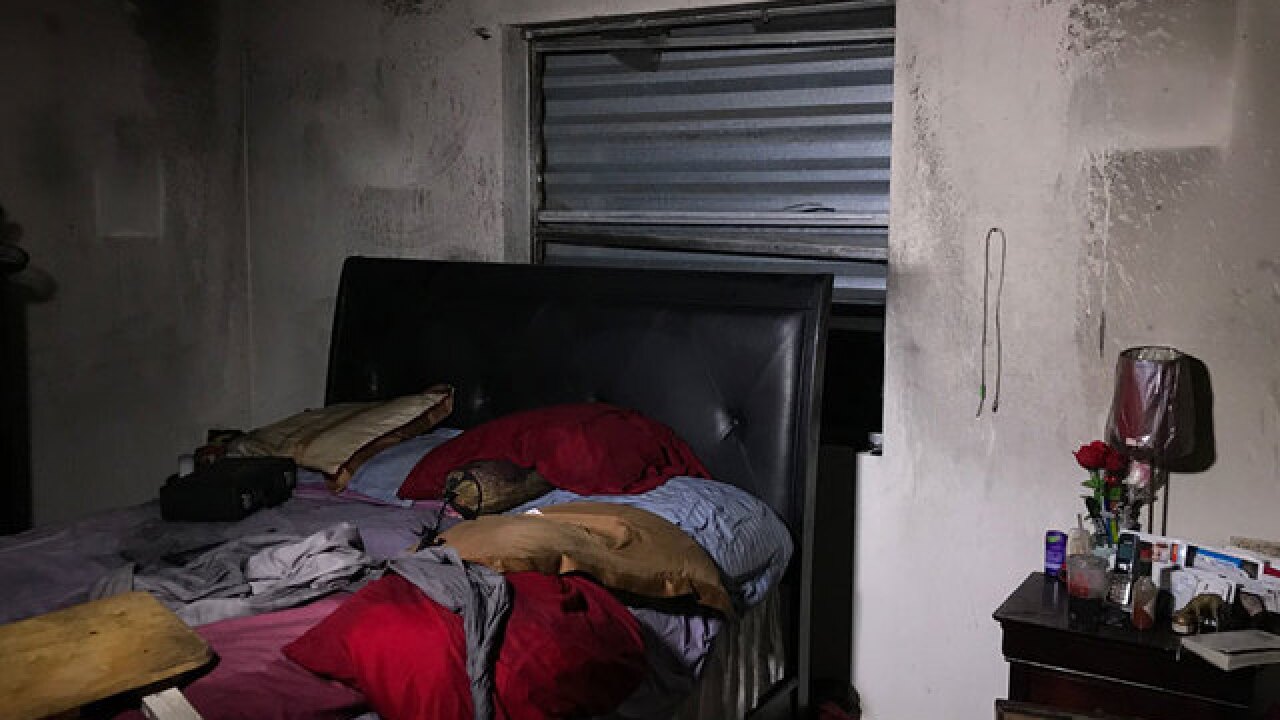 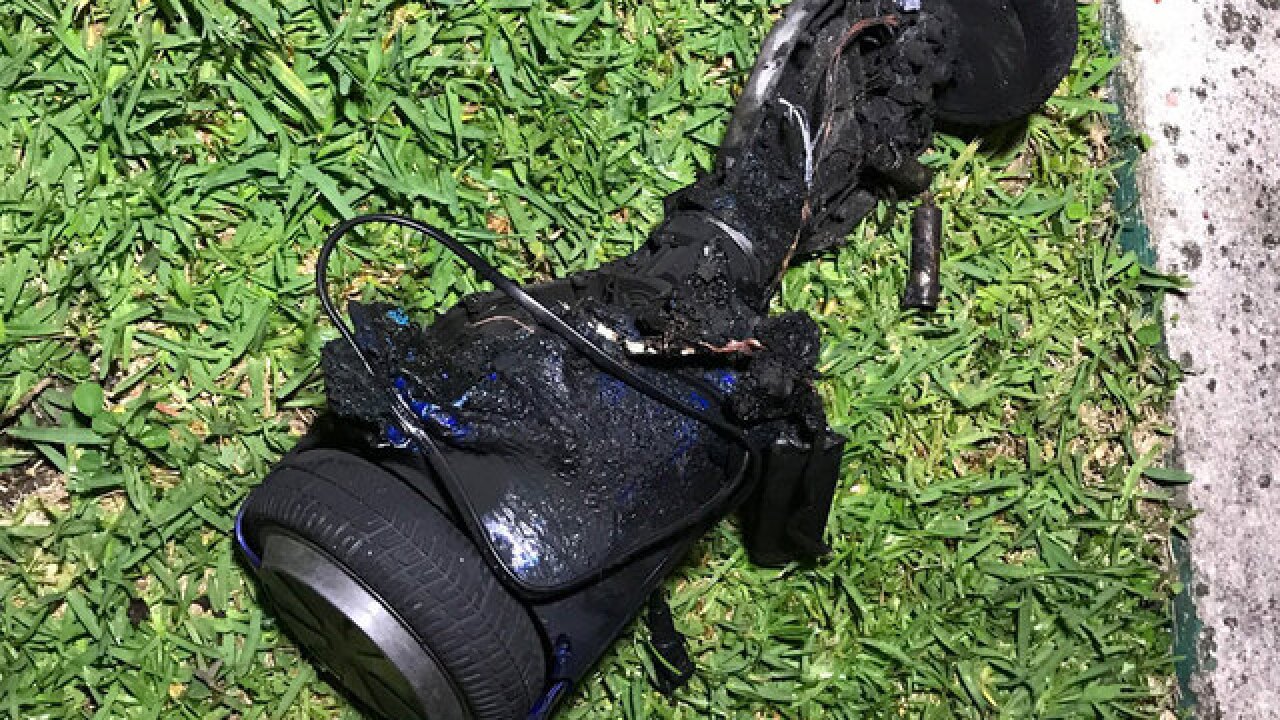 Ten people in Riviera Beach were displaced from their home overnight after a fire was caused by a hoverboard.

Resident Cheryl Wade said the hoverboard was charging in a bedroom for a few minutes before it started to smoke and caught fire.

“Late tonight my granddaughter decided she wanted to charge her hoverboard. She plugged it in, and 10 minutes later it just started smoking.  The fire just burst up and I jumped up.  I was trying to wake her up, and then I'm trying to put it out with her covers," said Wade.

Wade says if she had not closed the door to the bedroom, it would have spread throughout the house she rents on Z Terrace.

Now, she is warning parents not buy hoverboards.

"I couldn't believe it, and I can understand how people die in fires. It started so quickly, it just spread so quickly. We were trapped in the room because where it was charging was right by the door. So, that was the only source of getting out besides the window behind my bed," said Wade.

Wade said she heard previous warnings about the toy, but never thought it would happen to them.

The device is blamed for causing deadly fires and prompted a massive recall last year.

Wade said she didn’t know the brand of the hoverboard but says this will be the last time she buys any of them.

"Don’t buy any more hoverboards for your kids. Please no more, just as simple as that, they’re going to end up killing somebody," said Wade.

Wade is staying in a nearby hotel courtesy of the Red Cross.

Fire officials say eight children were among the 10 people displaced by the blaze.

Although the fire marshal hasn't declared the hoverboard as the official cause of fire, the Riviera Beach Fire Department is warning people about the dangers of these toys.

"It's a piece of manmade equipment which means it can catch on fire," Dawyne Watson, Spokesman for the Riviera Beach Fire Deptartment said. "Just be mindful and conscious if you have those types of electrical items charging or plugged up, be somewhere that you can keep it in sight, never leave it unattended."

Tens of thousands of hoverboards were recalled last year because the lithium batteries can overheat and explode. If you have a hoverboard, the U.S. Consumer Product Safety Comission recommends to stop using it and get a replacement for the battery.