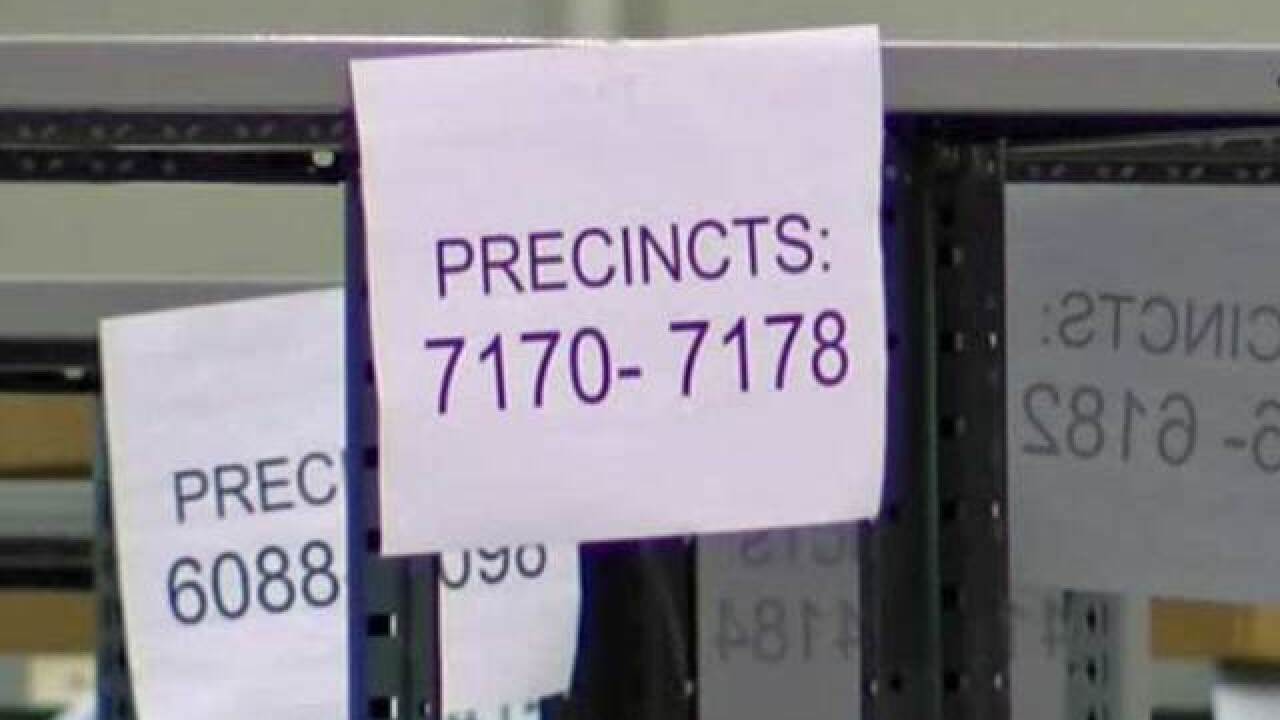 To ensure all goes well on Tuesday, the U.S. Department of Justice announced on Monday that 500 federal monitors will spread out across the nation to visit the polls.

No surprise: Monitors will be here in Palm Beach County.

RELATED: More political news | Ballot in plain English | Where do I vote?

The day before Election Day, Palm Beach County elections officials opened the doors to their ballot warehouse in Riviera Beach to show how they're making sure your vote is secure.

There are 200 people working in the warehouse who are counting thousands upon thousands of votes.

About 6,000 total poll workers will be spread out across more than 460 polling locations on Tuesday.

More than 383,000 people have voted early so far. Bucher guarantees all of those votes are safe and sound.

A sheriff's deputy will be on-site at every polling location to help keep order, in addition to the four teams of federal monitors from civil rights division of the Justice Department.

"They're just going to go around to some of the polling locations and visit and they want to ensure that there are no kinds of intimidation or activity against the voters," Bucher said of the federal monitors.

Click here to find out where else those monitors will be.

This isn't the first time the Justice department has sent monitors to the area. They were in Palm Beach County to keep watch during the election in 2004.

"We don't anticipate anything unusual. We have poll watchers and the normal volume of poll watchers that both political parties have and both candidates for president have," said Bucher, adding that they haven't received direct complaints from voters regarding vitriol at polling locations.

Palm Beach Sheriff's Office officials said they are prepared if any incidents should occur.

"At this time, no intelligence has been gathered to indicate that any planned activities will take place that are designed to disrupt the election process," PBSO spokeswoman, Therese Barbera.

Poll workers are still counting early votes and the mail ballots as of Monday afternoon. At the start of the process, teams are sorting through mailed ballots first to verify signatures.

"And then it moves over here to these people who open ballots -- it's all secure with seals and numbers," said Bucher, pointing to a large section of tables filled with poll workers sorting the ballots into containers.

The ballots then move on to a group of people who work the tabulation machines, counting all of the mailed ballots and then ingesting the data into the server.

The 2012 election saw a 69 percent voter turnout in Palm Beach County and early voting this year has doubled since then.

"We're shooting for bigger than that," said Bucher. "If the trends continue in early voting and vote by mail, we'll see a much larger percentage turnout."

Election officials say because of the high turnout of early voters, they don't anticipate crowded lines. However, crowds are expected right when the polling locations open at 7 a.m. or when people wait to vote after work later in the day.