No explanation why Riviera Beach recall was thrown out 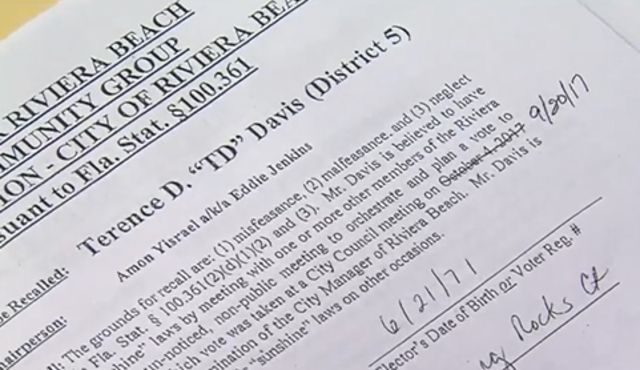 The Supervisor of Elections has rejected a; but two signatures out of nearly nine thousand submitted in the effort to recall three council members. 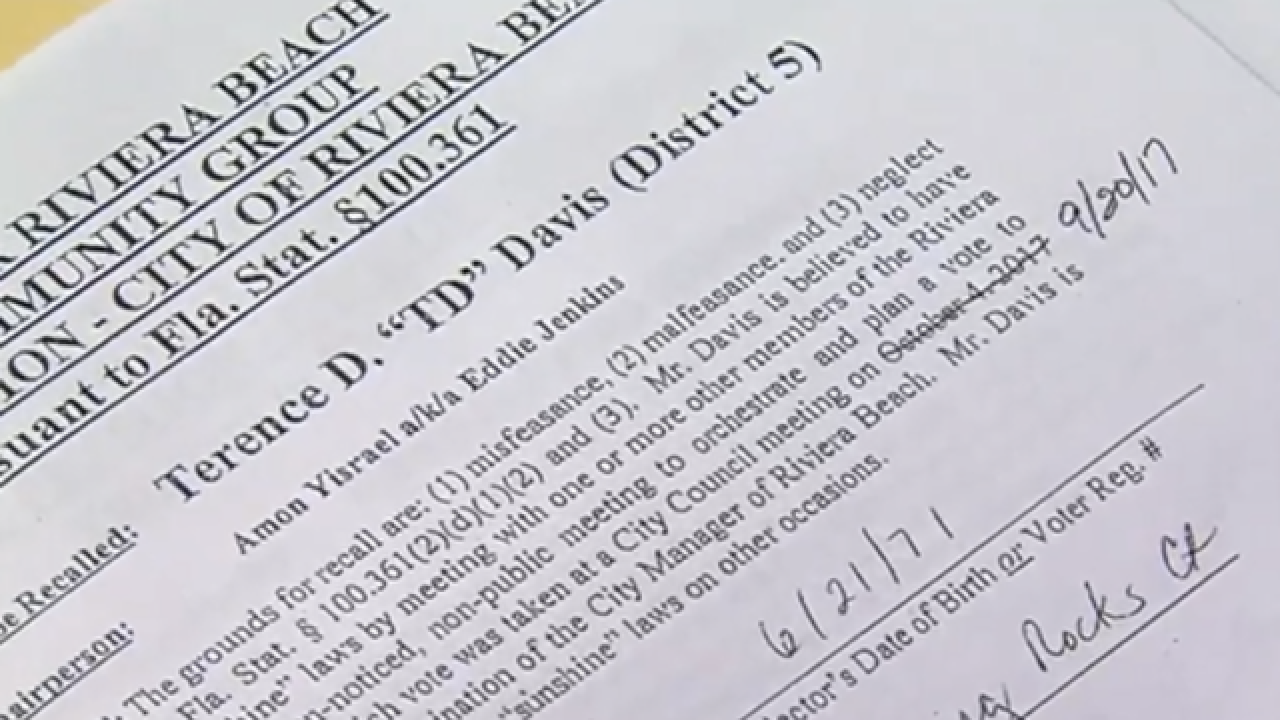 The Palm Beach County Supervisor of Elections, Susan Bucher, has rejected all but two signatures out of around 8,600, submitted in an effort to recall three Riviera Beach City Council members.

Bucher never gave a reason for her decision.

WPTV reached out multiple times to Bucher and her office to get an explanation but got no response.

“I’m just in shock and wondering how in the world could you do this?” Amon Yisrael, who led the recall effort said.

Bucher sent three letters late on Dec. 1, one for each city council members.

Out of the 2,880 signatures submitted for Council Member Terence Davis, Bucher said only one was valid.

Out of 2,870 signatures submitted for Council Member Dawn Pardon, one was valid.

Out of the 2,857 signatures submitted for Council Member Lynne Hubbard, none were valid.

“That doesn’t make any sense at all to me,” Yisrael said. “The community is outraged. They feel like their rights are being taken away.”

While nobody from the Supervisor of Election’s Office would answer our questions, a viewer from Riviera Beach made a similar request for the reasons and received this email:

In response to your email inquiry of December 4, 2017, I am attaching the November 22 correspondence from the City Attorney for the city of Riviera Beach instructing the Supervisor of Elections office as to the 30 day window of signature gathering recognized by the city per Florida Statute 100.361.  The responsibility of the Supervisor of Election's office in this process is administrative.

I encourage you to contact the City of Riviera Beach with any additional questions. The contact number for the city is 561-845-4069.

It cites the Nov. 22 letter by the City Attorney Andrew DeGraffenreidt in which he said several petitions were signed outside of the 30-day deadline.

This, after Bucher had reached out to the city clerk on Nov. 21, asking for an official start date. When the clerk responded saying that she can’t provide a start date, Bucher responded: “Can you speak with your lawyer and see if he can get us an official documentation of the 30 days: otherwise we will not be able to complete the petition verification process.”

On Dec. 1, Bucher rejected all but two signatures, without explanation.

The city clerk handed Yisrael copies of 17 petitions with dates outside of the 30-day window (which is Oct. 16-Nov.14).

Yisrael said those are clearly written errors since the petitions didn’t exist until Oct. 15.

Yisrael understands if those 17 have to be disqualified.

“How do you not certify the other signatures?” Yisrael asked.

Even more confusing to Yisrael, how only two signatures were validated.

The Bucher’s office directs people with any further questions to the city of Riviera Beach.

Israel asked the clerk, who told him she didn’t know the reason.

“And she referred me back to the Supervisor of Elections, Susan Bucher,” Yisrael said.

Yisrael said he met with his lawyer again on Monday evening and they’re looking into what their next step is going to look like.“We’re not going to stop here,” Yisrael said.