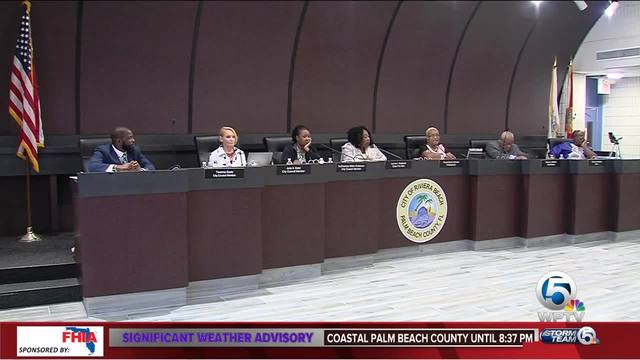 Two important decisions were made Wednesday evening. One involving the city manager who was fired nine months ago. 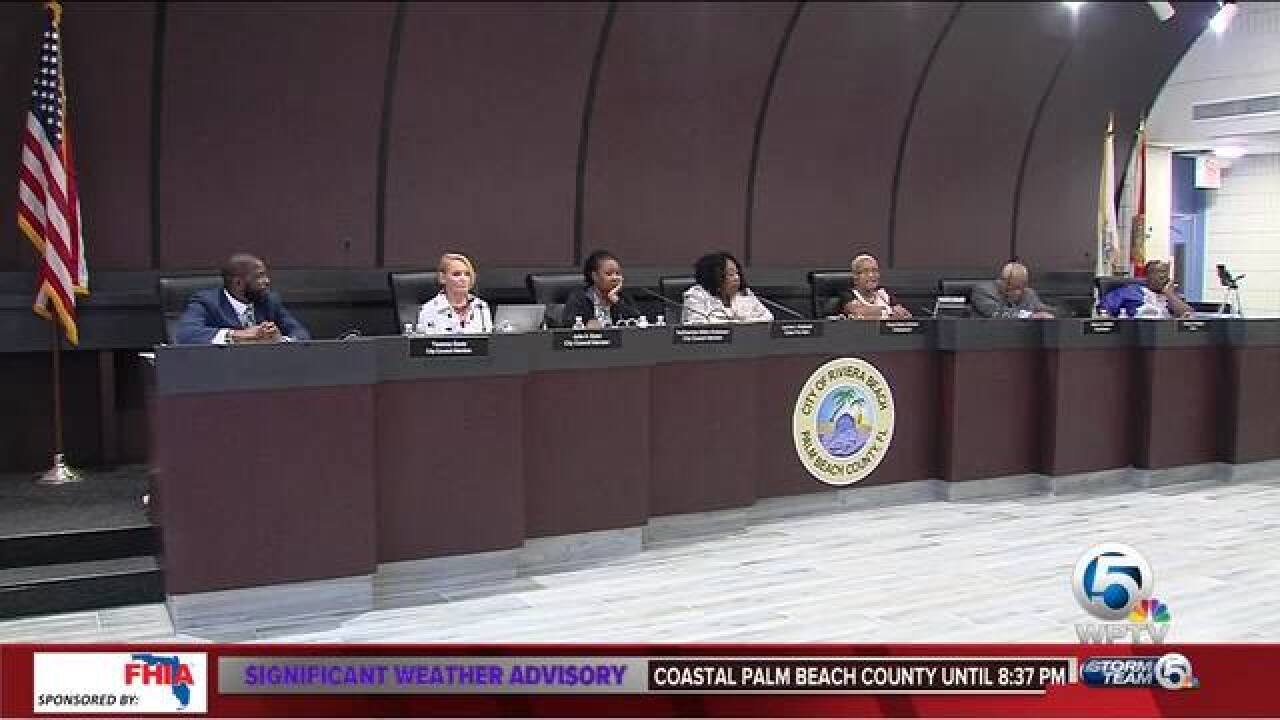 Nine months after he was fired without an explanation, Riviera Beach city council decided Wednesday to enter mediation with the former City Manager Jonathan Evans.

This after Evans filed a lawsuit in federal court for wrongful termination and depriving him of his severance package.

His lawyer, Barbara Bonar, said Evans is also asking for his name to get cleared.

For nine months now, the public has been waiting for an explanation from the three city council members who voted to fire Evans on Sept. 20.

But instead, the three elected officials have been making allegations against Evans.

“How Mr. Evans broke the law and it’s in page 53. Broke the law,” Davis said, reading from a document.

Bonar said Davis failed to disclose that the document was written by the firm representing the city and was in no way sanctioned by a court.

People in the audience yelled out “liar” but Davis kept reading.

“Where are your text messages?” A resident yelled in response, referring to the text messages WPTV has requested off Davis’ phone in a lawsuit. The messages, which are public record, were never released. Instead the city acknowledged they had been professionally and intentionally deleted. When WPTV asked to examine the phone the city said Davis’ phone had fallen into the ocean.

Bonar, who was in the audience during Wednesday’s city council meeting, said she’s never seen anything like it.

“I was absolutely shocked,” Bonar said. “If anyone questions how awful it is they should just attend a city council meeting to see how personal these attacks are against Jonathan.”

One of the three city council members who voted to fire Evans, Dawn Pardo, was voted out of office in March.

In her place is now Julia Botel who said she was excited to be finally able to speak on the matter of Evans’ firing.

“About nine months ago three members of this council made a serious mistake,” Botel said.

“That is not a mistake on my part,” Hubbard said.

“I’m going to make a motion that we enter into mediation with Jonathan Evans with the goal in mind of clearing his name and bringing him back as city manager,” Botel said.

The room erupted in applause and cheers.

That motion failed but council voted unanimously to enter mediation with Evans, though Hubbard made it clear she wanted to be present during mediation.

Hubbard, Davis, and Pardo have all been served lawsuits in addition to the city.

Mediation was brought before council numerous times, each time council turned it down.

Bonar said now that the lawsuit has been filed, the costs have gone up.

“We are going to have four or five sets of attorneys involved and it’s very expensive,” Bonar said.

DeGraffenreidt has made several controversial decisions over the past nine months. He told the supervisor of elections to only count recall petitions based on wrong dates, invalidating the recall into the three city council members who voted to fire Evans.

Council has up to six months to find a replacement for DeGraffenreidt.