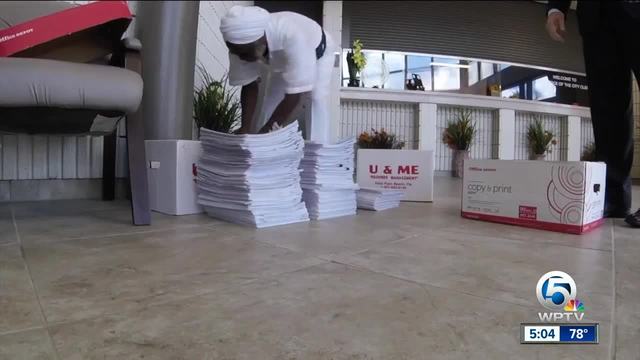 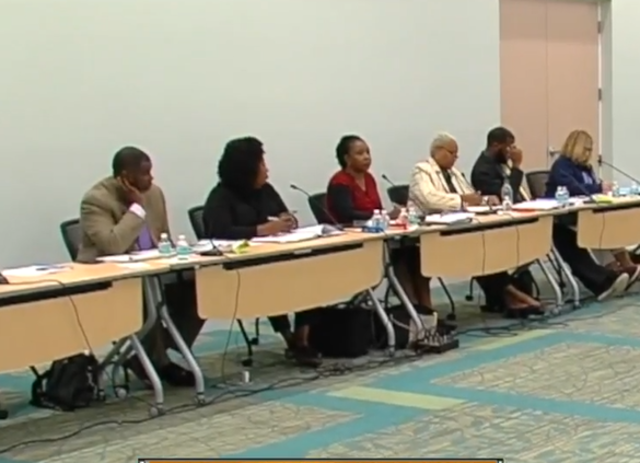 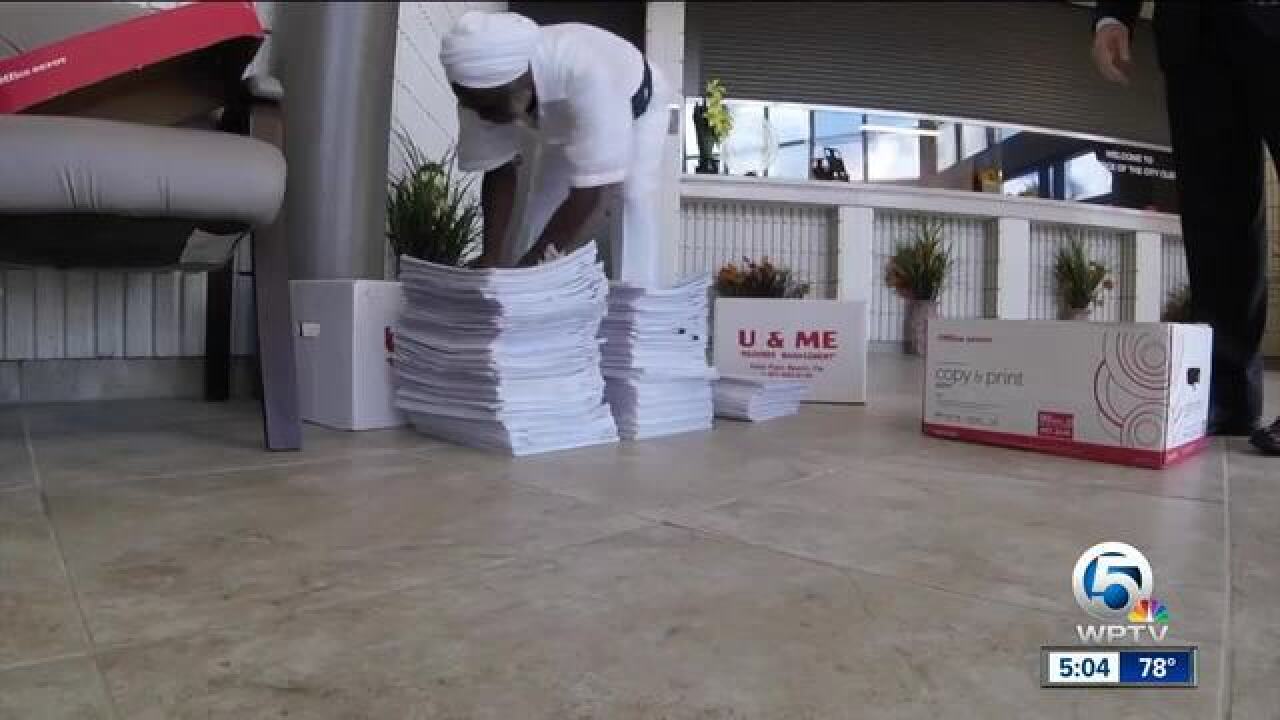 A citizens group said they got more than enough signatures to start the process to recall the three Riviera Beach City Council members who voted to fire City Manager Jonathan Evans.

On Tuesday, they handed in the petitions at the city clerk’s office.

Stacks and stacks of papers were put in boxes.

“This one is for Terence Davis,” said attorney David Miller as he filled one box with papers.

Aman Yisrael, who is leading the effort, and his team of lawyers dropped off the paperwork.

“The statue requires that the clerk immediately delivers them to the supervisor’s office for tabulation,” said attorney John Whittles.

But the city clerk insisted on counting each petition, which took a total of 7 hours.

“It was gruesome,” Yisrael said. “We didn’t eat all day.”

The city clerk is not the one who decides whether the petitions are valid.

“The statue is clear that that’s something for the supervisor to look at,” Whittles said.

Once the signatures are verified, the three city council members have the opportunity to respond, even challenge the petitions.

The language on the petition for each council member is different.

“They all involve improper meetings and violation of the Sunshine Law and for one or two of them there is also improper motivation to fire the former city manager Jonathan Evans,” Whittles said.

“Do we still want the city council to appoint them or do we think that the people should elect a city manager?” Masters said.

Masters is thinking of also amending the charter so council would need a super majority to fire the city manager. Currently they need a simple majority.

The trust in council to do the right thing is all but gone.

“No, they don’t have trust in them,” Yisrael said. “They (the three council members) have destroyed that. I’ve walked doors and streets, and the community as a whole, I would say a good 85, 90% are very disappointed in the way that they have conducted them.”