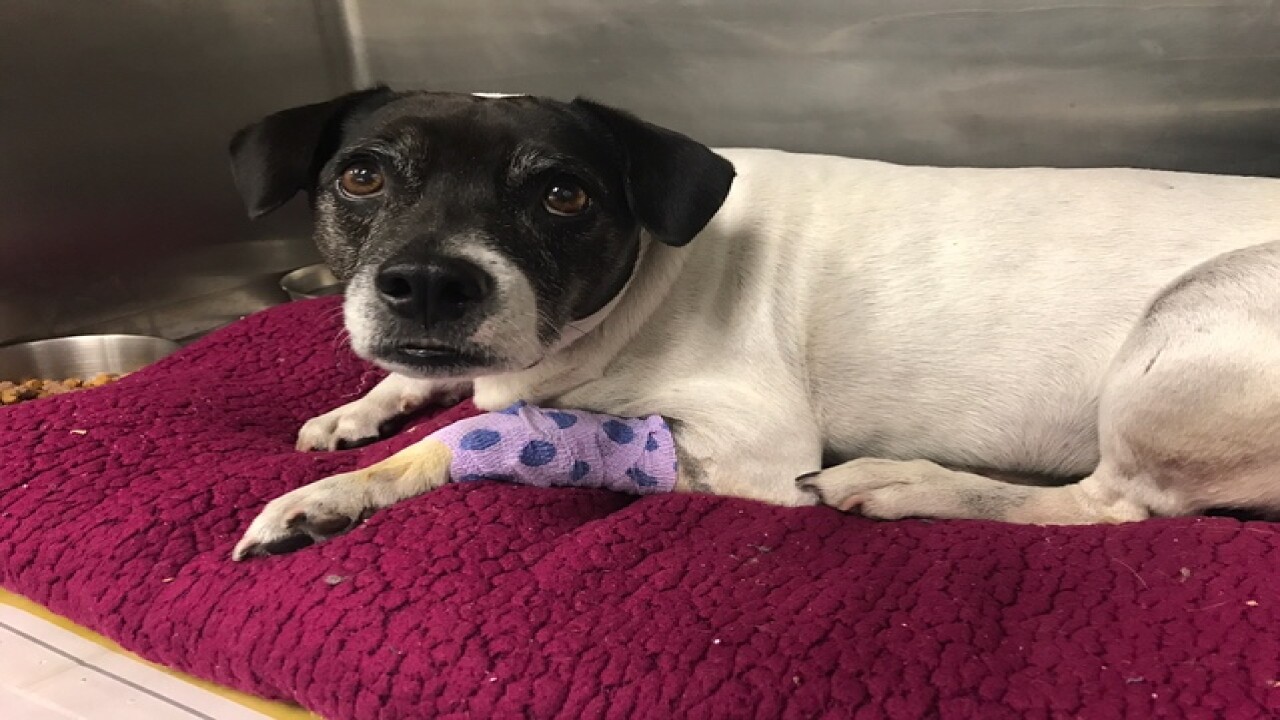 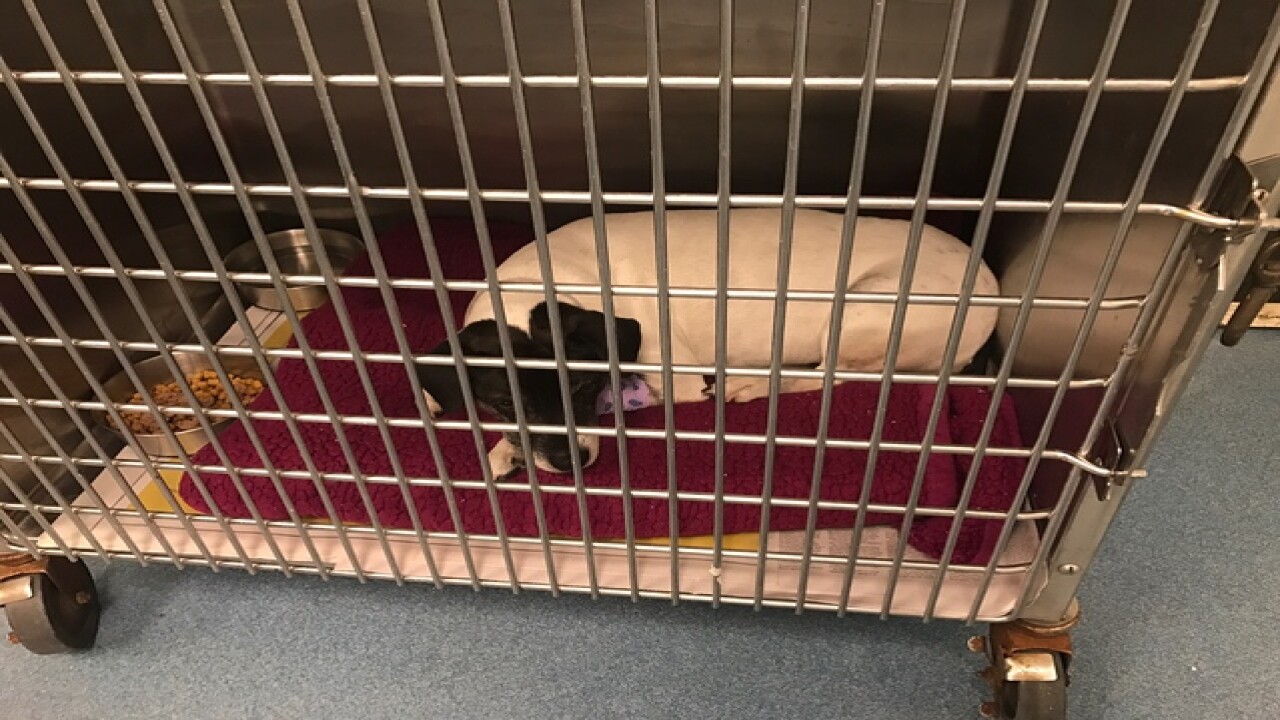 The dog that was thrown from the Blue Heron Bridge on Wednesday evening has miraculously survived.

Meanwhile, the girl who confessed to throwing the dog is facing animal cruelty charges.

On Thursday, Palm Beach County Animal Care and Control released new pictures of BJ, an 8-year old Jack Russell terrier mix. The good news is BJ does not have a broken back as originally feared, but he has a long road ahead of him.

"We're keeping him comfortable and we're hoping that he'll get through this OK," said Capt. Dave Walesky, operations manager for ACC.

BJ is a fighter. He survived falling nearly 50 feet from the bridge.

"We're monitoring him. There doesn't appear to be anything serious broken, but he does have a lot of swelling. He's in a lot of pain, a lot of discomfort," said Walesky. " He's going through some issues right now and we're hopeful that he'll be OK."

The most visible injury is a dislocated paw. Veterinarians are monitoring him for internal injuries.

"He doesn't want to walk on his own freely just yet. He will -- he's capable of it, but he kind of would prefer to lay down and be left alone," said Walesky.

Witnesses told PBSO deputies that the girl stated several times that she threw the dog off the bridge, “Because dogs can fly”. Witnesses also watched her remove her pants and walk into the swimming area nearby.

"She walked over to the beach and into the water casually, didn't seem to show any concern for the dog at all," said witness Jordan Harrison.

PBSO said the girl is still in the hospital for a mental health evaluation.

The dog was treated overnight at a private veterinarian.

"The animal is slightly overweight so that may have helped him somehow. But he's very fortunate after falling a distance of that height that he doesn't have more serious injuries," Walesky said.

Witnesses said they were distraught when they heard BJ crying out in pain after the fall. The dog struggled to move a few feet, but collapsed from the injuries.

"It was beautiful to see the ocean rescue just sitting there and just petting and holding the dog," said witness Laura Weinberger.

Walesky said BJ was lucky to have compassionate people around him.

"He was very fortunate that there were people there that want people to offer assistance and allow authorities to fully understand had happened," he said.

BJ was adopted out from ACC in 2010 to the same family that owns him now. Walesky would not comment on the family or how the suspect is exactly connected to the dog.

It's unknown where BJ will go after this but ACC isn't planning to foster him out just yet.

"We're not asking for the public's help in anyway at this point.  This is a very complicated situation and we're optimistic that the dog through this," said Walesky. "We're not looking for any adopters or any rescues. The dog is going to stay in our custody for a while."

Palm Beach County Sheriff's office is still investigating the incident. They confirm the person they believe threw the dog from the bridge is a juvenile girl.

ACC said where the dog ends up will likely be resolved in the courtroom.