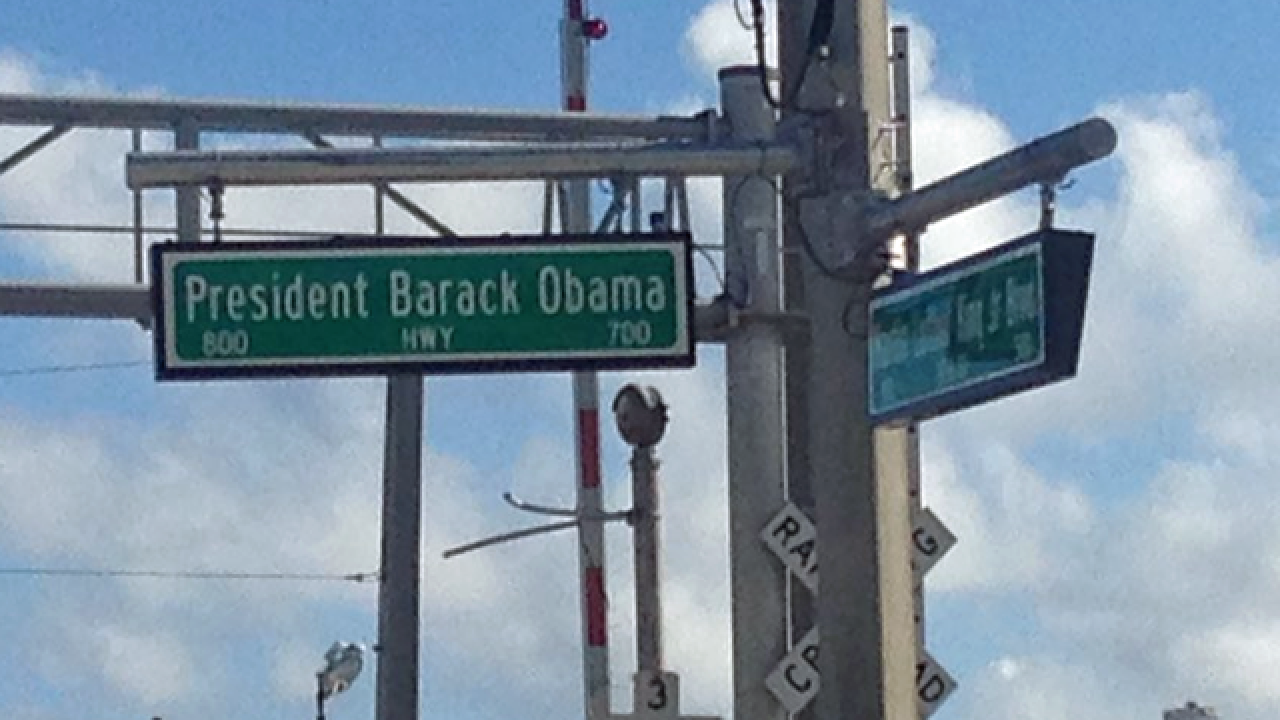 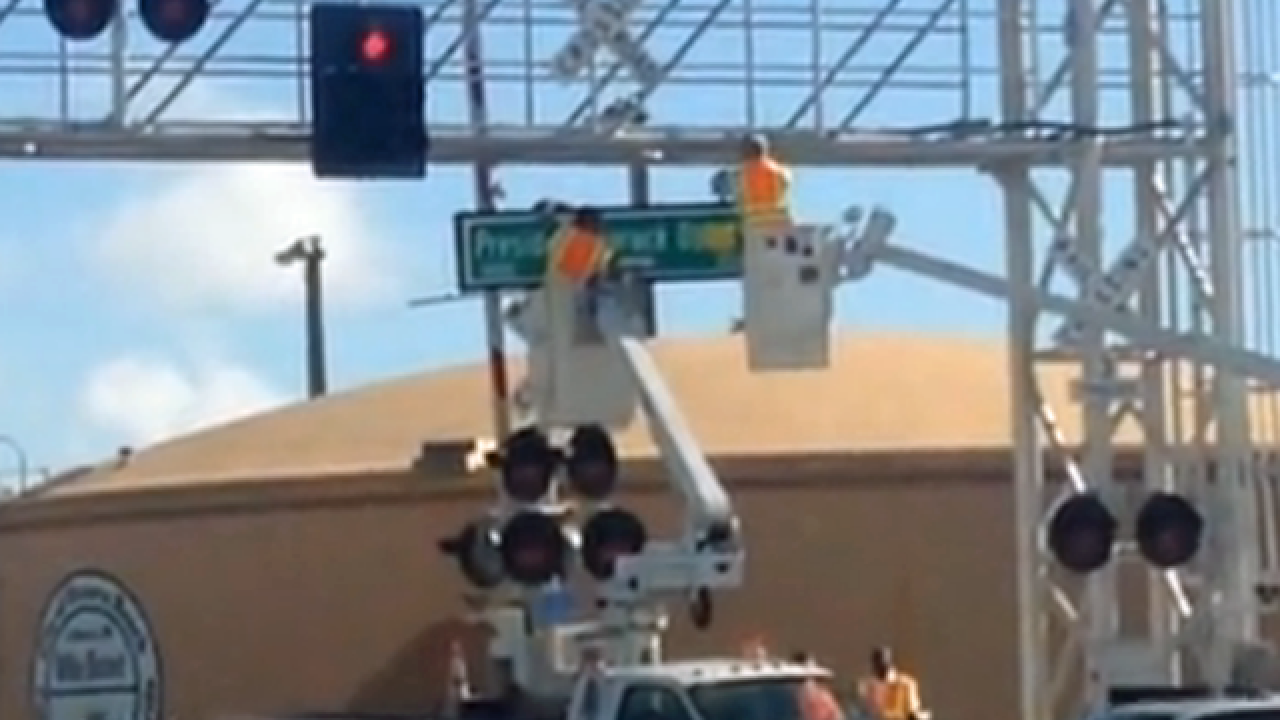 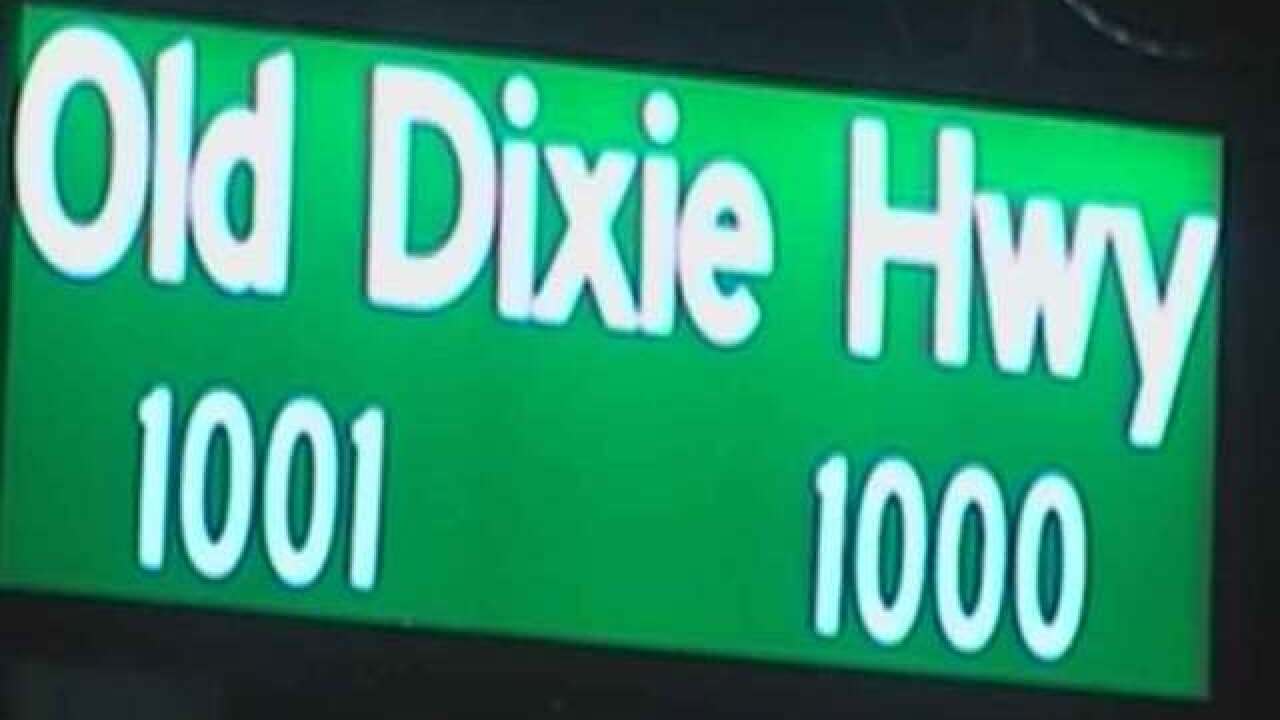 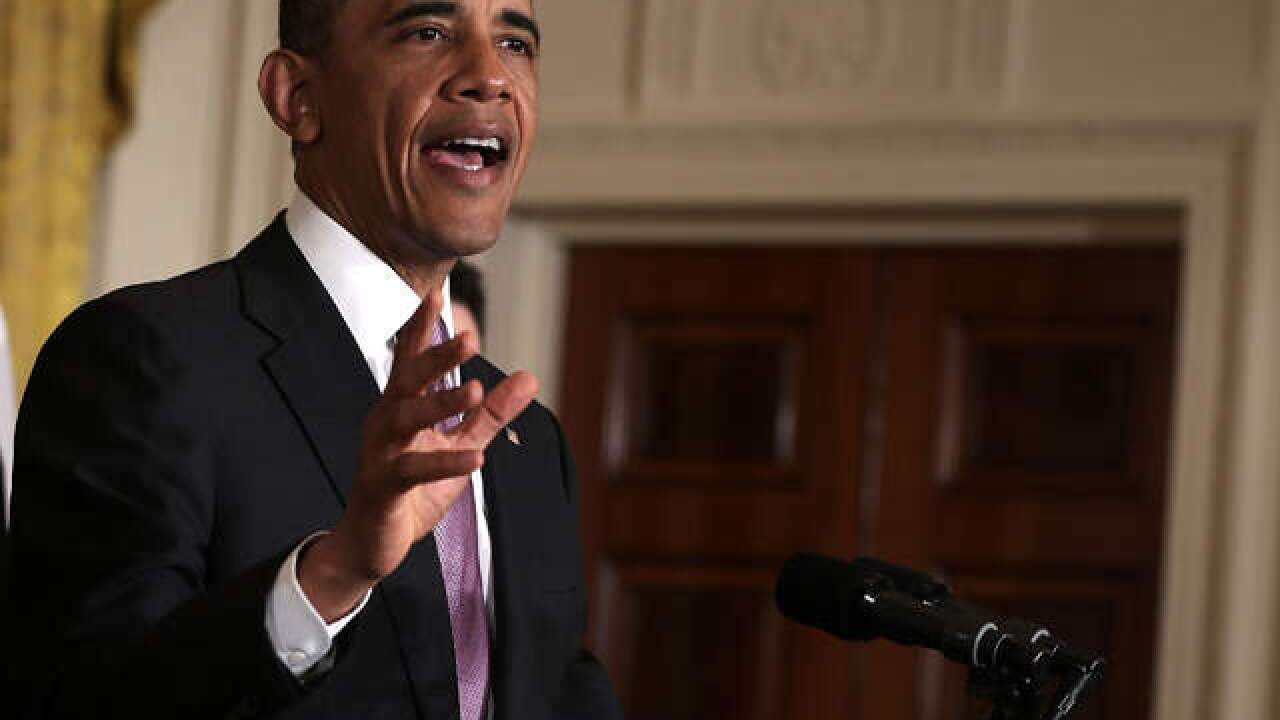 Street signs are often more interesting than they appear on the surface.  The history of the pavement that sits below them is full of stories--good and bad-- especially on Old Dixie Highway in Riviera Beach.

"On this very street, I was on my way to work at PGA, and a car passed me, rolled the window down, and called me an ugly name," said Victoria Kingdom, who's lived in Riviera Beach for nearly 40 years.

Kingdom is among the many people who turned out to witness a historic moment. Old Dixie Highway in Riviera Beach was re-named Preside Barack Obama Highway on Thursday.

"(The street is) symbolic of racism, symbolic of the clan, symbolic of cross burnings and today we are stepping up to a new day, a new era..." said Riviera Beach Mayor Thomas Masters.

Dora Johnson, also a resident of Riviera Beach, said she witnessed a cross burning on Old Dixie Highway decades ago. But this week, her pain was eased, as she sat and watched a new sign go up.

Mayor Thomas Masters said this is the only intersection of its kind. "...where Doctor Martin Luther King Junior and his son, President Barack Obama will shake hands together," he said.

It's a spot and a street that are sure to tell many stories over the years to come.