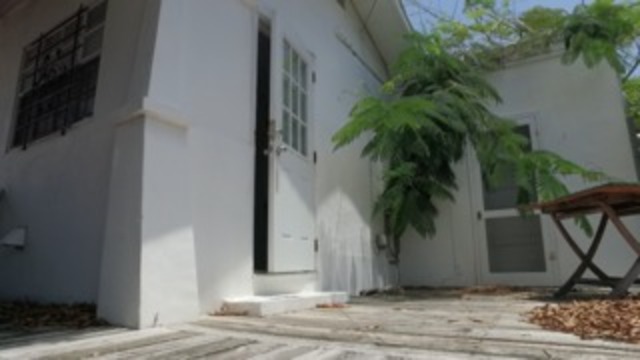 Burglary crimes are one of the most common, and yet nationwide, agencies solve about 13 percent of them. Locally, Contact 5 found some law enforcement agencies do even worse. 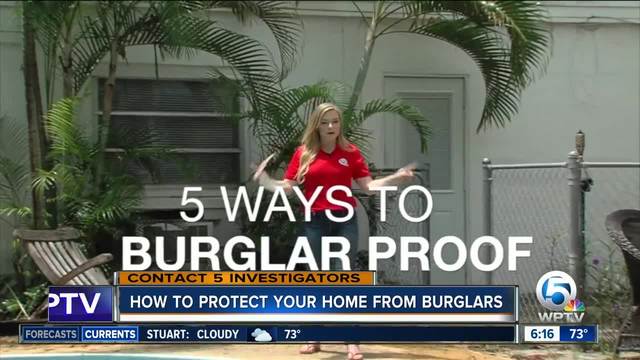 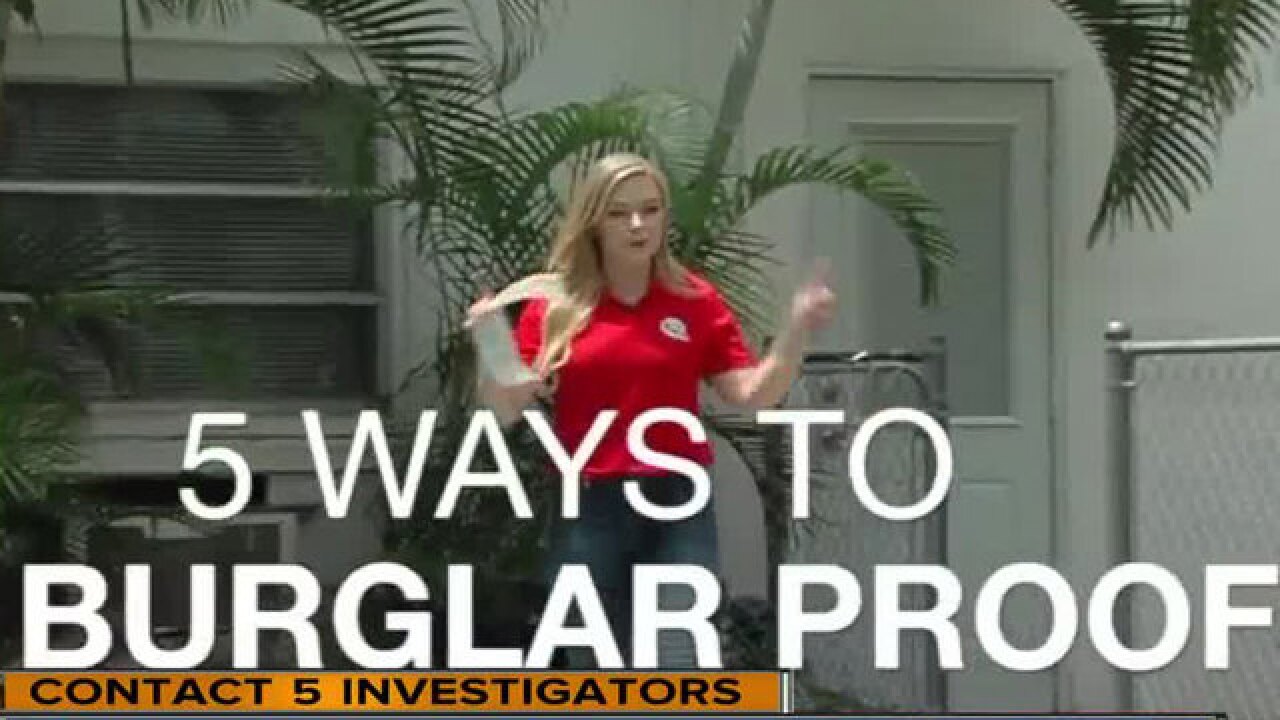 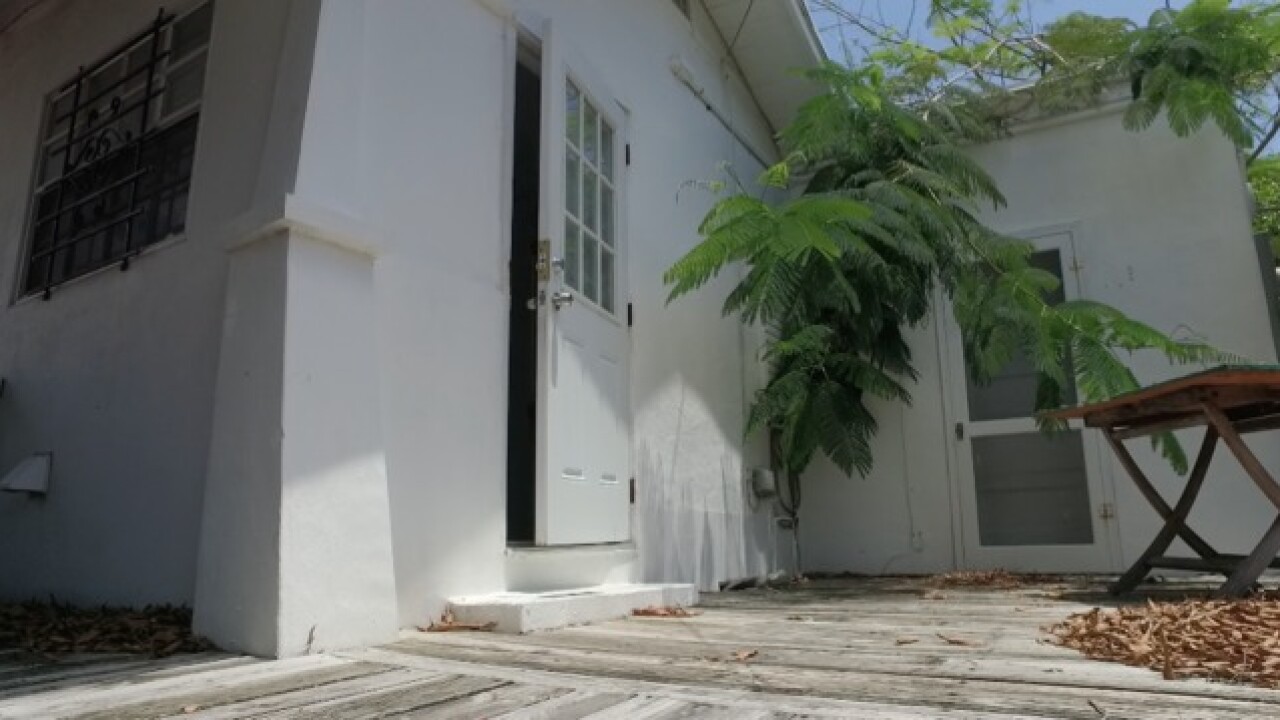 “The door was left open, and you can even see, there are still dents in the door,” Pollard said, showing the Contact 5 Investigators where she discovered the break-in.

“I walked into my bedroom, and everything was on the floor,” said Pollard. “All of my stuff had been touched, and you know it was malicious, because you didn’t have to do all of that. Later that night, I just broke down. I felt violated you know?”

Pollard lost almost $3,000 worth of personal belongings which included a handgun, sentimental jewelry and a computer storing all college work and digital photos. “I have no pictures from my entire college career now that aren’t on Facebook,” she said. “I didn’t get over that one for a long time.”

Burglarized in January, police still haven’t solved the crime. However, Pollard is not alone.

Nationwide, law enforcement agencies solve only 13 percent of all burglary crimes, and locally, some agencies do even worse.

Contact 5 looked at agency solve rates that were reported to the Florida Department of Law Enforcement from 2014 to the first half of 2017.

When we focused in on agencies which serve 6,000 people or more, we found Riviera Beach Police had the worst burglary solve rate, solving only 7.5 percent of all burglary crimes in their area in the last 3 and a half years.

If you live in an area more prone to break-ins, Officer Seth Buxton with the West Palm Beach Police Department cased a home for the Contract 5 Investigators and showed us exactly how he would shore up safety measures on the property.

“You want to utilize all locks,” said Buxton, “Not just the door knob lock, because this could be easily defeated by a credit card, a knife, or a screw driver.”

Buxton also recommends buying a pick plate or latch guard are your local hardware store. The metal plate screws into the front door and keeps burglars from chipping away at your door frame.

Inside, Buxton checks the windows. “Make sure your windows lock. For a small amount of money at the hardware store, you can get a new lock or crank.

“Close your blinds when you leave. Not only is it energy efficient, but it prevents thieves from peering in to your home.”

Next, Buxton says you should plant with a purpose around your windows. “Palm trees, plants, bushes? This is a problem because you can’t see who’s outside.

“We like to follow the ‘two-foot, six-foot rule’, where your ground cover is 2 feet or lower, and your tree canopy is 6 feet or higher.

“Bougainvillea? Another term would be hostile vegetation. Dual purpose: not only does it look pretty no one is going to want to jump into or climb through a big thorny bush.

The priciest item Buxton recommends? Security cameras. “Not only are they a great deterrent to would be thieves, but they also give police visual evidence.”

Using the same data we mentioned earlier, Contract 5 found agencies in in Fellsmere (39.51 percent), Lantana (30.65 percent), Port St. Lucie (30.18 percent) and Stuart (21.99 percent) solved the most burglary crimes in their counties. All did much better than the national average (13 percent).

Don’t worry. If you don’t live in one of those areas, there is one more thing you can do to burglar-proof your home.

“Lighting is the number one deterrent to crime,” said Buxton. “If there is anything you do for your home, add lights.”

You heard it from police: more lights, less crime.

Check out the graphic below to see how common burglary crimes are in your area. Can't see the graphic? View it here.

How we calculated each Burglary Arrest Ratio: