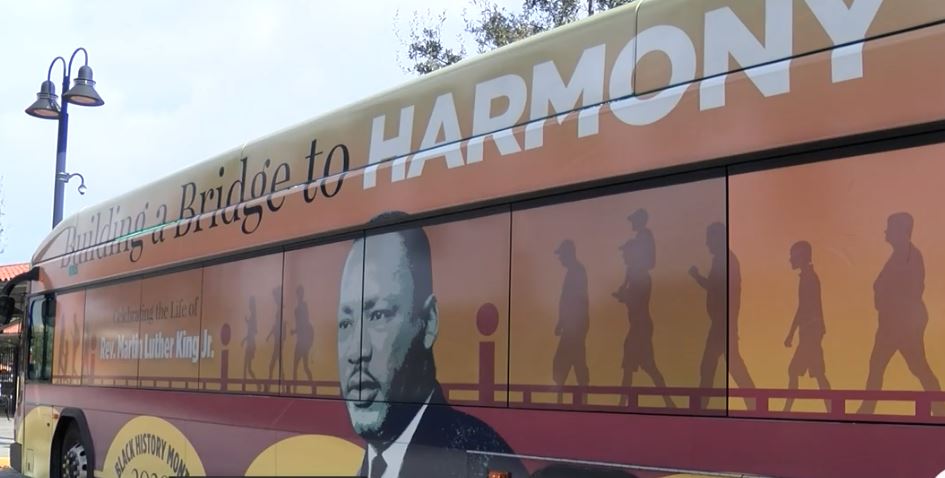 Teacher raises and abortion restrictions. Just some of what Governor DeSantis said he is looking for in this year's legislative session. 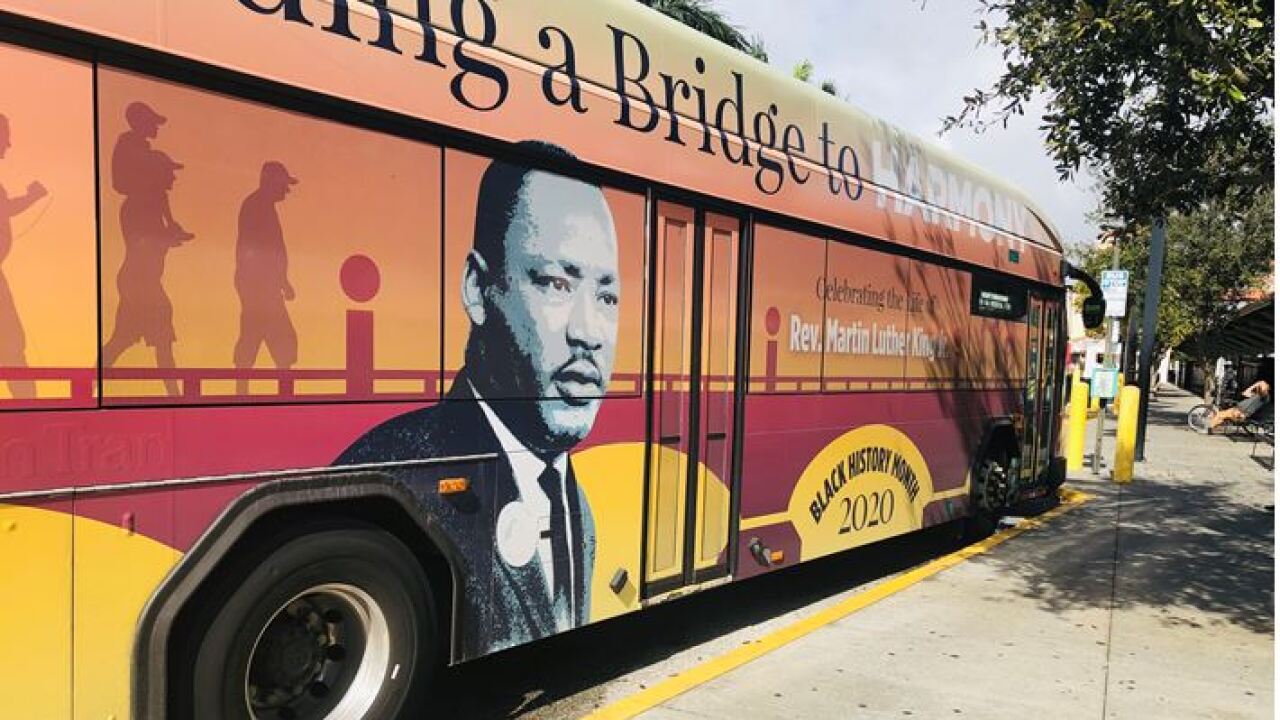 RIVIERA BEACH, Fla. — If you’ve seen a Palm Tran bus you’ve seen the ads for everything - from defense attorneys to flea markets. But there’s a unique bus featuring the words ‘building a bridge to harmony’ and a picture of Dr. Martin Luther King, Jr., that riders say grabs attention.

“That is more than a mobile billboard – that is a statement of life,” said Mario Francis, a Palm Tran bus rider.

For at least a decade Palm Tran has designed a bus in recognition of Black History Month and Martin Luther King Jr. Day. The bus travels throughout the county and eventually in the Riviera Beach MLK Day parade.

“It lets everyone know how important he is and what he meant,” said Laprice Williams, a 20-year Palm Tran bus operator.

Clinton B. Forbes, Palm Trans executive director says it also supports the company’s diversified and inclusive workforce. 70-percent of operators are black and led by an African-American. Forbes says it’s a stark contrast from what occurred 65-years ago when Rosa Parks refused to give up her seat to a white man.

“You have an African-American male leading a bus company in Palm Beach County,” said Forbes. “We look for the best in class first – including African-Americans. It’s something that you have to do intentional. You have to intentionally want a diverse community and a diverse organization. And if you’re in a position of power you can make it happen.”

“That’s a moment in history that means everything,” added Williams.

For the first time, Palm Tran will unveil a second bus featuring the names of African-Americans who made significant contributions to Palm Beach County. Look for that bus next month.