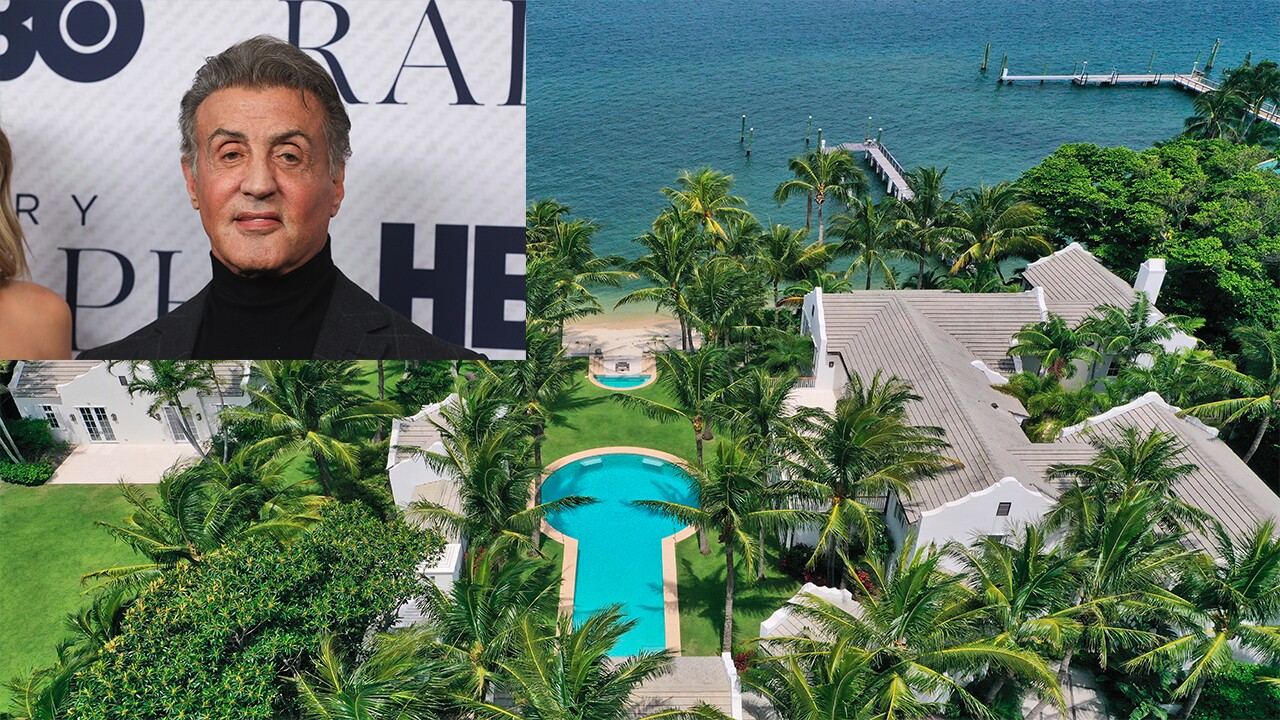 The Oscar-winning star of the "Rambo" and "Rocky" franchises has apparently purchased a Palm Beach mansion for a price tag of $35.375 million.

Knispel is a business manager to the stars who has handled finances for the likes of former NBA MVP Shaquille O'Neal and reality television star Kim Kardashian.

The deed shows that Ronald and Cindy McMackin sold the lakefront property, which they bought in September 2018 for $26.65 million. Ronald McMackin is chairman and chief executive officer of Pan-Pacific Mechanical, a California-based pipe manufacturing and installing company. Cindy McMackin is company president.

According to the Palm Beach Daily News, Southpaw Trust took out a $15 million mortgage from CIBA Bank USA.

The sale included the surrounding property, designated in the deed as Manana Estates.

Although a search of the Palm Beach County property appraiser's website did not show any record of the sale, a note on the listing indicates that sales "do not generally appear" until one to three weeks after the closing date.

Built in 2014 on the north end of the island, the property has 13,241 square feet of living space and includes a separate guesthouse, an open-air cabana, and a pool and spa overlooking the Lake Worth Lagoon.

The sale follows a report by the Palm Beach Daily News that Stallone had been house-hunting in Palm Beach.

Stallone has South Florida ties. He owned a home in Miami in the 1990s and attended the University of Miami before achieving Hollywood status. His father, Frank Stallone Sr., died in 2011 in Wellington, where he had a home.