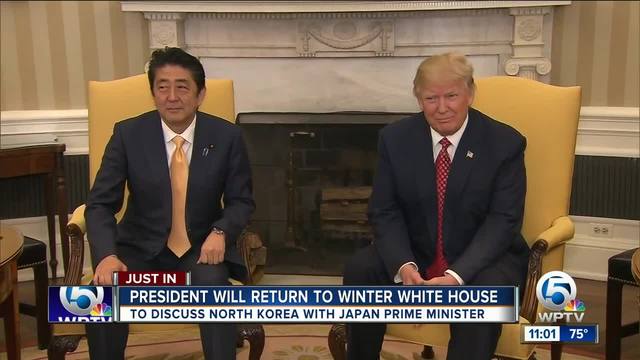 President Donald Trump will host Japanese Prime Minister Shinzo Abe at Mar-a-Lago later this month, according to the White House. 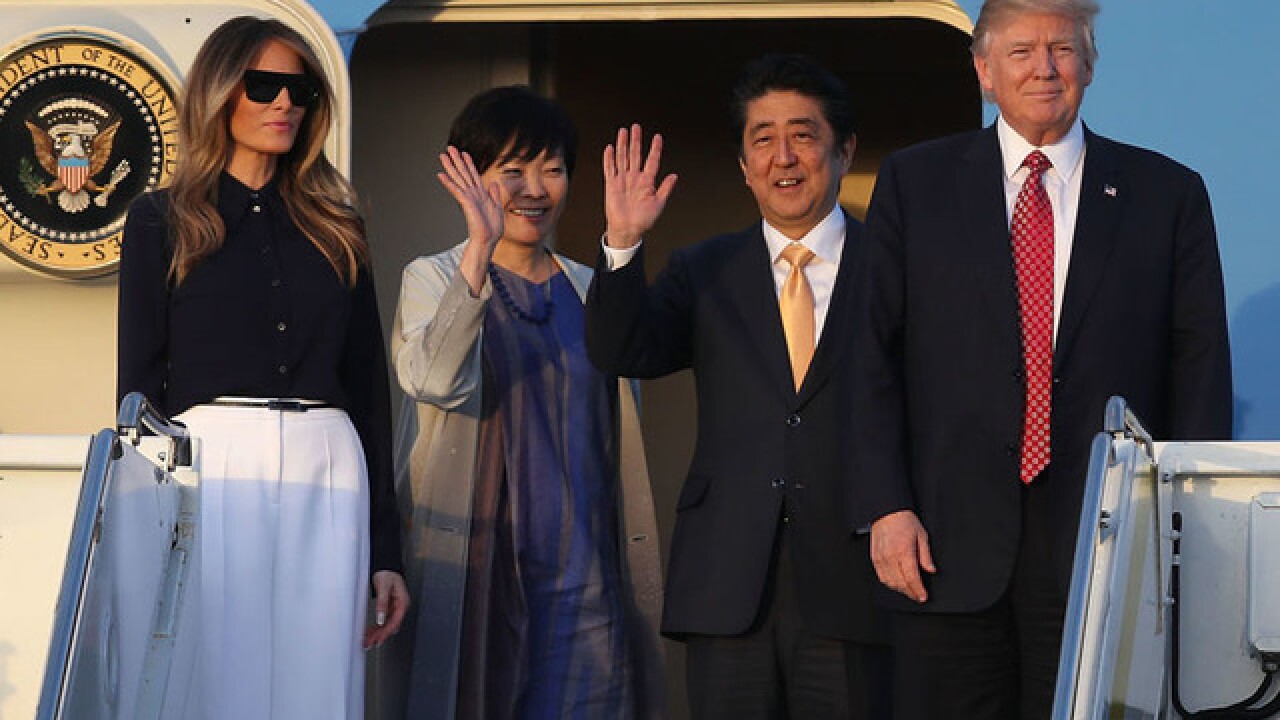 President Donald Trump will host Japanese Prime Minister Shinzo Abe at Mar-a-Lago later this month, according to the White House.

A statement from the press secretary says Trump will host Abe from April 17-18 at the Palm Beach home and private club. This will be the two men's third summit meeting, according to the White House.

The meeting comes weeks ahead of a planned meeting between Trump and North Korean leader Kim Jung Un in May. No official date for that meeting has been announced.

According to the White House statement, the Mar-a-Lago meeting with Abe will "reaffirm the United States-Japan alliance as a cornerstone of peace, stability and prosperity in the Indo-Pacific region.

"The two leaders will discuss the international campaign to maintain maximum pressure on North Korea in advance of President Trump's planned meeting with North Korean leader Kim Jong Un. President Trump and Prime Minister Abe will explore ways to expand fair and reciprocal trade and investment ties between the United States and Japan, two of the world's wealthiest and most innovative economies."

During the weekend, someone splashed red paint on the sign outside the president's Trump International Golf Club in West Palm Beach.