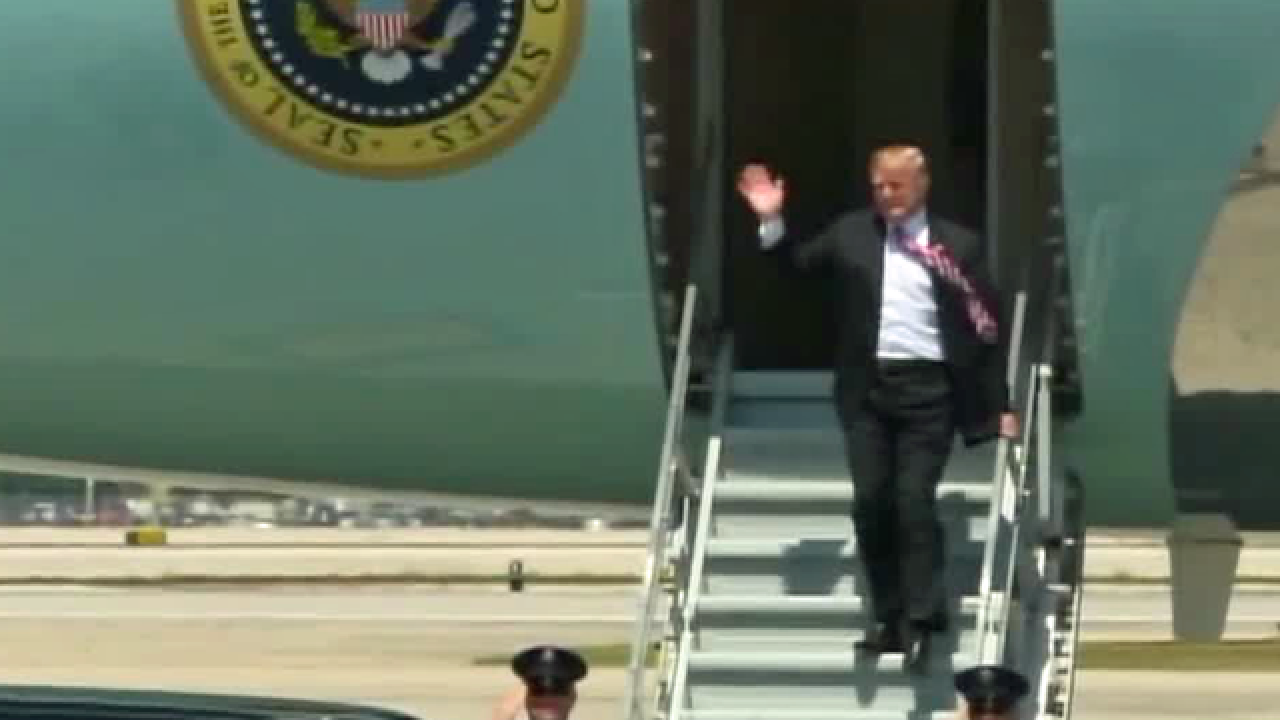 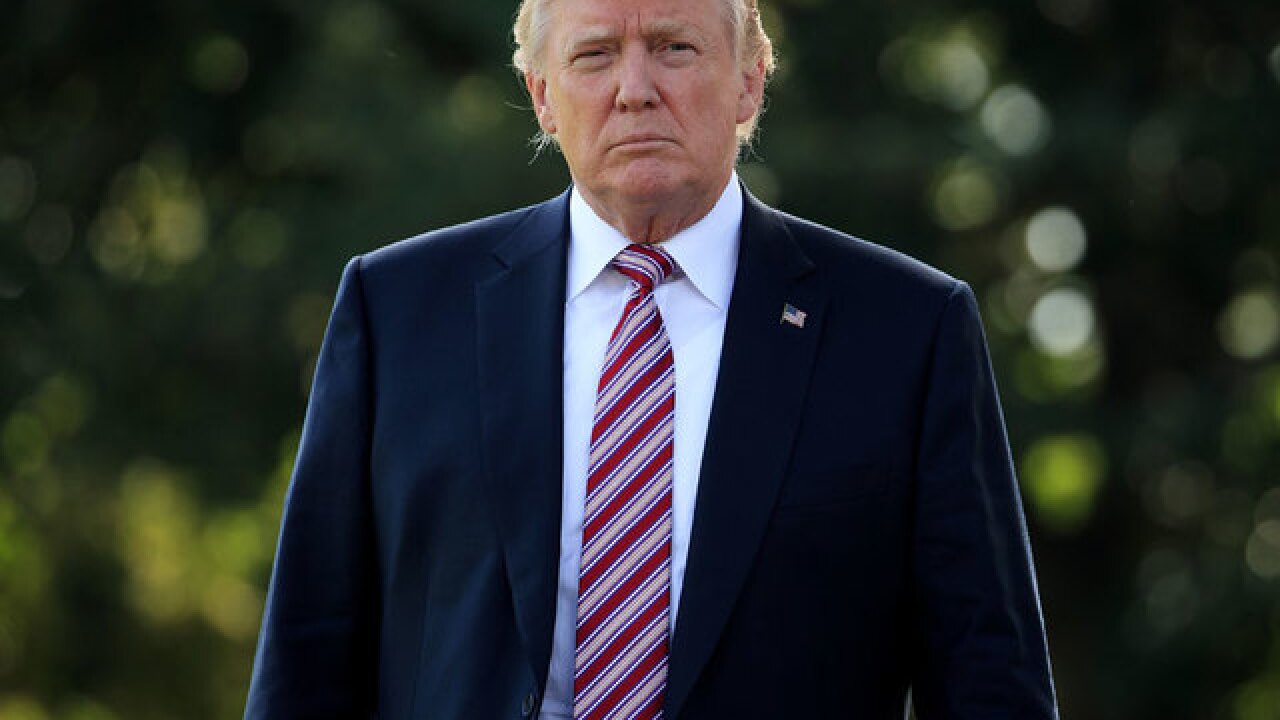 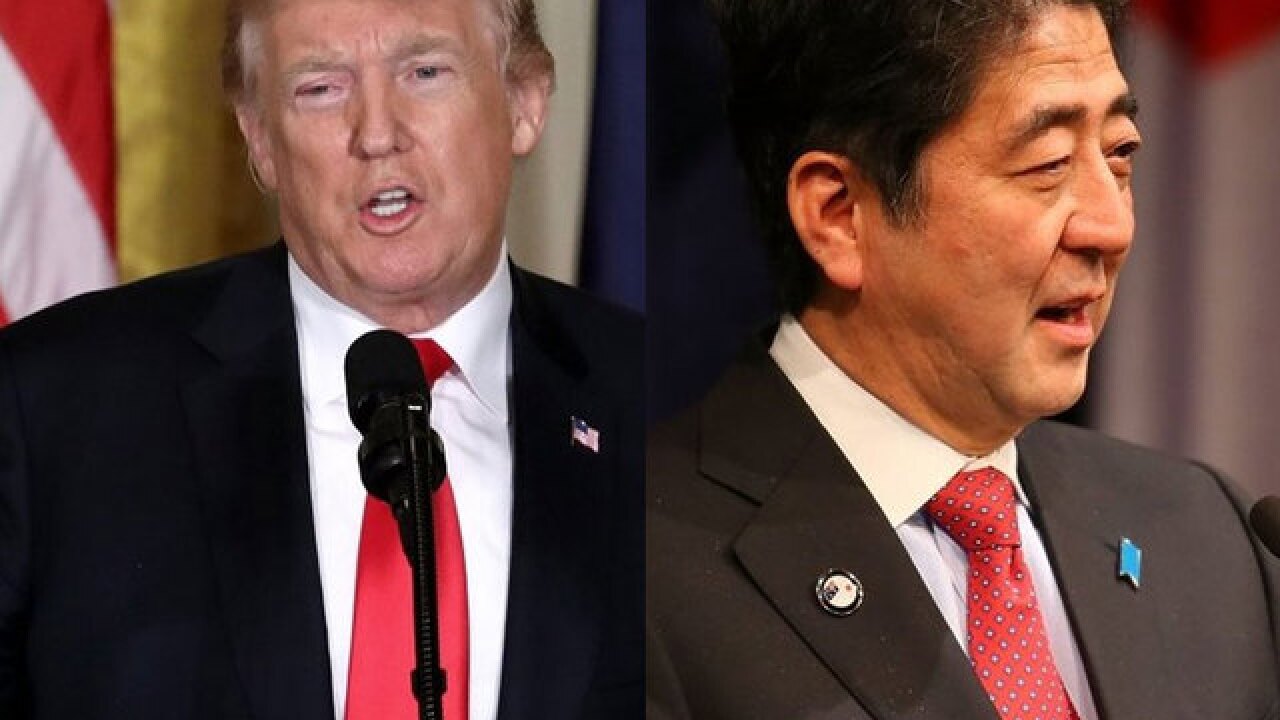 PALM BEACH, Fla.-- President Donald Trump is in Palm Beach ahead of a meeting with Japanese Prime Minister Shinzo Abe.

Trump left Washington, D.C. around 9:50 a.m. and landed in Miami shortly after noon.

The president then held a roundtable in Hialeah regarding tax cuts for small businesses.

Speaking a day before the personal income tax filing deadline, Trump said: "This is the last time you're going to fill out that long, complicated, horrible return."

He said next year, once the tax law is fully implemented, filing a federal return will be "simple and easy to do."

Trump said the country is "starting to really rock" with businesses coming back to the country and corporations facing fewer regulations.

He also praised his new national security adviser, John Bolton, for Friday's air strikes in Syria. As the crowd applauded, he joked, "Are you giving him all the credit? You know that means the end of his job."

According to the White House, the president’s upcoming meeting with North Korean leader Kim Jong Un will be a focus of the meeting with the Japanese prime minister.

The president and Japanese prime minister are also expected to discuss bilateral trade relationship between the two countries.

Sheriff Ric Bradshaw spoke about the extra security for the meeting of the two world leaders.

"There’s a lot of different cultural things that they go through. Protesters are going to protest different things, and we need to pay attention to that, but we do our homework ahead of time, and we work with their security detail. It was a good exercise when the president of China was here," said Bradshaw.

President Trump was expected to depart Palm Beach County on Thursday. However, it now appears he will travel to the Keys on that day and then return to Palm Beach.

He will visit the Joint Interagency Task Force South anti-smuggling center in Key West, according to keysnews.com.

The town of Palm Beach posted on its website that drivers should expect traffic delays in and around Mar-A-Lago through Sunday, April 22.  The FAA also has posted temporary flight restrictions at PBIA through Sunday.