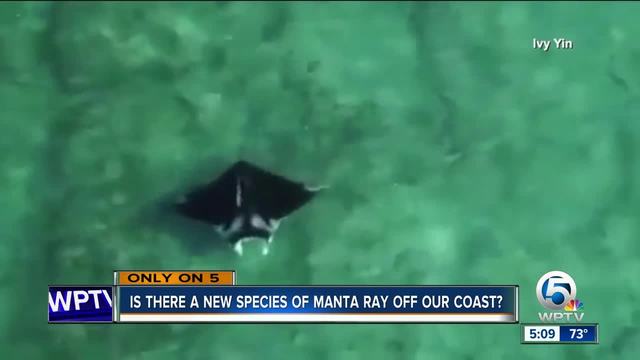 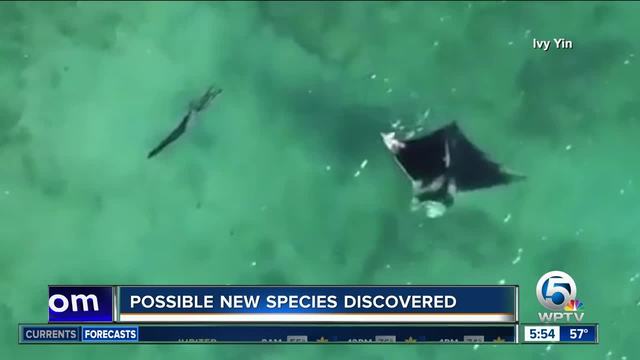 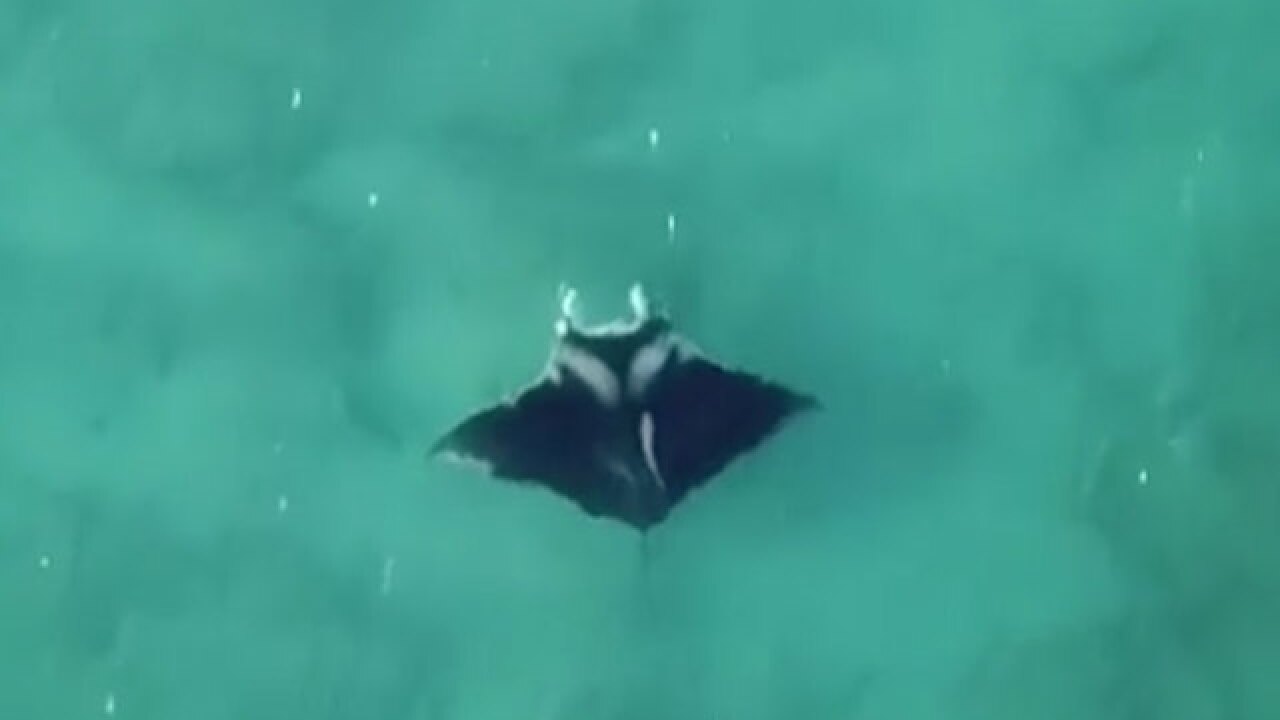 "You never know what's out there," said beachgoer Missy Garrett.

"Not able to harm you," said Jessica Pate with the Florida Manta Project.

She says this is possibly a third new species her team has been studying for several years now.

There's the Oceanic manta ray, the reef manta ray, and this new species she says.

"Difference in morphology and their coloration and their teeth," said Pate.

She says this new species may be calling the western Atlantic home.

"Have been juveniles or not mature which means this could be a nursery habitat," said Pate.

"It is beauty and we need to respect it," said Garrett.

Wow! Check out this drone footage of a #mantaray off #palmbeach! I’ve been told it’s possibly a new species discovered in #florida 👍🏽 video by Ivy Yin from #OurChildrensEarthFoundation#ocean#beachpic.twitter.com/ehXgmWI94I

This morning I was lucky to spot this #Manta off Palm Beach Island. I sent the video to Dr. Andrea Marshall the @queenofmantas and co-founder of the @marinemegafauna foundation. Dr. Marshall said they are studying this species here in southeast #Florida and it could be a new species. Dr. Marshall and her team suspect southeast Florida is a nursery habitat and it's important that attention is given to conserving this species and its habitat. . . #ourchildrensearth #atlanticcurrent #mantamonday #citizenscience #fieldwork #protectwhatyoulove #planetocean #science #nature #education #conservation