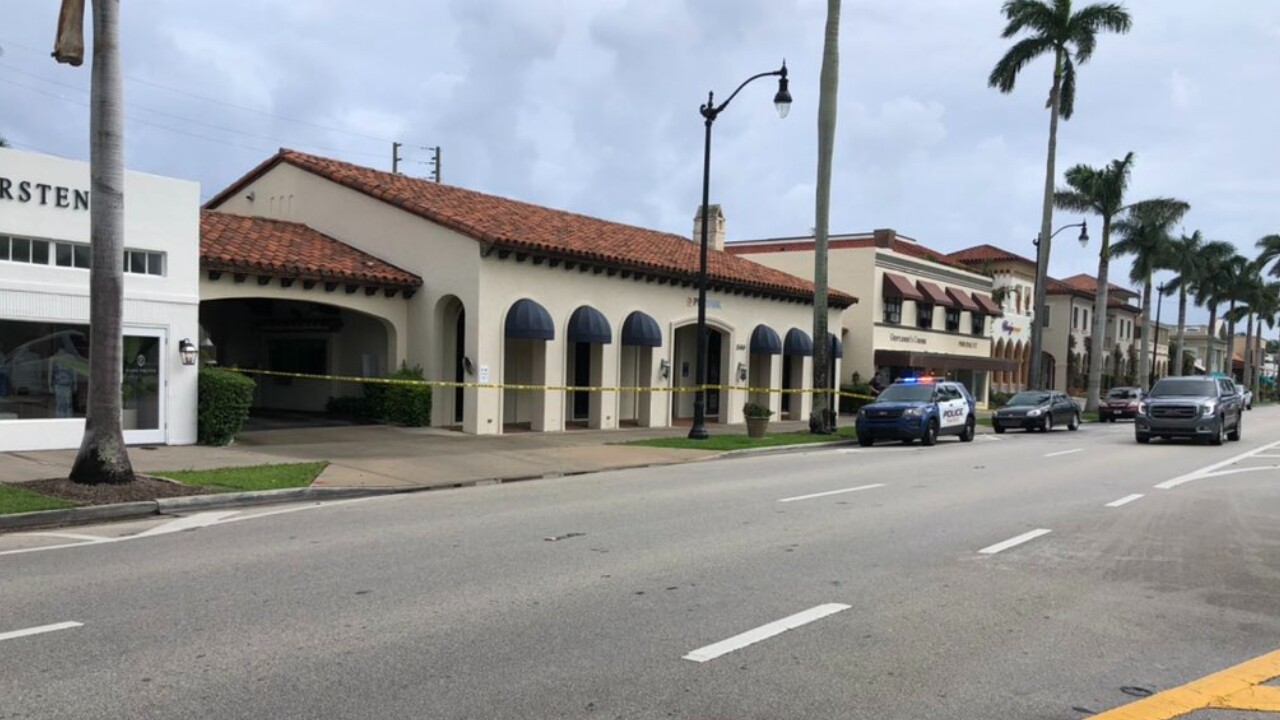 Copyright 2020 Scripps Media, Inc. All rights reserved. This material may not be published, broadcast, rewritten, or redistributed.
WPTV
Police investigate a robbery at a PNC Bank on Royal Poinciana Way in Palm Beach.

PALM BEACH, Fla. — Police and a SWAT Team responded to a bank on Palm Beach on Thursday morning after a man jumped over a counter and demanded money, authorities say.

According to police, the would-be crook entered a PNC Bank, located at 245 Royal Poinciana Way, just after 9 a.m.

Police said he demanded money and hopped over a counter. The tellers ran out of the bank and called 911.

Officers and a SWAT Team responded to the building and took the man into custody within minutes.

No one was hurt and no weapon was found.