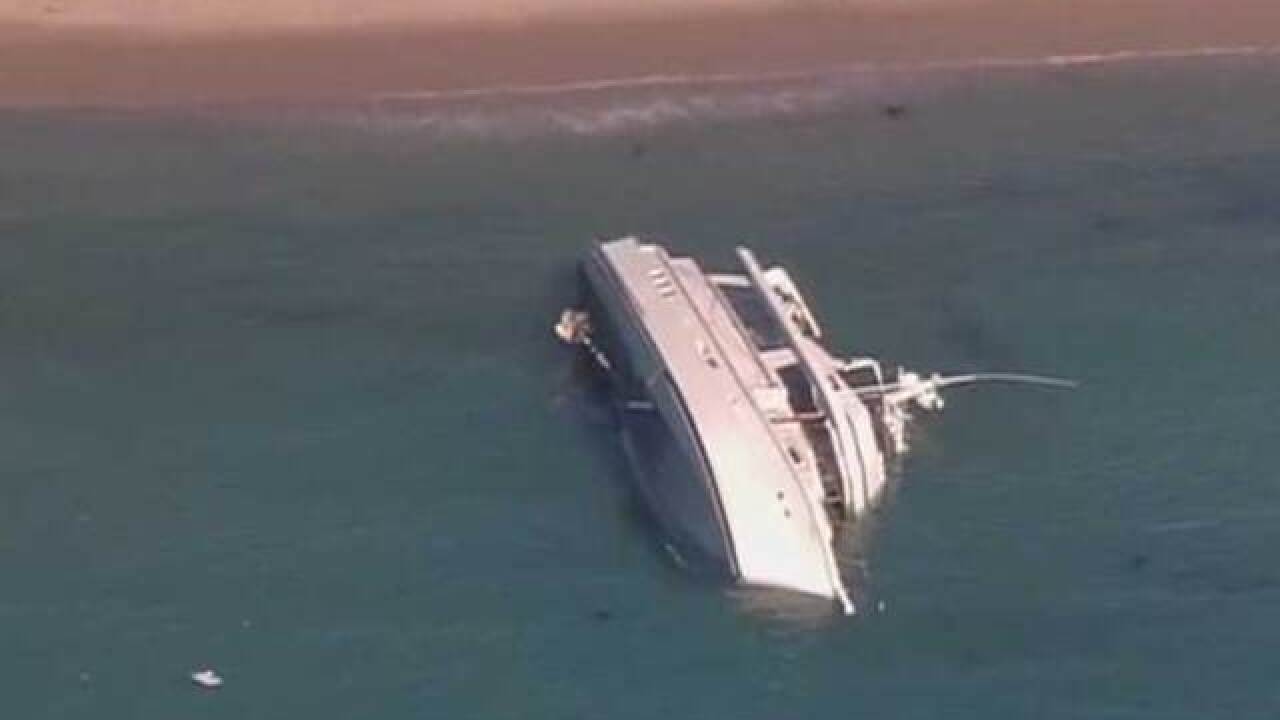 (PALM BEACH, Fla.)-- What was once a massive mess along the north end of Palm Beach is now a legal mess and it has many beach lovers, like Diane Buhler, mad.

“It’s extremely frustrating. It’s a pathetic situation, it just shouldn’t be,” she said.

Buhler and her organization have been helping to clean up the litter from the 72 foot yacht that ran aground in early September.

Last week they were still picking up the pieces.

“We found all sorts of different pieces of the boat still,” she said. “We were left to clean up his (the owner’s) mess and he didn’t seem to have an ounce or shred of regret or decency in him”

So it did not surprise Buhler to find out the man who ran the boat ashore, Thomas Baker, is now suing the town and its police department for $450,000 to cover his losses.

That’s despite the fact police arrested Baker for boating under the influence.

“It seems par for the course for his life. He’s blaming everybody else but himself,” Buhler said.

According to the complaint filed in federal court, Baker claims that the town and the police department had a legal obligation to secure and tow his property when he was arrested and Baker says they didn’t do that.

“They have to make sure they secure the vessel or the vehicle and it's not left in any way where it can be damaged or destroyed or cause other damage or destruction,” explained Baker's attorney Jody Foster.

“When the police showed up, they refused to let Mr. Baker make those arrangements. And they took him off to jail arresting him for BUI, but they failed to make the arrangements,” said Foster.

Foster said because of the bad weather and rough water conditions, by the time Baker was released from jail and able to attend to the yacht, it was already too late to have it towed.

"At that point it was taking on water and sand," said Foster.

That lawsuit, however, isn’t going over well with the people who say he should take responsibility

“This will drag on for a while and it’s unfortunate for the taxpayers for the town. They all worked so hard to remove this boat, do the right thing, get it done and now to have this thrown in their face, it’s really just pathetic.”

The town doesn’t comment on pending litigation but does plan to fight the complaint.