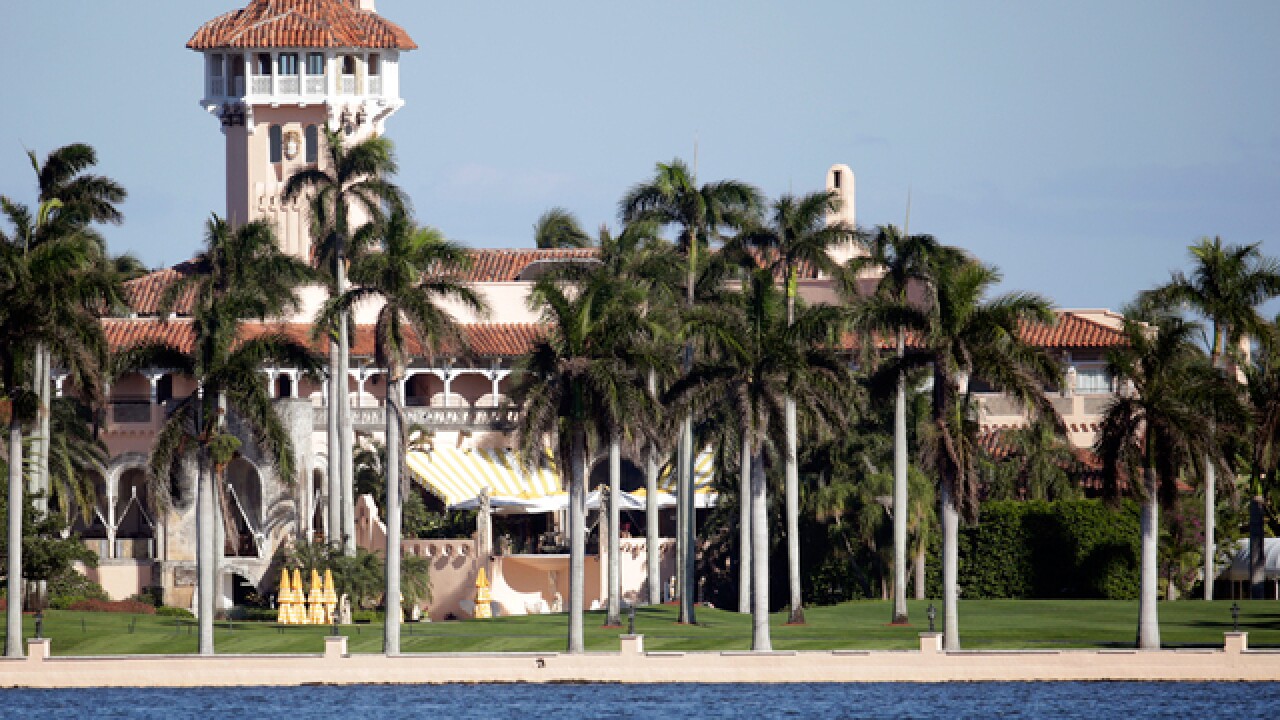 While most places tend to quiet down on a major holiday, there was one spot that was pretty busy Thursday.
It’s that spot right along the Intracoastal that looks out at Mar-a-Lago.

That’s where President-elect Donald Trump is spending his Thanksgiving holiday.

“Theres a lot of security,” said tourist Kristen Winkler. “In fact we were afraid that we wouldn’t be able to see it.”

It’s true, the entire area is crawling with secret service and security.

Winkler and her family are vacationing from Texas. They added this extra stop to their vacation itinerary.

“They said he was going to celebrate Thanksgiving here so we decided to add that to our calendar so we could drive by and see where he lived.”

Like so many out there, they were just hoping to get a glimpse of the soon-to-be-president from afar.

“I was hoping I was going to see him,” said Winkler’s daughter Savannah. “But this is the first time I’ve been this close to a president.”

While they didn’t see him in person, the President-elect is still staying in the public eye.

First with his Thanksgiving day video where he tells the nation, “It is my prayer that on this Thanksgiving we begin to heal our division and move forward as one country.”

Then he also tweeted Thursday, reminding the country he’s still working to keep jobs in America, even on Turkey day.